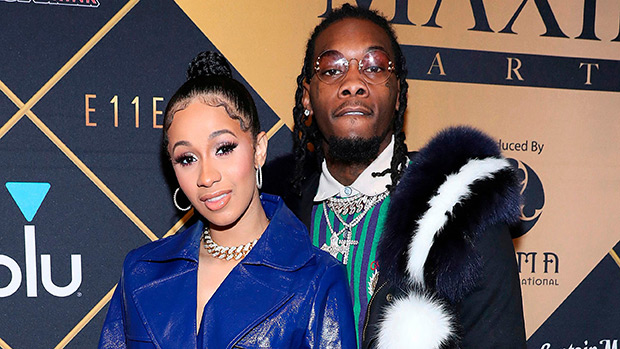 Offset is missing his wife! The Migos rapper is reportedly doing anything in his power to win back Cardi B after she announced their split on December 5! But, he apparently feels like he’s at a disadvantage. Here’s what we know!

It’s been five days since Cardi B, 26, announced that she is no longer with her husband, Offset, 26. But, the Migos rapper is apparently pulling out all of the stops to win her back. Before she made the announcement [via Instagram video] on December 5, Offset was already desperately trying to save their marriage, a source tells TMZ. As you may know, even Cardi acknowledged in the video that they’d been working on their relationship “for a hot minute now.”

Following their split, alleged flirty text messages between Cuban Doll and Offset surfaced, which didn’t make him look good after the couple had already battle cheating scandals in the past. When the texts emerged, Offset reportedly tried to prove to Cardi that nothing came of the text conversation, and that he wasn’t stepping out on his marriage. However, that seemingly did not work because Cardi has been without her diamond engagement ring, and she apparently unfollowed Offset on social media. Oh and, did we mention that she threw up the middle finger while rapping about him on “Bartier Cardi” during Jingle Ball in New York.

Meanwhile, Offset feels his greatest challenge now is to regain his wife’s trust, the source says. While he plans to get her back, Offset reportedly feels like he could fail because of his haters, who keep filling Cardi’s social media posts with negativity about him. The “Money” rapper reads blogs and comments, the insider notes, therefore, Offset feels like he’s up against all of that. But, he’s reportedly made it clear to friends that he only loves Cardi and their daughter, Kulture. Offset plans to take every chance he can to save his family, the site reports.

It’s been no secret Offset has been missing Cardi. Seriously, he tweeted that he misses Cardi on December 9, just four days after she announced their split.

Then, there’s a woman by the name of Summer Bunni, who was also alleged to have had relations with Offset while he was married to Cardi. In fact, it was reported that the two hooked up right before the birth of Cardi and Offset’s first child. Bunni, a 20-year-old model, who’s appeared in a music video for Nicki Minaj, addressed the situation online and in an emotional video to TMZ. In a tearful video, she cried and even apologized to Cardi for any pain she may have caused her. While she never admitted to hooking with Offset, she did say, “I have not messed with Offset since he had his baby.” Kulture was born in July. So, you can take that however you’d like.

Meanwhile, although Cardi and Offset have split (for now), they are still legally married. Cardi said during the split announcement that they may look into getting a divorce. But, we’re rooting for this couple! Hopefully they can work things out.

Is stretching the new fitness trend you should try?
World News