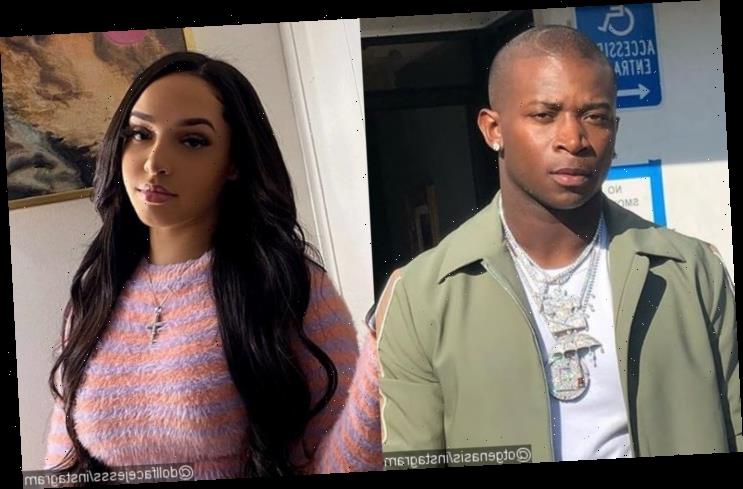 Hours later, the model, who is apparently named Jessica, seemingly responds to the allegations, denying them by posting on her Instagram account an emoji of a cap.

AceShowbiz –O.T. Genasis is calling out a model named Jessica. Making use of his Instagram account, the Long Beach rapper attempted to find the model, who allegedly stole some blings from a friend of his, by attaching her picture.

“THIEF ALERT,” Genasis wrote in the caption. Asking for help from his followers to locate Jessica, the “Everybody Mad” spitter added, “SHE STOLE DA HOMIE JEWELRY. NOW THIS THIEF IS FROM NEW YORK AND ALOT OF US KNOW WHO YOU ARE…IF DAT S**T DONT COME BACC ..WELL ..YOU GET IT.”

“ANY ADDY SEND TO ME DM’S ..OH HER NAME IS @dollfacejesss YOU FROM LONG ISLAND RIGHT?” so he added. Before he deleted the post, fellow rappers Meek Mill and T.I. were seen commenting with emojis.

Hours later, Jessica appeared to respond to the allegations. She seemed to denying the accusations by posting on Instagram Stories an emoji of a cap, alluding that the accusations were nothing but lies.

Fans were not impressed with O.T.’s move. “Did he just threaten a whole woman on social media now if something happens to shawty don’t cry asking for Kim kardashian attorney at law,” one of them wrote in the comment section of an Instagram post.

One other said, “i don’t even feel sorry for these dudes. they be groupies for groupies. what you expect.” One fan added, “Stop inviting random people into your personal space then.” Another fan wrote, “How is it ok for this man to openly threaten this female and antagonize her??? Smh I hope he goes to jail.”

That aside, O.T. may be busy after welcoming his child, baby boy named Ace, with ex Malika Haqq in March. Malika, however, previously slammed the hip-hop star for being not being involved in completing their son’s nursery.

In a September episode of “Keeping Up with the Kardashians, Malika ranted about wanting get the little one’s room done “sooner rather than later.” However, it might be hard because O.T. was “no f***ing help,” so she told Khloe Kardashian. The “Famously Single” alum, who was pregnant at the time, added, “I just need to get a handyman here to put his crib together because his dad doesn’t do stuff like that.”