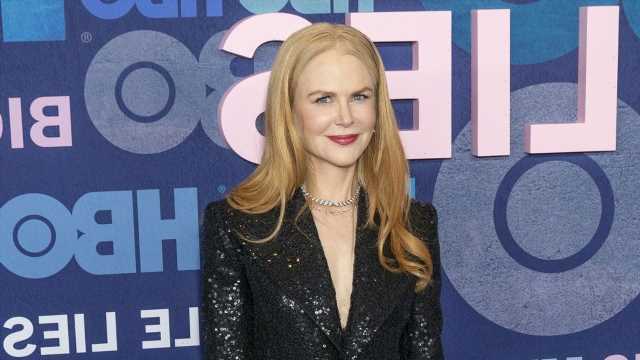 Nicole Kidman Says She Regrets Not Having More Children

Nicole Kidman always wanted a big family. In a cover story for Marie Claire Australia, the 54-year-old actress reveals that her regret in life is not having more children.

Kidman shares two daughters, Faith, 10, and Sunday, 13, with her husband, Keith Urban. The actress and her ex-husband, Tom Cruise, are also parents to two adult children, Connor, 26, and Bella, 28.

“I wish I’d had more children, but I wasn’t given that choice,” Kidman says, alluding to her fertility struggles. “I would’ve loved 10 kids.”

In 2018, Kidman opened up about the first of two miscarriages she suffered while married to Cruise, telling Tatler that the experience caused her “massive grief.”

“There’s a huge, aching yearning. I know the yearning,” she said at the time. “And the loss! The loss of a miscarriage is not talked about enough.”

Following the miscarriages, Kidman and Cruise adopted their children. When the actress married Urban, she gave birth to her elder daughter, and later welcomed her youngest via surrogate.

While Kidman had hoped to welcome more children into her family, she’s thankful for the kids she does have in her life.

“[It’s] OK because I get to mother other children. I have six nieces and nephew and I’m godmother to 12,” she tells Marie Claire Australia. “I love mothering, I love kids: they’re quirky, funny and unfiltered. And then you get to see them grow and send them on their way.”

Kidman is likewise satisfied in her marriage to Urban, calling their love story “an absolute miracle.”

“Two Aussies born in the same year, but living in different worlds and cities, how did that happen?” she says of Urban, whom she wed in 2006. “It was meant to be.”

Her professional life is also cause for celebration, with the success of Big Little Lies and The Undoing, as well as the recent premiere of her new series, Nine Perfect Strangers.

“I’m shocked and astounded, but also incredibly proud and grateful because I know what it means to get here,” she says of her career success. “Everything is hard-earned; none of it’s handed on a platter. Not for me, nor my husband. Keith always says that every brick in this house is a gig. We never forget that.”