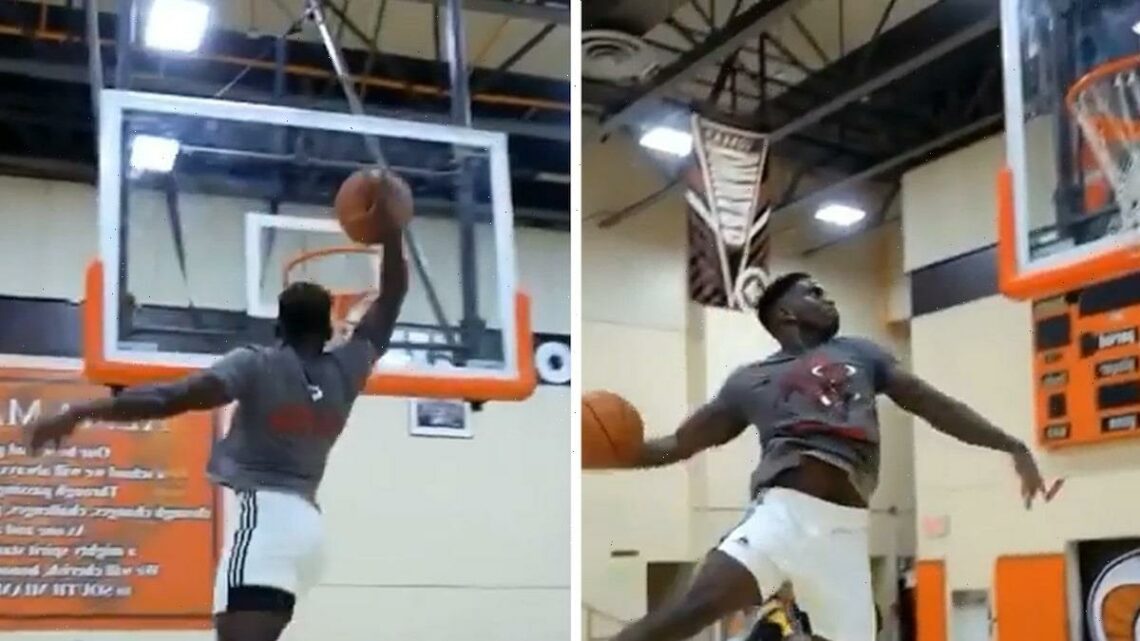 PUT HIM IN THE DUNK CONTEST!!!

Here’s NFL superstar Tyreek Hill lighting up a high school gym in Miami like he’s a young Nate Robinson … and the video is awesome!!

The 5’10” wideout celebrated his 27th birthday on Monday by hitting some VERY IMPRESSIVE acrobatic dunks — including a 360 and a windmill!!!

Yeah, we know he can run … but Cheetah can JUMP OUT THE GYM!!

After the dunk show, Hill played some pickup and flexed his hops all over the court — while casually knocking down 3 pointers.

Look, this is just another example of Hill’s freak athletic ability — the guy is just built different.

It appears Hill played a little basketball in high school — but his main focus was on track and football.

And yeah, that worked out for him … but it makes you wonder how good of a hooper could Hill have been if he focused on basketball growing up?