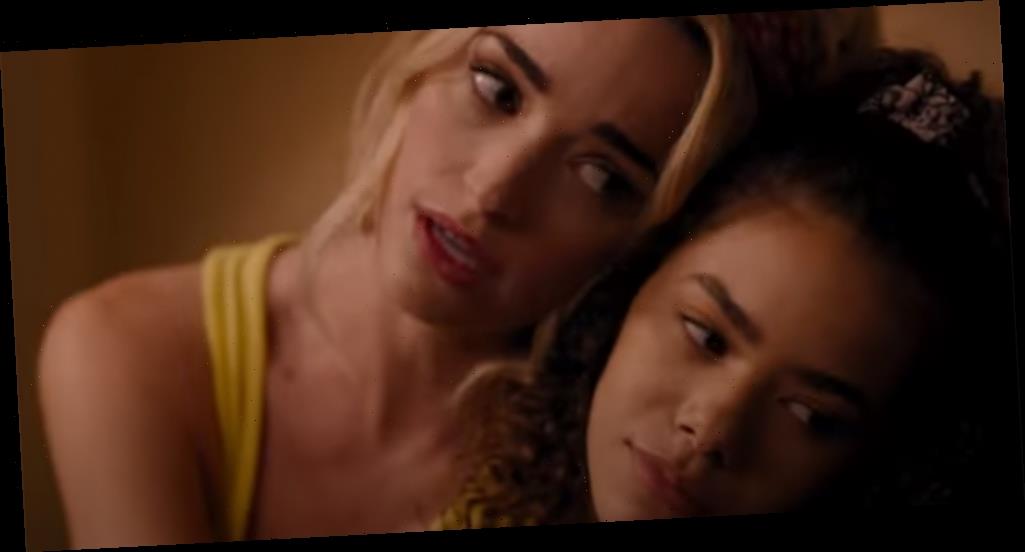 The trailer for Ginny & Georgia is here!

The upcoming new series stars Brianne Howey and newcomer Antonia Gentry as the title characters, and premieres February 24 on Netflix.

Here’s a synopsis: Angsty and awkward fifteen year old Ginny Miller (Gentry) often feels she doesn’t measure up to her thirty year old mother, the irresistible and dynamic Georgia Miller (Howey). Growing up on the move, Georgia desperately wants to put down roots in picturesque New England and give her family something they’ve never had…a normal life. But it’s not all carpool and Kombucha as Georgia’s past follows them to threaten her and her family’s fresh start.

“As a young girl, I always wanted to watch a TV show that had a heroine who looked like me and Ginny was finally THAT GIRL!” director and producer Anya Adams shared.

“Her story was compelling and exciting and I wanted to be a part of bringing that to life. The opportunity to be part of creating a coming-of-age series with an all-female creative team that is centered on a mixed-race young woman was ultimately the draw for me.”

“We wanted Ginny & Georgia to be a fun, feel-good ride about women, by women, for everyone; one that depicted a nuanced and complicated mother-daughter relationship, and layered female friendships in a way that isn’t always seen in shows,” showrunner Debra J. Fisher added.

Spoilers: Callum and Ben engaged after second proposal in EastEnders