Home » Celebrities » Netflix Just Axed All Its Marvel Shows, And Fans Are Not Happy 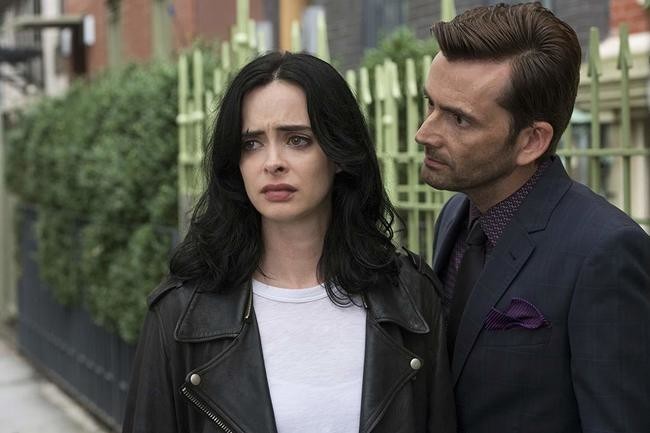 Netflix Just Axed All Its Marvel Shows, And Fans Are Not Happy

And just like that, Netflix has nixed all its Marvel shows.

Similar to the way Thanos annihilated half the world’s population with the snap of his fingers, the streaming behemoth is purging the last of its Marvel programs. This week, the streamer announced The Punisher (which just dropped its sophomore season) and Jessica Jones (which will stream its third and final season later this year) are both cancelled. The shows join a pool of other Marvel-produced programs recently kicked off the platform, including Daredevil, Luke Cage, and Iron Fist.

“Marvel’s ‘The Punisher’ will not return for a third season on Netflix,” Netflix wrote in a statement to Variety. “Showrunner Steve Lightfoot, the terrific crew, and exceptional cast including star Jon Bernthal, delivered an acclaimed and compelling series for fans, and we are proud to showcase their work on Netflix for years to come. In addition, in reviewing our Marvel programming, we have decided that the upcoming third season will also be the final season for Marvel’s ‘Jessica Jones.’ We are grateful to showrunner Melissa Rosenberg, star Krysten Ritter and the entire cast and crew, for three incredible seasons of this groundbreaking series, which was recognized by the Peabody Awards among many others. We are grateful to Marvel for five years of our fruitful partnership and thank the passionate fans who have followed these series from the beginning.”

This great migration of all Marvel series from Netflix to… who knows where (?) marks the end of the creative partnership between the two camps, which started in 2013. The announcement was (unsurprisingly) met by the wrath of fans, who expressed disappointment their favorite shows were given the ax.

Not all hope is lost, though. In the letter Marvel TV president Jeph Loeb addressed to fans, he teased the futures of the axed superheroes.

“It had never been done before. Four separate television series, each with different super-talented showrunners, writers, directors, cast and crew, coming out months apart,” the letter began. “And then they would meet in a single event series all set in the heart of New York City. We called them The Defenders. And together we were thrilled by stories of Daredevil, Jessica Jones, Luke Cage, Iron Fist and even the Punisher joined in!”

He went on to acknowledge the cast and crew who “loved each and every minute” working on the shows, and thanked the fans who made the shows possible in the first place. Loeb closed the letter with a subtle jab at Netflix. While the streamer may refuse to continue telling the heroes’ stories, we can expect their return in the near future.

“Our Network partner may have decided they no longer want to continue telling the tales of these great characters… but you know Marvel better than that,” he shared. “As Matthew Murdock’s Dad once said, ‘The measure of a man is not how he gets knocked to the mat, it’s how he gets back up.’ To be continued…!”

As Disney is kickstarting its own streaming service, it’s possible the shows will be picked up once it launches. It could be that Netflix ended its partnership prematurely to save on the licensing fees it bleeds out to pay for the streaming rights. Now that Disney has merged with 20th Century Fox, we can expect its streaming platform to be even larger and more comprehensive than Netflix ever was.

What Is In Store For Jordyn Woods' Career Now That She's Been Cut Off From The Kardashian Family?
World News