Home » Celebrities » My friend Charlie Watts: Listen to a Stones record and he’ll be there 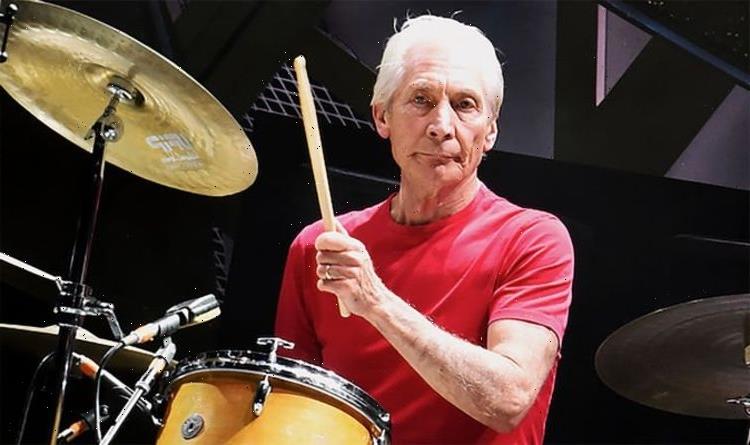 My friend Charlie Watts: Listen to a Stones record and he’ll be there 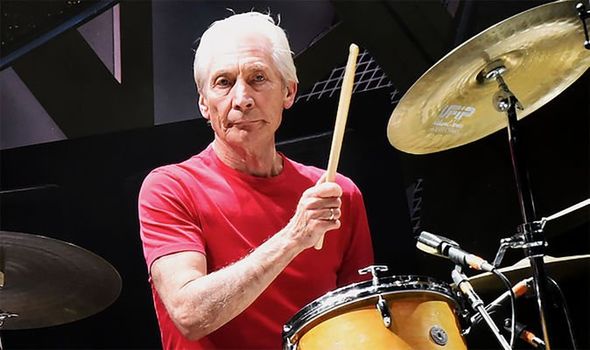 Detached from the audience behind the shield of his drum kit, Charlie Watts was never more comfortable on stage than when a flamboyant frontman was hogging the limelight. The frontman that night was not Mick Jagger but Simply Red singer Mick Hucknall, and the venue – Pizza Express in London’s Soho – was a far cry from the vast stadium shows Charlie played with the Rolling Stones.

Seated not far from Charlie, who died on Tuesday, was his good friend Kenney Jones, drummer with the Small Faces, Faces, and The Who.

“That was the last time I saw my friend,” said Kenney yesterday, of that small gig in 2016. “He was with his jazz band and he loved playing those small venues and that night he got Mick up on stage to sing a number. He was happy.”

Kenney and Charlie go back decades, to the start of their respective musical careers in a past that mirrored one another’s throughout their lives. Both born Londoners, seven years apart in age – Charlie was the older – they share a passion for jazz and a pared-back drumming style.

“We were a mutual appreciation society, there was never any rivalry between us as drummers,” says Kenney. “We loved each other because we both loved jazz, so we talked about that and the 1960s and our musical influences.”

Kenney, 73 next month and living in Cranleigh, Surrey, with his wife Jayne, remembers clearly the first time they met.

“It was 1965 and the Small Faces had signed to Immediate Records, a record label started by The Stones’ manager, so we were introduced and then we saw a lot of each other at that time.

“Charlie was always the steady rock of the band, both off stage and on stage playing,” says Kenney. “He was right on the money, fitted in from the start like a hand in a glove with the rest of the Stones. It was a privilege to know him.”

The drummers’ paths crossed over the years as Kenney’s career took off. Following the departure from the Small Faces of Steve Marriott in 1969, Rod Stewart took over as lead singer and the Stones’ own Ronnie Wood joined on guitar, and the band changed its name to the Faces.

Kenney is delighted to have reunited with Rod and Ronnie while working on a studio album to prepare for a Faces UK and US tour – scheduled to mark the band’s 50th anniversary in 2020 but postponed because of Covid.

It was Ronnie who confirmed to Kenney that his old friend had died in a London hospital on Tuesday, following heart surgery earlier this month.

“I heard the news the same time as everyone else and I called Ronnie up straight away,” says Kenney. “He told me that even when you are prepared for someone leaving the planet, you’re never ready for it when it happens.”

Which summed up how Kenney felt himself. “I was shocked,” he said yesterday, “but I’m relieved he is not in any more pain.”

It was thanks to Ronnie that Kenney got to speak with his old friend on his 80th birthday, in June, not knowing it was to be the last time.

“I was with Ronnie in the studio in early June and suddenly he said to me, ‘It’s Charlie’s birthday today – call him up. He’d love to hear from you.’ So I did,” recalls Kenney. “He didn’t sound too good but only the Stones knew how bad he was.

“I was with Ronnie the whole time before he left for America for the start of the Stones’ (No Filter) tour. I kind of read between the lines – it was obvious things were pretty horrible. So I suspect that they knew what was going on.”

Kenney says he believes Charlie died from complications to do with an allergy but he is relieved he got to speak to him so recently.

“I wished him a happy 80th birthday and he didn’t sound the best I’ve ever heard him but he was very, very pleased to hear from me,” says Kenney. “I would have seen more of him but he lived in Devon and I am in Surrey.

“But we spoke once in a while and his birthday was one of those occasions.We had a good old laugh about the old days. We often had the same conversations over and over again because we enjoyed each other’s company, especially when we did the ARMS tour in 1983.”

That was a series of charity concerts to raise awareness of multiple sclerosis for their mutual friend Ronnie Lane, ex-bassist for Faces, who died of the disease in 1997.

“We were on tour in America for about four or five weeks, so we had a great time and this was during the time when Charlie was drinking alcohol.”

Although considered a bit of a lightweight compared to his rock ‘n’ roll peers, Charlie struggled with drink and drugs for a few years in the 1980s. It was falling down the steps of his cellar while fetching another bottle of wine, Charlie once said, that “really brought it home to me how far down I’d gone. I just stopped everything – drinking, smoking, taking drugs, everything, all at once.”

But Kenney says Charlie – who ran an Arabian stud farm in Devon with Shirley, his wife of 56 years – remained the same engaging company sober as he had been in the days when they propped up the bar together and discussed jazz into the early hours.

“He was still the same man, he was curious and wonderful in his outlook on life,” says Kenney. “And of course, he was always a very smart man, he wore lovely suits and lovely shoes.”

Kenney has himself returned to using the minimalist drum kit favoured by Charlie, insisting that no one – not even Mick Jagger – could have persuaded his friend to play some huge showy percussion set.

“Charlie had a basic drum kit and that’s all you need,” says Kenney. “I got a bigger drum kit when I joined The Who, otherwise I stayed nd m with a basic kit. Charlie’s unique sound came from the tuning of his own drum kit and it was just the way he played more than anything because of his love of jazz,” says Kenney.

“I know exactly what he does because I do the same thing. He puts swing into a typical rock beat and makes it swing, it was his own unique way of playing and it made Mick Jagger’s a*** move all over the place!”

Their drumming styles were so similar that when Charlie was on holiday and Jagger wanted to record the Stones’ new song It’s Only Rock ‘n’ Roll (But I Like It), he got Ronnie to bring Kenney into the studio. It was meant to be a demo, but the band ended up using it.

Ronnie recalled: “I called Charlie up and said, ‘I didn’t mean to play drums on your album’ and he said, ‘That’s OK. It sounds like me anyway.’ ” Watts was a collector of drum kits – “I think he’s got one of (jazz drummer) Buddy Rich’s – and cars – “although he never passed his driving test” – but his enduring love was always jazz.

“Charlie was never a show-off,” says Kenney. “He played for himself and for the band, and he enjoyed rock ‘n’ roll, but his real passion was for jazz. He played with his jazz bands when he wasn’t on tour with the Stones, in different small clubs.”

Kenney got back to the recording studio with Rod and Ronnie after playing together live at the Brit Awards in 2020, just before lockdown. Since then they have been recording new material and revisiting old songs for a new album ahead of going out on the road. “We closed the Brit Awards with Stay With Me, Ronnie, Rod and me, and after that we went out for dinner. We decided we’d go on tour in 2021,” says Kenney, laughing wryly at the band’s unfortunate timing, “and then the pandemic happened.

“We wanted to celebrate the band’s 50th anniversary and now it’s going to be the 53rd anniversary!”

“I have assembled a first-class team who understand the importance of the Small Faces legacy,” he says.

As for the future of the Stones, what will they sound like without their iconic drummer?

“Charlie was the heartbeat of the Rolling Stones and always will be. And even though he’s not here, his spirit always will be. He’ll never die because you listen to a Stones’ record and Charlie’s alive.”