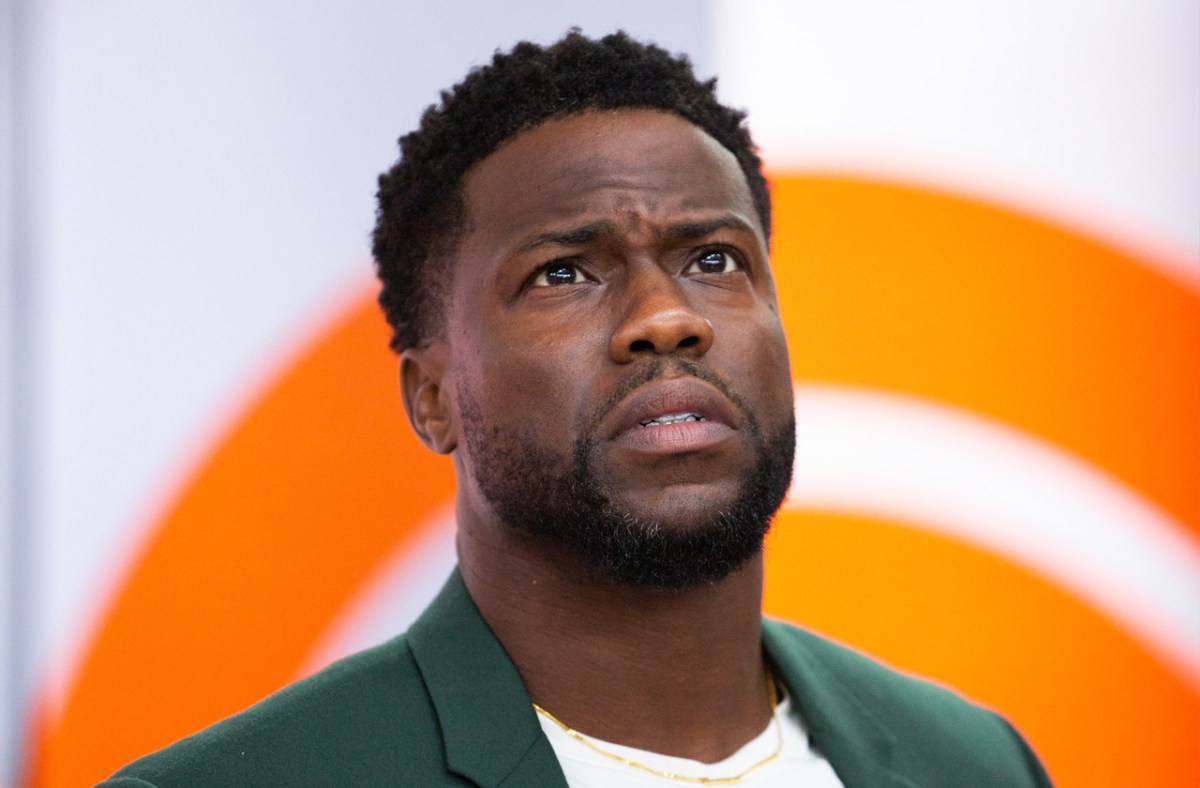 More Backlash: Kevin Hart Ripped For ‘Half A**’ Apology Over Homophobic Tweets

Kevin Hart was ripped for his controversial apology after he was called out for homophobic tweets following the announcement that he will be hosting the 2019 Oscars.

The comedian revealed he would be the man on stage for the February 24 Academy Awards but was quickly criticized for past Tweets that were called homophobic.

One Tweet in question said: “Yo if my son comes home & try’s 2 play with my daughters doll house I’m going 2 break it over his head & say n my voice ‘stop that’s gay.’”

In a second one Hart called someone a “fat faced f**.”

He deleted the Tweets and issued a apology afterward that was also slammed.

In a video posted on his Instagram page Hart said: “I swear man, our world is becoming beyond crazy. I’m not going to let the craziness frustrate me or anger me especially when I worked hard to get to the mental space where I’m at now.”

He explained what transpired on Tuesday after the Oscars gig was announced. “My team calls me, ‘Oh my God, Kevin, this world is upset about tweets you did years ago.’ Guys. I’m almost 40 years old. If you don’t believe that people change, grow, evolve as they get older, I don’t know what to tell you. If you want to hold people in a position where they always have to justify or explain their past, then do you. I’m the wrong guy, man,” Hart says. “I’m in a great place, a great mature place where all I do is spread positivity.”

PHOTOS: 19 Controversies & Counting! The Duggar Family’s Most Scandalous Quotes Of All Time

He wrote a lengthy caption on the post as well.

“I work hard on a daily basis to spread positivity to all…with that being said. If you want to search my history or past and anger yourselves with what u find that is fine with me. I ‘m almost 40 years old and I’m in love with the man that I am becoming,” Hart wrote.

“You LIVE and YOU LEARN & YOU GROW & YOU MATURE. I live to Love…. Please take your negative energy and put it into something constructive. Please…What’s understood should never have to be said. I LOVE EVERYBODY..ONCE AGAIN EVERYBODY. If you choose to not believe me then that’s on you…Have a beautiful day.”

Hart’s apology was not well received.

Actor Billy Eichner ripped him, Tweeting: “This is not good. A simple, authentic apology showing any bit of understanding or remorse would have been so simple. Like I tweeted a few weeks ago, Hollywood still has a real problem with gay men. On the surface it may not look like it. Underneath, it’s far more complicated.”

A third angry commenter even slammed Hart’s apology as “half a**.”

GLAAD told the USA TODAY that the organization contacted the Academy to discuss the situation.