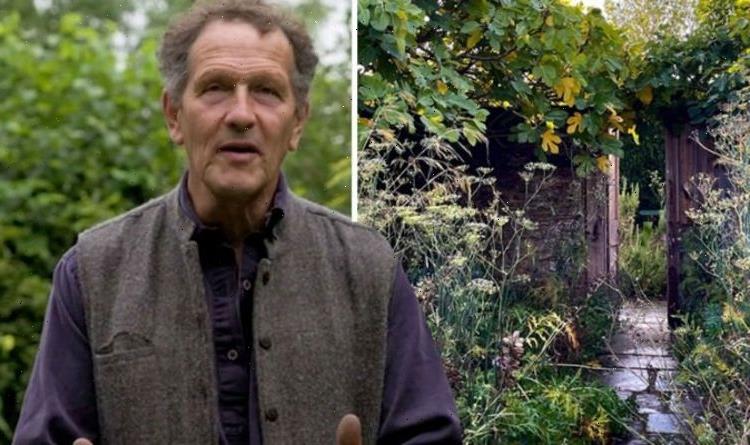 Monty don says new garden can be daunting when older

Monty Don left many of his followers intrigued after he shared a glimpse of a secret part of his garden on Instagram today. The 66-year-old’s latest post shows a concrete pathway, surrounded by plants and trees with an open door at the end. The door leads to another garden which he revealed had never been on camera.

Monty regularly gives fans an insight into his Longmeadow garden at his Herefordshire home.

The presenter acquired the private garden back in 1991 and it has since gained a huge interest from many green-fingered fans.

He began fronting Gardeners’ World back in 2003 and after a three year break, returned in 2011.

Due to his busy schedule, he is sometimes replaced by other presenters such as Adam Frost and Carol Klein.

Last month, Monty addressed backlash about Will Young’s coverage on the show.

The ex Pop Idol winner has featured on Gardeners’ World several times, which has sparked a mixed reaction from viewers.

One in particular was less than impressed with the amount of coverage focused on his private garden and took to Twitter to have their say.

Morice wrote: “Not being funny here. But this could be the third time we have seen Will Young’s garden.

“I feel I have been there more times than he has this year? We deserve better now.”

Monty replied: “This is his own, private garden. Previous visit was to that of his parent’s.”(sic)

The presenter also recently addressed viewers’ reactions about his absence.

In July, he took a break from the show to film for a new project overseas.

After announcing his time away, Gerry Brady wrote: “You need to do more in your own garden Monty.

“There is a lot of people or gardeners who learn a lot, from you been in your own garden. I do.”(sic)

Monty replied, reassuring the viewer that his new show would also be a good source to learn more garden tips.