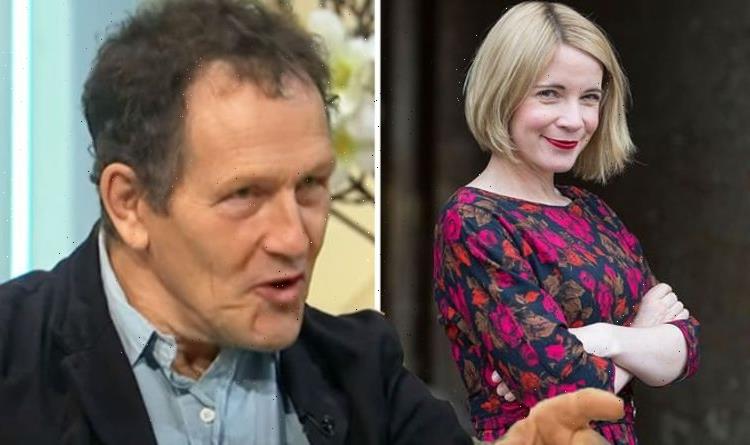 Monty Don, who has been the main presenter on Gardeners’ World since 2003, reacted to BBC’s Royal History presenter Lucy Worsley on Saturday. The British historian claimed the horticulturist had “pinched” her cameraman by enticing him with an offer he couldn’t refuse.

Taking to Twitter, the author and curator confessed she was less than impressed with the gardening favourite.

In view of her 205,000 followers, Lucy revealed that Monty had offered her colleague a trip to Venice, Italy, and beating her to the punch.

She penned: “TFW [That feel when] @TheMontyDon pinches the cameraman you wanted by offering him a trip to Venice.”

Monty swiftly responded to Lucy and admitted that while he had nabbed the “best cameraman in the world”, it had been pre-arranged.

“But I will return him in good nick (and as he is the best cameraman in the world bar none. I fit my schedule round him – not the other way round!)”

Social media users rushed to comment on the post, as one wrote: “Oh, trip to Venice, lucky s*d.”

Another urged: “Couldn’t you both get together and film something in Venice? I’m up for watching that…”

“I love the fact that there is an artist out there, so desired and respected that their services are vied for publicly,” a third gushed.

Monty didn’t go into anymore detail about his plans in Venice but the gardening expert has previously filmed a series of beautiful landscapes in the European country.

The host previously presented series of four of his self-titled programme Italian Gardens, in which the British gardener and broadcaster visits several of Italy’s most celebrated gardens.

The programme welcomed Camilla, the Duchess of Cornwall, as they toured Monty’s Herefordshire garden to discuss their passion for the pastime.

He wrote: “A few weeks ago HRH the Duchess of Cornwall came to visit Longmeadow.

“Join her and myself tonight on Gardeners World at 8pm on BBC2,” he added.

Monty accompanied the post with two snaps of him and the Duchess of Cornwall locked in conversation in his garden as they filmed together.

Monty guided Camilla to his vegetable patch, telling viewers the Duchess suffers the same gardening “problems as all gardeners do”.

Recalling her own experiences, Camilla explained: “I’m very lucky, I’ve got a big vegetable garden but the mice, the voles this year, all ate the asparagus roots.

“They got into the strawberries so you can never win, there’s always something.”

Echoing Camilla’s frustration, Monty replied: “I think you just have to accept that there are some things that are not just going to go through this year, whatever that may be.”