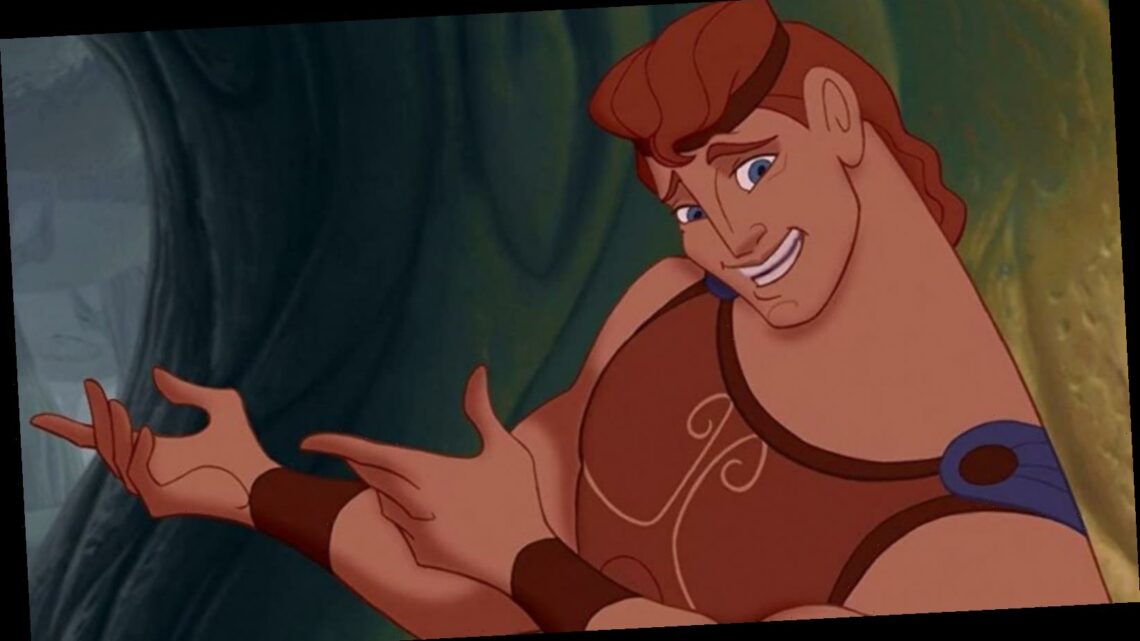 Moments In Disney’s Hercules No Kid Could Ever Understand

Disney’s Hercules was the film everyone could love no matter what the age. The imagineers brought together the myths of the Greek gods and mixed in their special brand of humor and awe, which would resonate throughout the entire family for years to come. Sometimes, the best thing about watching a Disney movie with your kids is that adult jokes will naturally go right over their heads but still seem innocent enough. According to IMDb, the animated film was a sensation that graced the big screens in 1997. Even though the film was not as successful as previous Disney films, the movie stole viewers’ hearts and became a classic in fans’ eyes. Evidently, according to The New York Times, Hercules could lift a lot due to his godlike strength, but back when it premiered, he could not lift Disney’s stocks.

The idea that the son of Zeus had to go from a zero to hero mesmerized pint-size moviegoers everywhere, but also resonated within adults’ hearts. The premise of being stripped of his birthright and having to work his way back up to reclaim it was a life lesson everyone needed to be reminded of (via Herakles).

A man of the world

There were numerous well-thought-out puns in the film that have a healthy mix of history with the hint of pop-cultural antidotes that were happening at the time, and there was no way a young kid was going to notice these heavenly moments. So let’s dive right into some of our favorites, shall we?

Hercules didn’t just have buns of bronze, he also had a head on his shoulders. Many viewers missed the shout-out to Oedipus and would have had to remember their Greek literature from high school to recall that Oedipus had some mommy issues, to say the least (via Greek Mythology). Herc also hit the books and knew that Phil was wrong when he said he couldn’t help him because he was retired. The sassy satyr had spoken incorrectly, and moviegoers watched as Hercules counted on his fingers to double check. A Reddit thread noted that, in the Greek language, “I am retired” is actually two words: “Είμαι συνταξιούχος“— genius right!?

Hercules was a playboy! Okay, not in the movie with Megara, who was a very different damsel in distress, but in the real-life Greek mythology stories, the demigod had multiple wives (per PSU). Hercules was married to Megara, Hebe, and Dejanira. During the animated film, it wasn’t hard to notice that Thalia, who was the muse of comedy, focused a little too much attention on the strongman. But would you have ever guessed she had a crush on him?! We totally missed it at first, but after she called him names like “Hunk-ules” and tried to throw herself at him, it was hard to ever forget again. At one point, another muse had to cut her off from daydreaming, proving even muses fall in love. While we aren’t sure if the team behind the movie was trying to pay homage to Hercules’ multiple love interests, it is safe to say that they didn’t want viewers to think about his true origins (via Dettoldisney).

The Fates knew it would be a hit

Perhaps the most astonishing moment to be revealed was by Insider, which showed a moment in the movie that, possibly, almost everyone who has ever watched it completely missed. The Fates, who are women who see all, tell Hades in the opening scene that, in 18 years, if he can successfully release the Titans, he will have his only chance to bring down Zeus. But they warn that the planets must be aligned. In the clip, there are only six planets when we know there are eight. The outlet argued that the reason to leave the other two planets out might have been to accurately depict Ancient Greece’s knowledge of space and the planets. During Hercules’ time, only Mercury, Earth, Mars, Venus, Jupiter, and Saturn had been found.

But this writer’s favorite moment, thanks to a Buzzfeed clip, may have to be at the beginning of the film, where the gods and goddesses of Mount Olympus have all gathered for a party because, well, who doesn’t love a good party? Hermes, the messenger god, is flying around, mingling, when he makes possibly one of the best jokes of the whole movie, “I haven’t seen this much love in a room since Narcissus discovered himself.” The scene immediately turns to Narcissus blowing himself kisses in the mirror — classic. There are a ton more secret moments within the film that have caused a lot of stir since its release. Now there is only one thing to do, make some popcorn and start trying to find more that we may have missed.