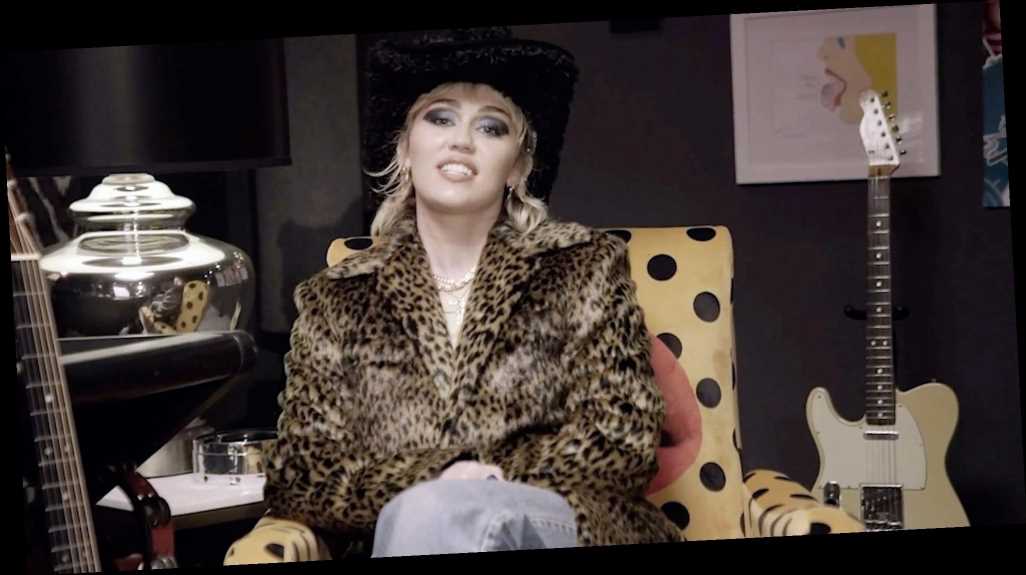 Miley Cyrus Loves the Fact That Cher Hates Her

Back in 2013, right after Miley Cyrus performed with Robin Thicke at the MTV Video Music Awards, Cher decided to tell the world that she wasn't mad at Cyrus, but that she was just disappointed in her. That sentiment stuck with Cyrus, who told Billy Idol that she considers it an honor that Cher "fucking hates her."

Cyrus and Idol spoke on SiriusXM's Live Transmission Christmas and she explained that she usually brushes off negative comments, but when she saw that Cher was talking about her, she felt like she really made it. "The amount of people that have talked shit about my records or what I'm doing, you know, I had Cher come after me on Twitter, but that's when I thought I had really made it. I'm like, 'Oh, Cher gives a fuck about what I'm doing.'"

After that VMAs performance, Cher told E! News that she wanted Cyrus to "just be better, do better," and, "I don't give a shit if she comes out naked" before adding, "Maybe she's thrilled and delighted — everyone's talking about it." (Cher would go on to take it back, sort of, with an apologetic tweet).

Miley told Idol that she felt like she'd "pissed Cher off" with her antics.

"She was mad that I was sticking my tongue out all the time and all that shit," Cyrus explained. "And I'm like, 'Yo, I pissed Cher off, I really made it.' When these legends and these icons and these artists that we look up to fucking hate us, it's still a compliment."

During her Bangerz phase, Miley said that she had to endure "hateful" messages from die-hard fans of Taylor Swift and Selena Gomez. She even called out Swifties and Selenators on Twitter for sending death threats.

"Everyday someone with a Swift or Gomez in [their] name wishes terrible things upon me (death is popular)," Cyrus wrote on Twitter back in 2013. "Please Smilers don't ever think somehow you are supporting me by being hateful towards other artist."

Outerwear 101: Shop the Best Coats and Jackets of All Time