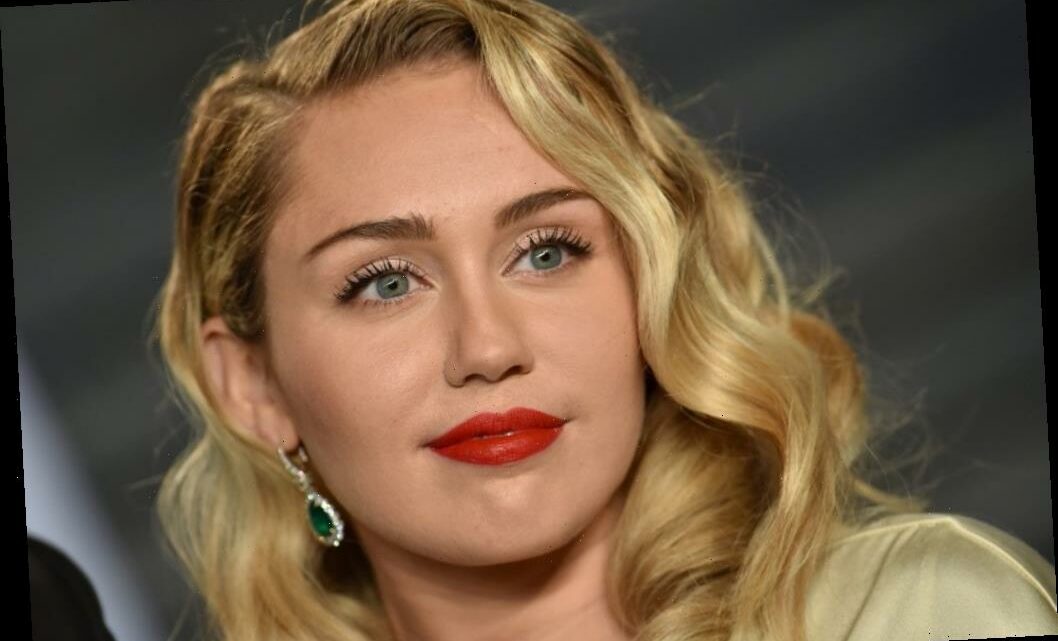 Miley Cyrus Is Banned From China For Problematic Photo

Miley Cyrus is no stranger to headlines or controversy. The singer and actor has been in the spotlight multiple times over the years for her bold performance antics. On top of that, her rocky love life has kept fans at rapt attention waiting to see how her on-again, off-again relationship with Liam Hemsworth might develop next or who else she has been dating. From her risqué tattoos to her revealing photoshoots, Cyrus has certainly turned heads and raised eyebrows.

Still, it’s shocking to find out that one particular photograph was so controversial it got her banned from an entire country.

Some people work hard to find controversy everywhere they can, but no such search is necessary when it comes to Cyrus’ controversial highlights. In fact, Cyrus seems to revel in the fact that she can make people clutch their pearls and puts many of her most shocking moments front and center. Since Cyrus — the daughter of a country music star — rose to fame at such a young age and in the wholesome role of a Disney star, it didn’t take much to shake people’s sensibilities early on. When she was just 15, she did a shocking photoshoot with Vanity Fair that had her topless and covering herself with only a sheet. At the time, fans were furious, and Cyrus felt the need to apologize: “I apologize to my fans who I care so deeply about.” 10 years later, she took her apology back, tweeting out “IM NOT SORRY” and dredging up the past scandal.

Cyrus started out trying to walk the line between her wholesome image as Hannah Montana and finding her own individual — and more mature — voice. By the time that she took the stage at the 2009 Teen Choice Awards, however, she seemed to have given up on the balance. Her act included a pole dance that left little doubt in fans’ mind which direction Cyrus was headed, and it was definitely away from Hannah Montana.

As she continued to put the past behind her, Cyrus took even more steps to distance herself from her former persona. She called out Disney for typecasting her: “From the time I was 11, it was, ‘You’re a pop star! That means you have to be blonde, and you have to have long hair, and you have to put on some glittery tight thing.’” Referring to herself as a “fragile little girl” in a wig, Cyrus suggested that Disney was not so innocent itself.

By the time 2013 rolled around, Cyrus was dressed scantily and twerking on stage with Robin Thicke for the Teen Choice Awards. By that point, it was safe to say that any association with Hannah Montana and her former Disney self was squarely behind her. The performance was so scandalous that the reactions of the celebrities in the audience became memes in and of themselves.

With that many scandalous moments in one’s past, it might not be that surprising that Cyrus got herself banned from China. After all, the country has banned other celebrities including Björk (for chanting “Tibet” during a performance) and Brad Pitt (for negatively portraying Communist military officers in a film). It wasn’t anything revealing that caused China to close its border to Cyrus, however. Instead, they took issue with an offensive photograph.

In the photo, Cyrus and several of her white friends posted alongside an Asian man. Cyrus and her friends slanted their eyes in a way that was a clear stereotypical mocking of the Asian man. Cyrus took to her website to apologize after the photograph surfaced: “I have learned a valuable lesson from this and know that sometimes my actions can be unintentionally hurtful.” Apology or not, China isn’t having it.