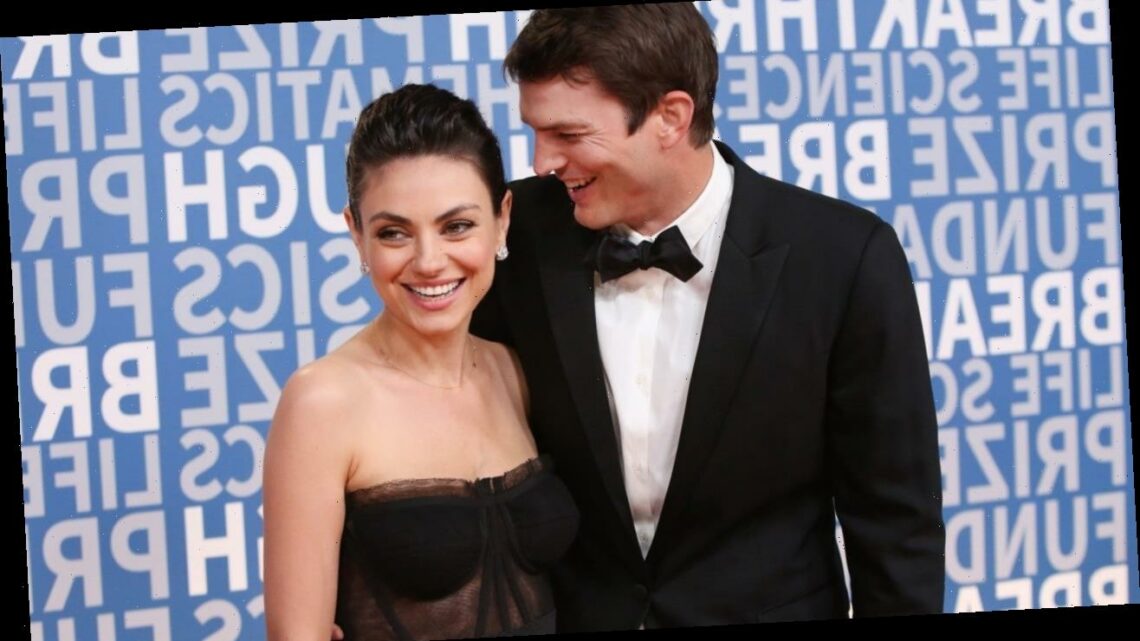 Mila Kunis and Ashton Kutcher reunited on the small screen — but their kids weren’t very happy about it.

The couple, who appeared together on That ’70s Show, are featured in an upcoming Cheetos Super Bowl commercial, airing Feb. 7. Two teasers have dropped over the last couple of weeks. The opportunity, Kunis told ET’s Nischelle Turner, was one that they could not pass up.

“It’s so silly! Ashton and I, we never work together. I mean, I know we worked together before…And in the midst of quarantine, they sent us this ad to do and every time I’ve ever been offered a Super Bowl ad it’s always a female having to be scantily clad,” Kunis explained while promoting her upcoming film, Breaking News in Yuba County. “And this one comes around, I started laughing so hard and Ashton was like, ‘This is kind of funny.’ And I was like, ‘We should do it!'”

However, the commercial’s comical element wasn’t the only reason the couple said yes.

“Also it was quarantine and we were stuck with our children for nine, 12, months at this moment, and I was like, ‘Two days, baby! Two days off.’ Literally we were like, ‘Yeah, OK, let’s do it.’ And so we did it,” she said with a laugh. “And I hate saying it but we were like, ‘Freedom!’…It was amazing!”

“I love my children so very much! So, so much!” she was quick to note, before adding that she has “never been so excited to wake up at five in the morning to be like, ‘I’m going to work!’ And I literally skipped out of the house. My kids were like, ‘You’re abandoning us!’ And I was like, ‘Relax.'”

Kunis and Kutcher are parents to 6-year-old daughter Wyatt and 4-year-old son Dimitri. The actress added that “it was really weird” for them to be away from their children while filming the commercial, as they are all “co-dependent.”

“Our whole family is already co-dependent, so this pandemic just feeds into our entire co-dependency,” she relayed. “And my husband and I were super co-dependent for like eight years and in this pandemic our kids are like, ‘Where are you going?” And I was like, ‘The bathroom.’ We haven’t left each other. We’re in the house. Yeah, it was really weird for them. They forgot that we have to go out of the house…”

Kunis previously worked with her husband when she made a guest appearance on Two and a Half Men during his time on the show. They also did a parody trailer for a fake film called MoonQuake Lake in the Annie musical remake.

Kunis, meanwhile, appears in Breaking News in Yuba County, as a TV reporter. The film follows Allison Janney as a woman who takes advantage of her growing celebrity status when the police and the public think her dead husband is just missing. Regina Hall, Awkwafina, Juliette Lewis and Laura Dern co-star.

Kunis and Lewis couldn’t help but poke fun at the cast’s wigs and shared how much fun they had filming the Tate Taylor movie.

“We love that hair, but that’s one of the joys of being in this movie and push it and go out of our comfort zone,” Lewis told ET. “The script was so exciting and different when we first read it.”

Kunis also shared that she watched many YouTube videos to get into character. “Tate and I would  have very late night, before Zoom, FaceTime where we would rabbit hole and find the most insane videos that would make people laugh of very local, homegrown, news reporters running around and trying to find a story,” she recalled. “Finding the most ridiculous ones we could find.”

Breaking News in Yuba County will be in select theaters and on digital on Feb. 12.

Our bodies aren’t perfect but who cares? We meet two women who posed with their scars for an inspirational project
World News