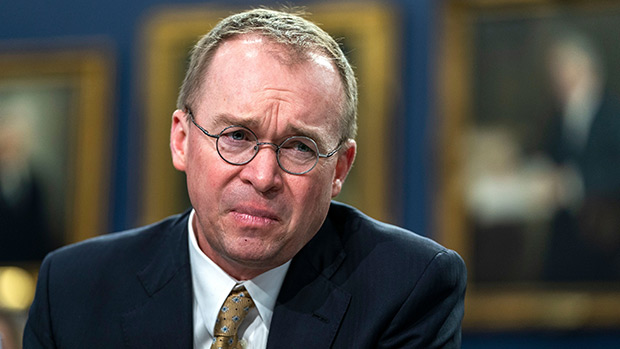 With the exit of Gen. John Kelly, President Donald Trump has selected Mick Mulvaney, 51, to be his new acting White House Chief of Staff. Trump made the announcement on Dec. 14 the way he always does — via Twitter — writing “I am pleased to announce that Mick Mulvaney, Director of the Office of Management & Budget, will be named Acting White House Chief of Staff, replacing General John Kelly, who has served our Country with distinction. Mick has done an outstanding job while in the Administration. I look forward to working with him in this new capacity as we continue to MAKE AMERICA GREAT AGAIN! John will be staying until the end of the year. He is a GREAT PATRIOT and I want to personally thank him for his service!” We’ve got five things to know about Mick.

1. Mick is a former U.S. Congressman.

He represented South Carolina’ fifth congressional district from 2010 to 2017, the year that Trump appointed him to the be the Director of the Consumer Financial Protection Bureau.

2. Mick is a former attorney.

He graduated from the University of North Carolina Chapel Hill in 1992, attending on a full scholarship. He worked at a law firm for five years before going into business with his family’s real estate firm.

3. Mick is a married father of three.

He met wife Pamela West in line at a bookstore while in law school. The couple are parents to triplets Finn, James and Caroline.

4. Mick’s first job in the Trump administration was with the CFPB.

While a congressman, he was a strong critic of the Consumer Financial Protection Bureau, calling for its elimination. While in charge he put a hiring freeze on the bureau, asked for a quarterly budget of zero dollars and stopped collecting fines. He also cancelled the investigation of a payday lender who had contributed money to his South Carolina political campaigns.

5. Mick’s work ethic at the CFPB has been challenged.

In May 2018, the New York Times reported that he “works there no more than two or three days a week, a few hours at a time, and seldom on Saturdays, as he initially suggested he would do” at the CFMB while he spent the majority of his time focused on the Office of Management and Budget. Even Republicans questioned his wearing the two hats as the Times quoted Louisiana Sen. John Kennedy as saying “I’m sure it’s hard to wear those two pretty big and important hats. I think being O.M.B. director is a full-time job; he’s probably spread pretty thin.”