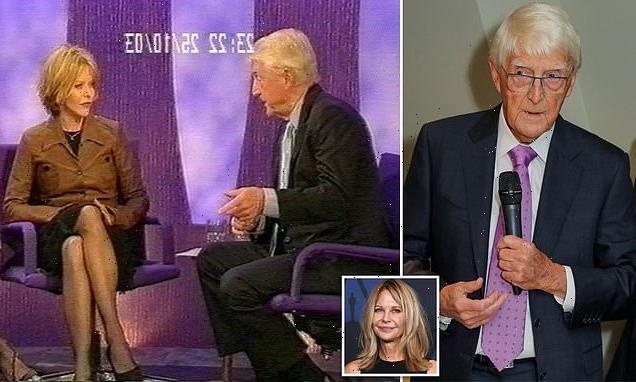 It’s gone down in history as one of the most awkward celebrity interviews of all time.

Now, 18 years on, Sir Michael Parkinson has apologised to Meg Ryan for their car crash encounter and confessed to being ‘angry and pompous’.

The talk show legend, 86, also admitted that he would be taken off air now in today’s ‘ultra-sensitive world’. 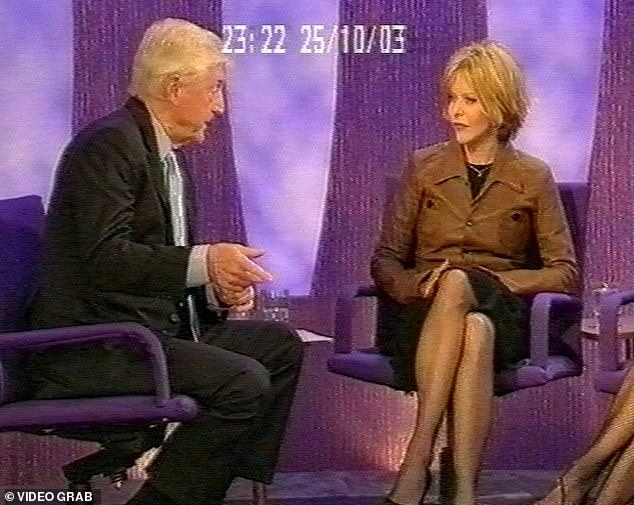 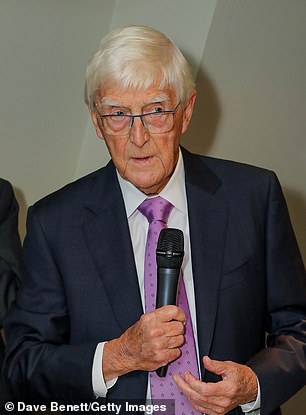 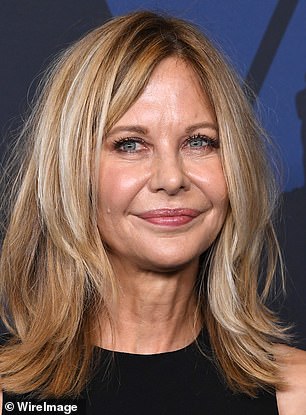 The talk show legend, 86, (left) also admitted that he would be taken off air now in today’s ‘ultra-sensitive world’ after he clashed with Meg (right) in 2003

Sir Michael clashed with the Hollywood star in 2003 when talking about her poorly reviewed film In The Cut.

The BBC has a ‘serious problem’ with older women on screen and ‘does not appear to have the will’ to fix it, axed Countryfile presenter Miriam O’Reilly has claimed.

Miss O’Reilly won a £150,000 age discrimination tribunal case against the broadcaster after being dropped from the programme, aged 52, in 2009.

Writing in the latest Radio Times, the presenter said: ‘The corporation is still resisting putting older women on TV.

‘The BBC has had ten years since the promises made after my tribunal win to put its house in order… So, what has happened? Not a lot.’

A frosty Miss Ryan, 59, replied to his questions with one-word answers and ended up telling him to ‘wrap it up’.

While Sir Michael has always claimed the actress was ‘rude and difficult’, he has admitted he did not react in the right way.

‘I wish I hadn’t lost my temper with Meg Ryan. I wish I’d dealt with it in a more courteous manner,’ he told Radio Times.

‘I was obviously angry with her and it’s not my business to be angry towards the guests.

‘I came across as kind of pompous and I could have done better.’

Asked what he would say to her now, he replied: ‘I’m sorry. But you played a part in it too. Neither of us were on top form.’

But he said: ‘In this ultra-sensitive world I doubt I could do an interview nowadays without being sent off. There are so many pitfalls and booby traps.’

In 2006 Miss Ryan said: ‘I felt he was berating me for being naked in the movie.

‘He said something like, “You should go back to doing what you were doing”. I thought, “Are you like a disapproving dad? Back off, buddy”. I was so offended.’

Sir Michael was called a ‘sexist old fart’ by Helen Mirren after a 1975 interview.

He introduced the actress, then 30, as the ‘sex queen’ of the Royal Shakespeare Company and asked if her ‘equipment’ distracted audiences.

He has since said that the interview was ‘of its time’.