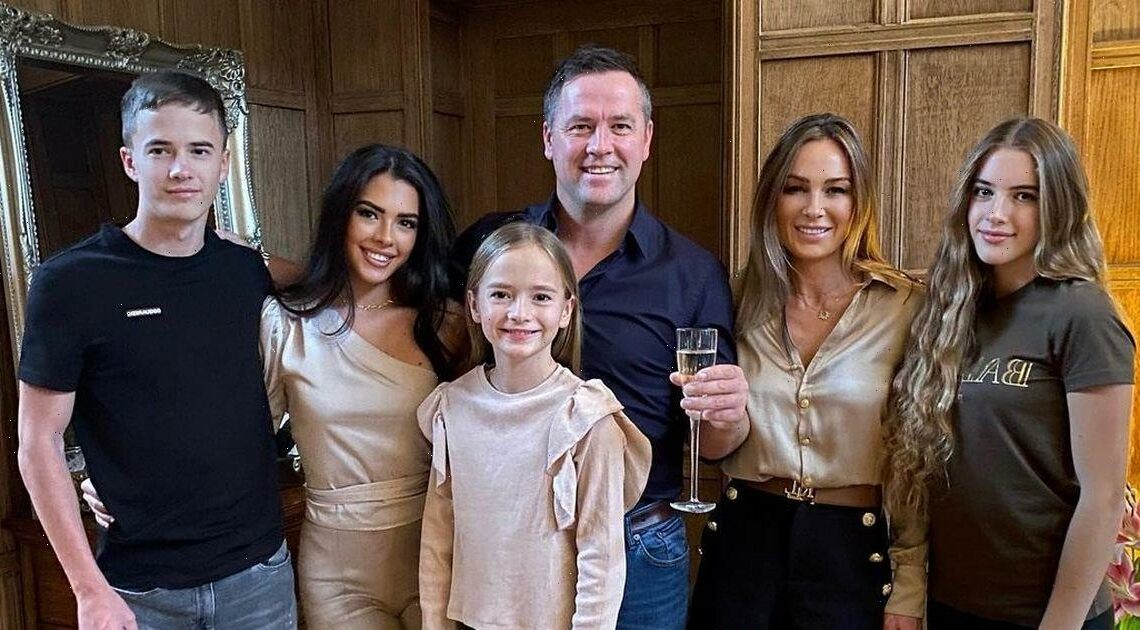 The new Love Island contestants are slowly settling into a life of chats, texts and dates during this year’s ITV series.

The youngest of this year's lot, Gemma Owen, 19, is dominating headlines and rising to reality TV fame, but her family are not strangers to the spotlight.

Her dad, footballing legend Michael Owen, has opened up about how he navigates parenting as a famous sports star.

The Owen family live in a £4 million mansion in Chester, which has enough grounds for all 12 of Gemma’s horses.

Former England footballer Michael, 44, met his wife Louise Bonsall while at school and the childhood sweethearts wed in 2005.

He spoke to Emily Dean on her podcast Walking The Dog about his relationship with his four children and how he chose to parent Gemma, including rules about pocket money.

“It’s really difficult from a parent’s point of view,” he explained. "You want to give your children the best start and best chance.

“But you're always wrestling with the fact that if I just make it so easy, and I can do this and do that, is she going to learn from any mistakes?

"So you're always wrestling in life with everything like that and not making them spoilt.”

He added: "You want money that much? There's a pub down the road, go and work behind the bar or something. That's my view."

International dressage rider Gemma also joined her dad on the podcast, and expressed her disdain about the family’s pocket money rule.

She complained about it being ‘not fair’ that her allowance got cut off at 18 after she started receiving the funds later on than her siblings.

“Mine started late and stopped,” she said, “It’s not fair, honestly.

“Pocket money only started for me a few years ago. My brothers and sisters have had a good few years on me.

Dad of four Michael explained that pocket money stops for the Owen kids when they turn 18 and then, they must look for their own money.

He added: "Nothing is fair in our house. Trying to balance all the kids and the wife is the most impossible job.”

Michael’s eldest son, James, suffers from a rare eye condition known as Stargardt disease which means he is clinically blind.

The condition causes the degeneration of the retina in the eye, meaning James will not be following his dad’s footsteps and playing professional football.

The former Liverpool and Real Madrid striker told The Times: "I used to go and watch him (play football) and b*****k him about his positioning. He can't see the ball until it's five yards away.

"Everyone always asks, 'Is he going to be a footballer?' and then I stand on the side of the pitch and hear, 'He's not as good as his dad.'

"As much as every father wants their son to play, it is almost a relief to me."

Love Island continues every night, apart from Saturdays, at 9pm on ITV2.

For the latest Love Island gossip and spoilers, make sure to sign up to OK!'s daily celebrity newsletter and Factor 50 – your one stop for all the latest villa news.