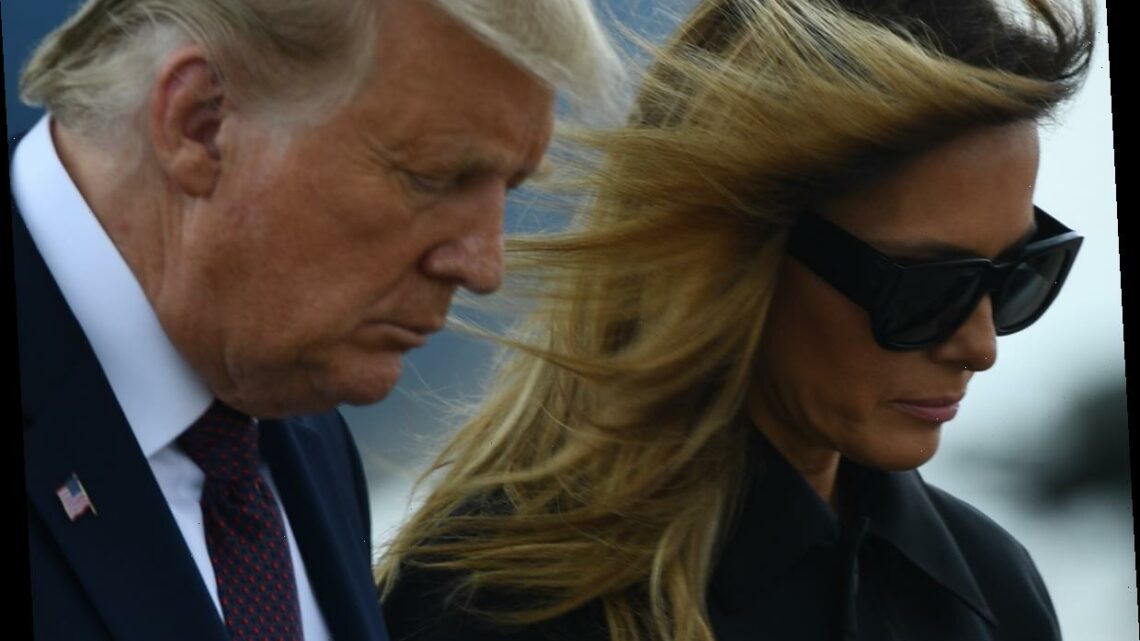 For the past four years, the first lady of the United States has been somewhat of a mystery — Americans don’t know a lot about her, and she’s rarely the center of public attention (unlike her husband, President Donald Trump). However, Melania Trump’s reported comments about detained migrant children, as revealed in a recently released secret recording, shed some light on her behind-the-scenes thoughts. A spokesperson for the first lady told The New York Times "there is no way to know if these recordings have been edited," and it was "clear the clips were handpicked and presented with no context." The White House did not immediately respond to Elite Daily’s request for comment on the recording.

The recording was reportedly made by the first lady’s former aide, Stephanie Winston Walkoff, in July 2018, apparently around the time that Trump drew criticism for wearing a jacket that said, "I really don’t care, do u?" during a trip to the border to visit detention centers that held migrant children who had been separated from their parents. In a conversation with Walkoff, the first lady can be heard suggesting migrant children were coached to lie about being asylum-seekers, even suggesting these children were grateful for the care they were receiving after being forcefully separated from their parents.

"A lot of, you know, a lot of like, moms and kids — they are teached how to do it," said Trump. "They go over and they say, ‘Oh we will be killed by gang member, it’s so dangerous,’ so they will be allowed to stay [in America] … They could easily stay in Mexico, but Mexico doesn’t take care of them the same as America does." Representatives for the first lady did not immediately respond to Elite Daily’s request for comment regarding her reported comments on migrant children.

In another section of the recording, the first lady airs her frustrations with negative press about herself and her husband. "They say I’m complicit. I’m the same like him, I support him. I don’t say enough. I don’t do enough." Trump says, referring to her husband. "I’m working my *ss off with this Christmas stuff that, you know, who gives a f*ck about Christmas stuff and decoration?"

In the recording, she then proceeds to, once again, bring up detained migrant children as a talking point: "So I say that I’m planning for Christmas, and then they say ‘Oh, what about the children that they were separated [from their parents]?’ Give me a f*cking break."

She also refers to the criticism she got for her 2018 visit to the detention centers, when Trump wore a green army jacket emblazoned with the words "I really don’t care, do u?" on the back. It was widely interpreted as a poor-taste commentary on criticism about the Trump administration’s "zero tolerance" immigration policy, which resulted in migrant children, including toddlers and babies, being separated from their parents. Some children remained separated from their parents for years. At the time, spokespeople for the first lady said there was "no hidden message."

"I’m driving liberals crazy, that’s for sure,” Trump said on the recording. "They deserve it, you understand."

In the nearly four years since she entered the White House, the first lady has been the subject of various levels of attention from the public. While the tongue-in-cheek "Free Melania" hashtag paints her as a martyr, she’s also received criticism for incidents like wearing stiletto heels to visit flood victims and she publicly supports her husband’s administration on social media.

While the role of the first lady may be unofficial, it’s still important. With barely a month to Election Day, these reported comments may prove to have an impact.