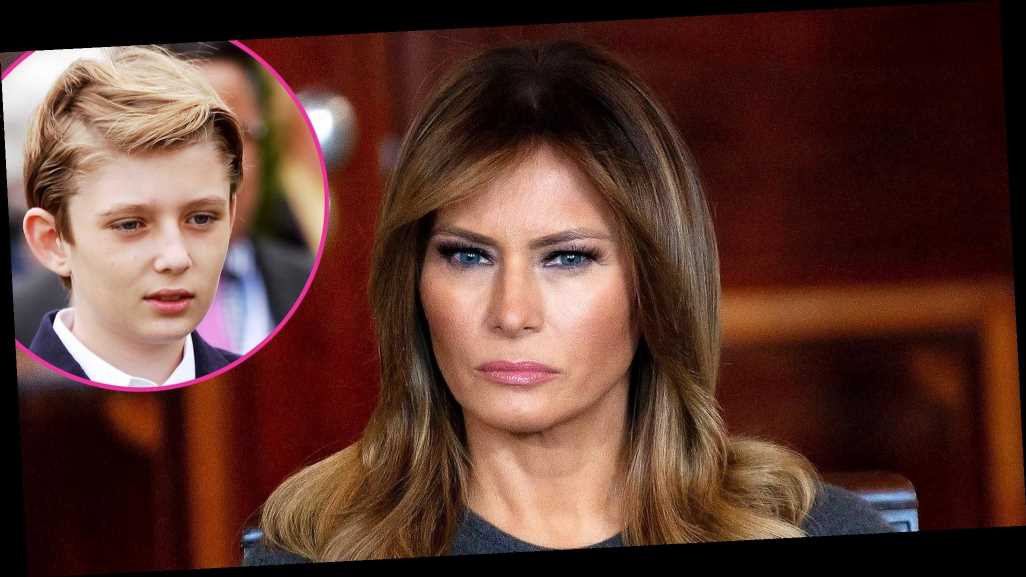 In it together. First Lady Melania Trump spoke out about her experience with COVID-19, and revealed her and President Donald Trump’s son Barron also tested positive.

Celebs Who Have Tested Positive for COVID-19

“It was two weeks ago when I received the diagnosis that so many Americans across our country and the world had already received — I tested positive for COVID-19,” Melania, 50, wrote in a blog post on Wednesday, October 14, on the White House website. “To make matters worse, my husband, and our nation’s Commander-in-Chief, received the same news.”

The former model explained that her mind “immediately” went to their 14-year-old son and his health after the couple received their own diagnoses.

“To our great relief he tested negative, but again, as so many parents have thought over the past several months, I couldn’t help but think ‘What about tomorrow or the next day?’” she recalled. “My fear came true when he was tested again and it came up positive.”

The first lady noted that Barron is a “strong teenager and exhibited no symptoms” following his diagnosis and that he has since tested negative.

“In one way I was glad the three of us went through this at the same time so we could take care of one another and spend time together,” she wrote, referencing her and the president’s positive tests earlier in the month.

Melania detailed her own symptoms while battling the illness, saying she had “minimal symptoms” that hit her “all at once and it seemed to be a roller coaster” of side effects in the days that followed.

“I experienced body aches, a cough and headaches, and felt extremely tired most of the time,” she explained before thanking the medical professionals that helped with her and her husband’s care.

The Slovenia native revealed that during her health scare she had a “lot of time to reflect” especially after Donald, 74, was taken to the hospital on October 3, as a precautionary measure.

“I spent much of my time reflecting on my family. I also thought about the hundreds of thousands of people across our country who have been impacted by this illness that infects people with no discrimination,” she wrote. “Our country has overcome many hardships and much adversity, and it is my hope COVID-19 will be another obstacle we will be able to tell future generations we overcame — and learned from in the process.”

She concluded that she has now tested negative and acknowledged how “fortunate” her family has been to receive “the kind of care that we did.”

The former Celebrity Apprentice host announced his positive diagnosis along with his wife’s on October 2 via Twitter.

A week later he returned to the campaign trail, following negative COVID-19 tests, amid the 2020 presidential election.

Given the constantly evolving nature of COVID-19, Us Weekly wants our readers to have access to the most accurate resources. For the most up-to-date coronavirus information, guidance and support, consult the CDC, WHO and information from local public health officials. If you’re experiencing coronavirus symptoms, call your primary care provider for medical advice.

The Type Of Witch You Are, According To Your Zodiac Sign
World News