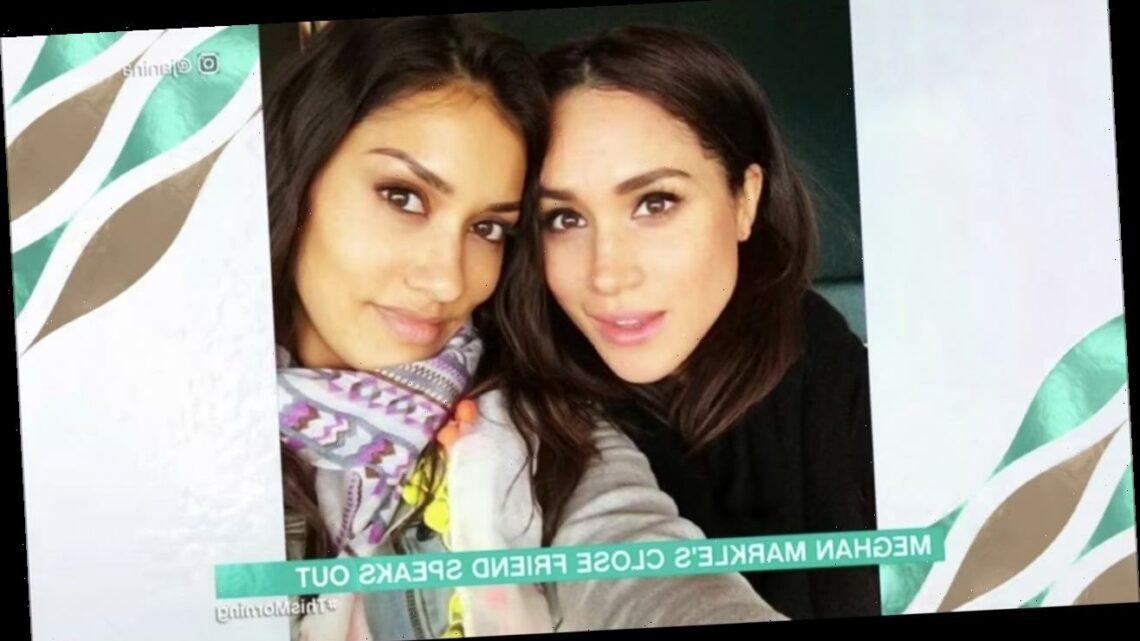 Meghan Markle’s friend, Janina Gavankar, is relieved to finally be able to speak out in favor of the Duchess of Sussex and her husband, Prince Harry.

On Wednesday’s This Morning on ITV, Janina opened up about the couple’s shocking tell-all interview with Oprah Winfrey, and noted that she actually watched the special air with Harry and Meghan.

“We are all happy that we are in a new era. We get to tell the truth. Things are different now. But I will say, I don’t speak for them. I speak for myself,” Janina said after making it a point to state that Harry, 36, and Meghan, 39, knew she was speaking on the British morning show.

The 40-year-old actress also offered her candid reactions to Buckingham Palace’s statement, which both acknowledged the couple’s public pain while also noting that “some recollections may vary.”

“I am so thankful that they are finally acknowledging the experience but on the other side, I know that the family and the staff were well aware of the extent of it,” she said. “And though their recollections may vary, ours don’t because we lived through it with them.”

Janina added that there are “many emails and texts to support” Meghan and Harry’s recollection of the events that led to them stepping down as senior members of the royal family.

When asked who specifically knew that Meghan had been suffering from suicidal thoughts and had requested and been denied treatment, Janina replied, “I don’t know who knew. I know that the family and the staff knew.”

As a friend, she said she was “worried, terrified, and sad” when Meghan turned to her friends and her husband with her troubling thoughts.

“I have known her for 17 years and I have seen the way that she regards the people around her and I can say she’s not a bully,” Janina said. “But I can also say that I am personally glad that people are doing their due diligence because I also know why someone had to leave and it was for gross misconduct.”

When This Morning co-host Philip Schofield asked why Meghan would choose to “nuke” the royal family, Janina disagreed with the use of the term.

“I don’t think the intention was to ‘nuke’ them. I think it was just finally a chance to tell their truth,” Janina said of the couple’s decision to go public now. “Meghan’s always been a very open person. She’s always shared parts of herself in the way we always do. But that all changed when she joined the family. We watched as a wall was built around her. She was very isolated.”

As for how the couple is doing now that their story is out there, Janina said, “I think they are feeling free. It’s nice to see them feel free. And now they can get back to what they really were focused on.”

Since their tell-all interview, many celebrities and friends have come forward showing their support for Meghan and Harry. Watch the clip below for more.