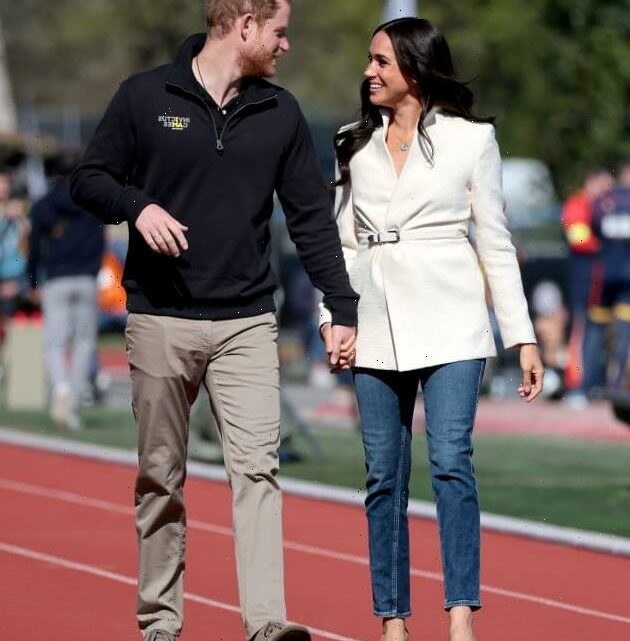 Often, when a high-profile couple goes their separate ways, there’s talk on social media about who “won” the breakup.

In this case, the split took place not among romantic partners but between warring factions of the same family — and one side has clearly emerged victorious.

We’re talking, of course, about the feud that’s pitted Meghan Markle and Prince Harry against the rest of the royal family.

The war has been raging for years, and for a while, it looked as though the two parties would remain locked in an eternal stalemate.

But over the course of the past few months, Harry and Meghan have emerged as the clear winners.

In fact, the couple’s return to Europe last week is being looked at by some as a sort of victory tour following two years of exile.

It’s important to note that Harry has made several trips back to the UK since he and Meghan moved to the States in 2020.

But this is the first time that he did so with his wife by his side, and judging by the response that these two have received every place that they’ve gone, the people couldn’t be happier about it.

Last week, Meghan and Harry paid a visit to the Queen during their short time in London.

Over the weekend, the couple moved on to the Hague for the beginning of the Invictus Games, the international sporting event for wounded, injured and sick servicemen and women that Harry helped to launch back in 2014.

Meghan introduced Harry to the assembled fans and athletes with a rousing and heartfelt speech in which she explained that she “could not love and respect him more.”

“I know that all of you feel the same because he’s your fellow veteran, having served two tours of duty in Afghanistan and 10 years of military service,” Meghan told the enthusiastic crowd.

According to the event’s website, the goal of the Invictus Games is to utilize “the power of sport to inspire recovery, support rehabilitation and generate a wider understanding and respect for wounded, injured and sick Servicemen and women.”

Harry was inspired to launch the games by the brave athletes whom he encountered during his own time in the military.

After Harry and Meghan were stripped of some of their titles and royal patronages, some questioned if the couple would continue their involvement with Invictus.

But clearly, to Harry, the event is far more than a mere royal engagement

For Harry, this is a duty of the highest order, and by continuing to devote his time and energy to his passion project, he’s reminding the world how he earned his place as the most beloved of all the royals.

Clearly, the Duke and Duchess of Sussex did not return to Europe for the first time in two years with the goal of claiming victory over Harry’s family or cementing their place as the most popular members of the Windsor clan.

And the fact that Harry and Meghan kept the focus on the games and off of their familial drama is exactly why they’ve earned the support of so many millions across the globe.

What happened to Michael Schumacher and how is he doing now?