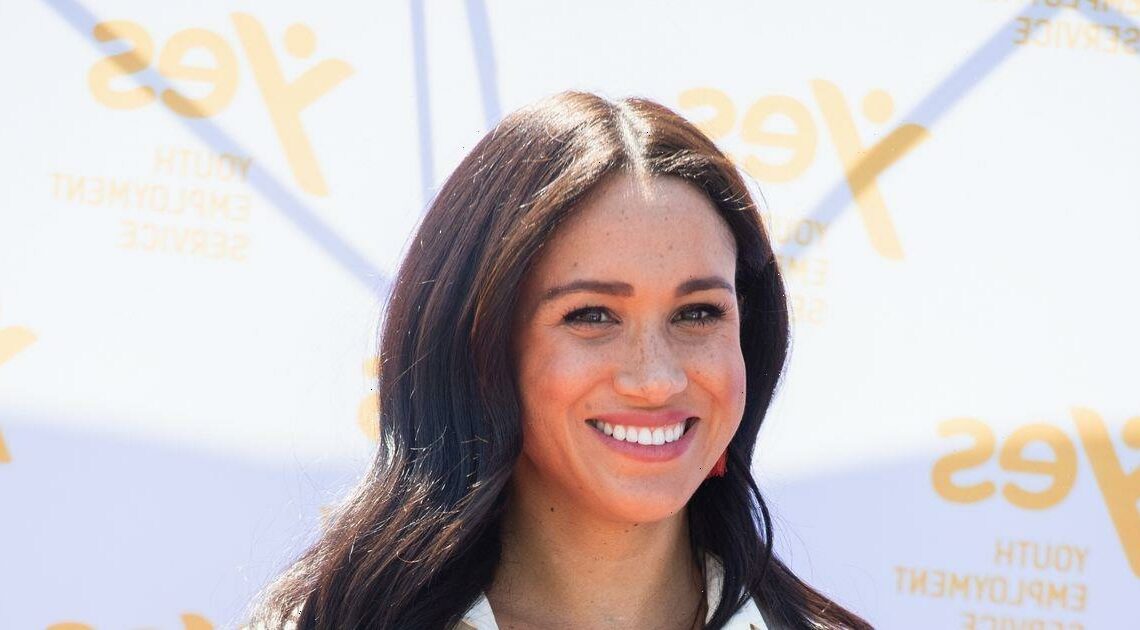 Meghan Markle's brand new children’s book The Bench appears to include an adorable nod to her and Prince Harry's newborn baby Lilibet.

The Bench is the Duchess of Sussex’s first publication and the final page shows a picture of a man and boy feeding chickens while a dark haired woman cradles a baby in a garden with a black dog standing behind them.

The sweet illustration is a possible nod to Meghan and Harry’s baby daughter Lilibet Diana Mountbatten-Windsor, who arrived on Friday.

The writing on two pages reads: "Right there on your bench, the place you’ll call home… With daddy and son… Where you’ll never be ‘lone.”

Chickens featured in Meghan and Harry’s bombshell Oprah interview earlier in the year, as well as in the book.

Harry, 36, and Meghan, 39, also have two dogs – a black Labrador called Pula and a beagle named Guy – who make an appearance on the final page of the 34-page book.

The Sussexes welcomed baby Lilibet on Friday 4 June at Santa Barbara Cottage Hospital in Santa Barbara, California, at 11.40am.

She was affectionately named after a nickname for The Queen, which the late Prince Philip often used for her.

The baby's middle name is a touching tribute to Princess Diana, who sadly died in 1997.

Meghan’s debut publication includes a range of beautiful pictures that seem to illustrate the royal couple’s life together in Montecito, Southern California.

Meghan also includes a drawing of a red-haired man in an army uniform lifting a young boy sky-high with the accompanying writing: “Looking out at my love and our beautiful boy. And here at the window I’ll have tears of great joy…”

The Duchess of Sussex announced last month that the book is inspired by the relationship between a man and his son.

The inscription in the beginning of the sweet children’s book is dedicated to “the man and the boy who make my heart go pump-pump”, a lovely tribute to her husband and son Archie.

One illustration shows a bearded red-haired man, possibly Harry, cradling a baby under the tree with the text: “This is your bench, where life will begin, for you and our son, our baby, our kin.” Another picture features a father holding a son to his chest. While the man doesn’t bear a resemblance to Harry, Meghan has previously stated in a publicity release that she wanted the book to be told through an “inclusive lens” and that it would feature a “diverse group of father and sons.”

Further illustrations in the lovely children’s book include a father and son duo each wear pink tutus while doing ballet poses.

Meghan will also narrate the audiobook of The Bench. The illustrations are drawn by Christian Robinson.