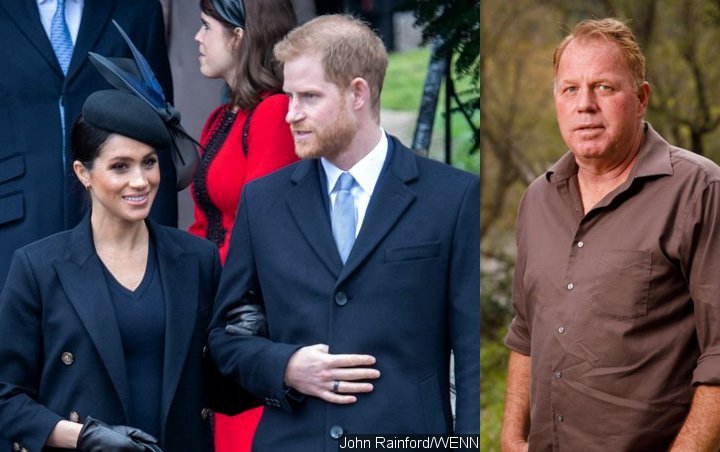 AceShowbiz –Meghan Markle‘s half-brother Thomas Jr. and fiancee Darlene Blount are set to take on a new journey as they will get married next March. Despite the family drama, however, he wishes to share the happy moment with Meghan as he reportedly invites her and Prince Harry to his wedding.

It seems like Thomas doesn’t hold grudges for not being invited to the British royals’ wedding back in May as he reveals to Daily Mail that he has sent an invite across the pond to the Duke and Duchess of Sussex. He shares that he hopes “our wedding will bring the family closer together. It’s hopeful that if Meghan and Harry came and my father — Meghan and Harry could spend some time together with him and that would be good.”

He adds that he believes his wedding “would be a perfect time for Meg to get together with my dad.”

It’s already known to public that there’s a fallout between Meghan and his father following scandal in which her father was caught staging a paparazi photo. He was also forced to skip the former “Suits” actress’ nuptials due to health issue. Additionally, Meghan was rumored to be not speaking with him before the wedding, prompting him to make a public plea for her to return his texts.

Now that Meghan and Harry are invited to her stepbrother’s wedding, will they attend? People assume that it’s highly unlikely for Meghan to fly as she will be well into her third trimester of her pregnancy at that time. In addition, the royals are set to carry out their royal duties.

On January 14, the expecting couple will make their first royal engagement when they visit Birkenhead to “meet local organizations that support and empower groups within the community.” It was also reported that Queen Elizabeth II granted Meghan her first patronage, which was said to the patron of the National Theatre, as a royal.

Turkey appears to snub US as they plan Syria exit