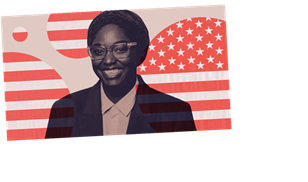 Mauree Turner didn’t know they’d made history on Election Day 2020. “I’d just been going and going and going,” the activist and first-time candidate tells Elite Daily. The election season had been exhausting, and Turner was focused on the finish line. It wasn’t until the first article came out about them winning a seat to represent Oklahoma’s House District 88 that they learned they were also the first non-binary person elected to a state legislature in the United States.

“That wasn’t something I was expecting,” Turner says. “First Muslim in the Oklahoma legislature, that was definitely something I was aware of, and possibly the first queer Muslim to be elected, were things that I’d thought about.” But the additional first surprised them. “It’s something I’m still processing.”

Turner, 27, is one of the groundbreaking candidates changing the face of politics from an old, white, male institution into something far more representative of the United States today. The 2020 election saw a record number of mail-in and early voting ballots, and more than a week after Election Day, final results are still rolling in across the country. But some victories are already clear. Across the United States, LGBTQ+ candidates ran in record numbers, and won major victories — including Torrey Harris and Eddie Mannis’ elections as the first-ever openly LGBTQ+ state legislators in Tennessee; Sarah McBride’s election to the Delaware state Senate as the highest-ranking trans legislator in the country; and Ritchie Torres and Mondaire Jones’ congressional victories in New York, making them the first openly LGBTQ+ Black representatives elected by the state.

Turner joins them on multiple fronts after defeating incumbent Rep. Jason Dunnington during the Democratic primary, and then Republican Kelly Barlean in the general election. In a year when state legislatures are, on average, more than 78% white and over 70% male, according to data from the National Conference of State Legislatures (NCSL), fresh perspectives from LGBTQ+ politicians, politicians from marginalized communities, women, and people of color will have a huge impact on the constituencies they represent. “When you’ve had to continuously live in the margins, it gives you a better perspective on how you care for [a] community in a holistic way,” says Turner.

"I live my life at a lot of intersections, and it took me a long time to be able to fully express them in one dimension," they explain. Turner describes how they used to "code-switch," or adjust how they presented themselves depending on the situation. "There was a good portion of my life where I went from being Muslim in my Muslim circle, to being Black with my Black friends, to being able to be open and queer with my queer friends." But it was their previous work as a community organizer, they say, that helped them figure out how to show up as fully themselves — in everyday life, and now, in politics too — and create space for others to do the same. "It provides lenses [for what we go through] when we live out loud in that intersectionality, and that’s something that white, cishet-dominated institutions don’t get a perspective on."

Turner never planned to run for office. Instead, they were trying to convince other people to run. But as they asked others about the possibility of running, the question always came back: Why not run yourself? “So, I think I sat down and had probably, 20 to 25 conversations with folks. And I think that was it.” Turner started thinking about running for office in May 2019, and decided to take the plunge in September of that same year. “While running for office was never the end goal for me, my community was asking me to do that, and I have always been about answering the call to action.”

They call the request to run both eye-opening and humbling. “Women have to be asked [multiple] times to run for office before they start taking themselves as seriously as the community that’s asking them to run does. When you throw being gender-diverse, being Muslim, being Black on top of that, those numbers go up higher and higher,” Turner says. So they listened to their community however they could — having coffee meetings, or chatting over Twitter and Instagram DMs. “Ultimately," they say, "my community was asking me to run. So I decided that I would go ahead and have as much faith in myself as they did.”

Having faith in their community meant trusting it, too. As a Capricorn, Turner says, “I’m very big on being like, ‘Oh, OK, I’ll just do it myself.’ I don’t want to take the risk of bringing somebody else in, or anything like that. But [running] was very much not one of those things where I could just say, ‘I’m going to do it myself.’” Turner stresses their victory was a group effort, made possible by the people who jumped in to volunteer, phone and text bank, and provide emotional support.

Even with the support of their community behind them, Turner’s path to their new House seat was not easy. “Let me tell you right now: Running for office, it’s not something that you can do if you are not well-off, if you are not wealthy,” Turner says point-blank, noting they used their coronavirus stimulus check to help get their campaign off the ground. Because their job prohibited running for partisan political office, there was a chunk of time during the campaign where Turner was unemployed. Federal election rules prohibit using campaign funds for personal expenses, and Turner struggled financially. “There were several months where I had to figure out how I was going to make ends meet. I had to be like, ‘Hey, like, is it alright if I’m late on rent?’ [Politics] is … not a place that is welcoming if you are not financially sound.”

The pressure of campaigning while jobless didn’t only take a financial toll on Turner — it took a mental and physical toll as well. "When I get really stressed, one side or the other of my body will go numb," Turner says. "In the primary, it was the left side of my body. And then once I made it through that election, that went away for a little bit. And then gearing up for the general, [it was] the right side of my body."

"I might be oversharing," they admit. "But it is very physically demanding, running [for] an election."

The stress and risks impacted those around them, too. Although House District 88, which covers portions of Oklahoma City, is more diverse than the state of Oklahoma as a whole, Turner says they worried about safety in the conservative state. “Because we are in a red state, you never really know what’s going to happen next. And so I wanted to make sure that my family was OK with me running.” They say they get random I know where you live-style messages about where they attend religious services. The risks didn’t deter them, but they were aware their choices weren’t just about them. “I wanted to make sure I was taking care of my family and my community too, [and] not putting those folks that I love in harm’s way.”

In Oklahoma, where the legislature is 91% white and 78% male, as of 2020, Turner wants to use their seat to forge a path for people like them to be truly heard and represented by their elected officials. “This is the seat where we continuously push those conversations about what true, equitable, and inclusive policy really looks like when we are trying to care for a whole community,” they say. ”I understand that I’m going into a Republican-dominated legislature, and so a lot of our wins also look like pushing those conversations forward. That’s part of community organizing — it’s shifting the narrative, and continuously bringing people to the new table.” 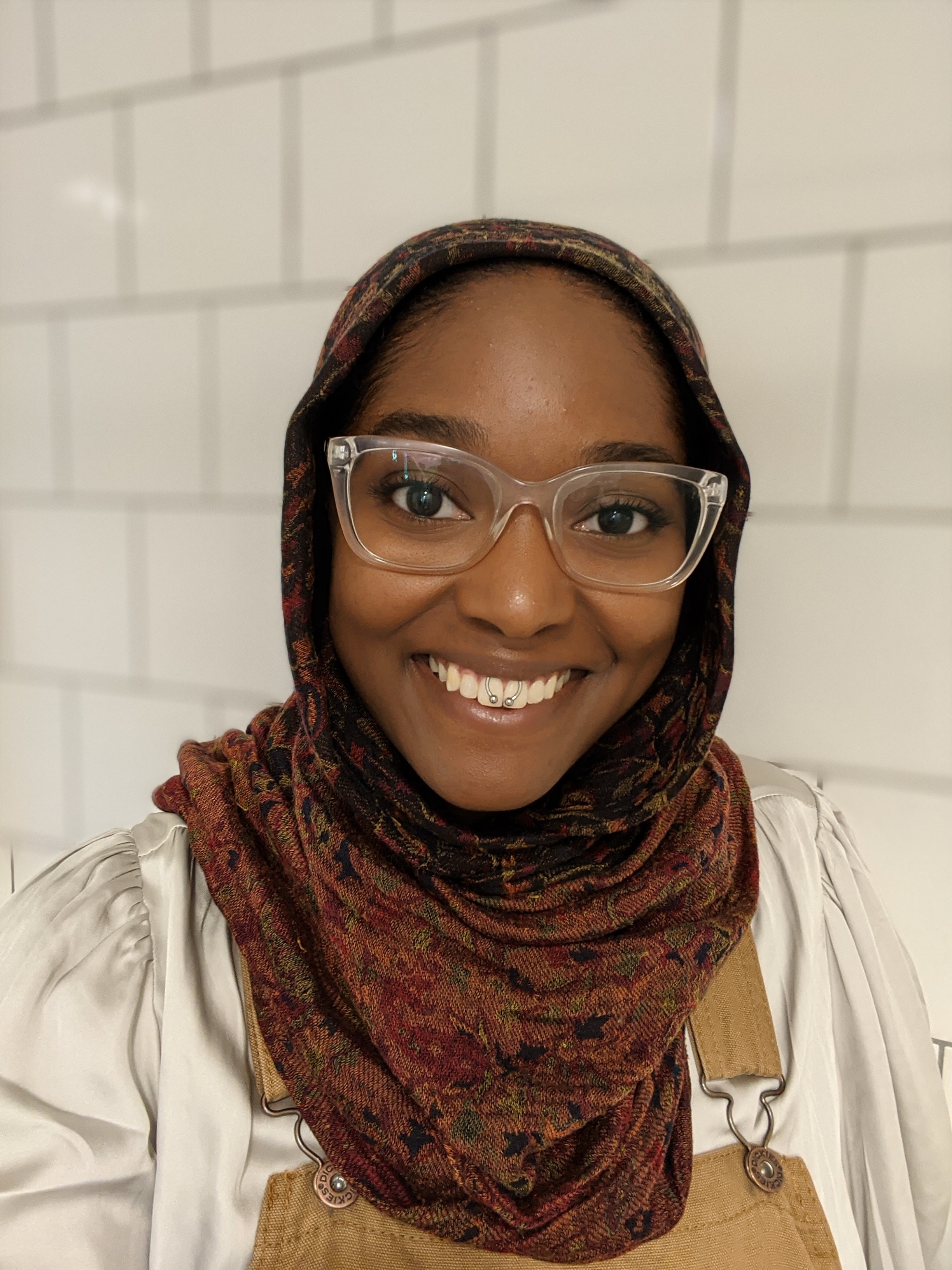 That work begins on their first day in office. "I just really want to do great things for Oklahoma," they say. This local race, and Turner’s embodiment of the changing face of politics, has drawn international attention, and Turner wants to live up to the moment. ”I’m probably, maybe, one of the last few people on Earth that uses Pandora, but I use Pandora Premium, and I have a playlist for just about every mood,” they laugh. “I’ve got a playlist called ‘A Contained Flame.’ That’s what I use to do a calm hype right before I go into things.” That "calm hype" and sense of purpose will support Turner’s fight for criminal justice reform, better public education, and inclusive health care — all part of the platform Turner ran and was elected on.

"We have seen and heard it time and time again," they say, "that our budgets reflect what we care about. And in Oklahoma, our budget says that we care about prisons and jails, and we don’t care about our students, the future of Oklahoma. And we don’t care about families and individuals, [or] making sure they have access to adequate health care." As the child of a formerly incarcerated parent, a former student at a school where the books were “torn up,” and an adult who has lived paycheck to paycheck, Turner believes they can speak to the needs of people often left out of the political conversation. "That is a really big part of why justice re-imagining and rebuilding is really heavy on my heart."

When I ask what Turner might say to people — particularly young people, or people from marginalized communities — who feel like the political system doesn’t work for them, they get serious. “I would say, you’re absolutely right. These systems were made with us not in mind, but we are at a time where, when we speak out and when we act out, when we’re continuously pushing these systems, that’s when the change happens.” They note the victories of people like McBride and Cori Bush, who this year was elected to be Missouri’s first Black congresswoman, as evidence things are changing. “All of these folks continuously push the system that told us that it wasn’t ready for us. And when you do that, you create space for not only yourself, but everybody that’s watching you. Folks that are looking up to you that you didn’t know about.”

“Your name,” they say, “is in rooms that you haven’t entered yet.”

The races still running in the US election