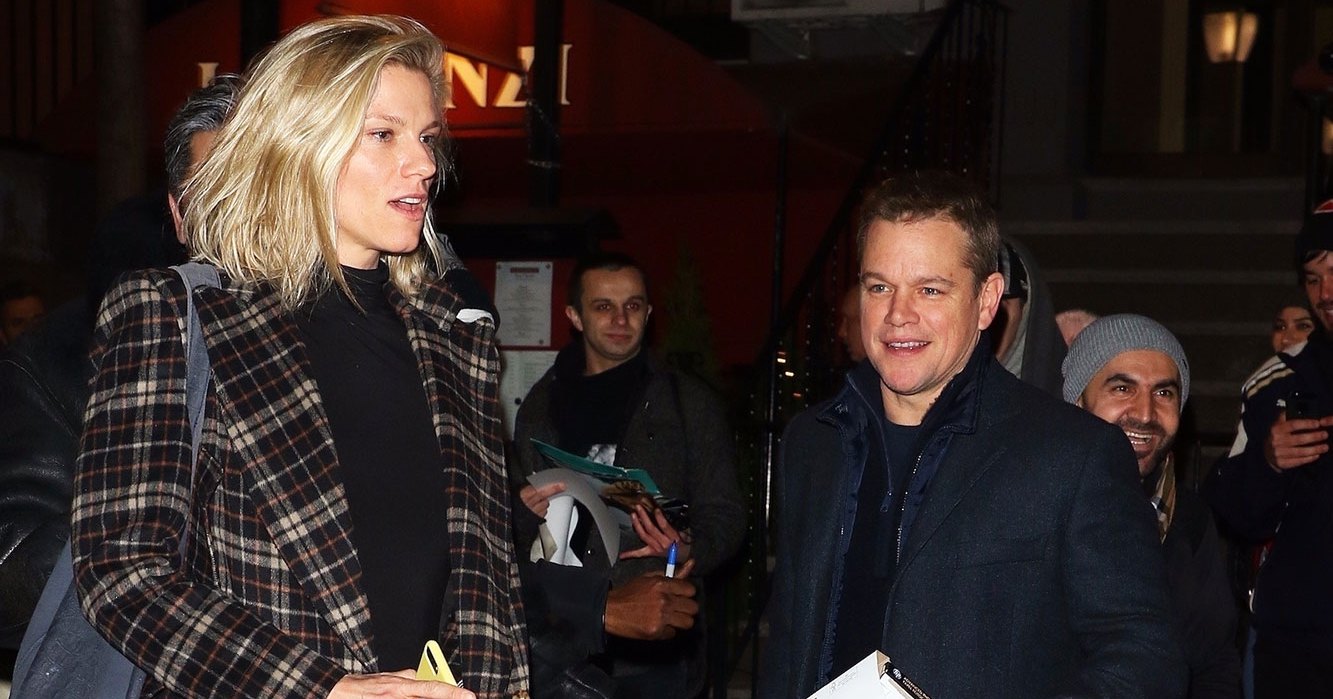 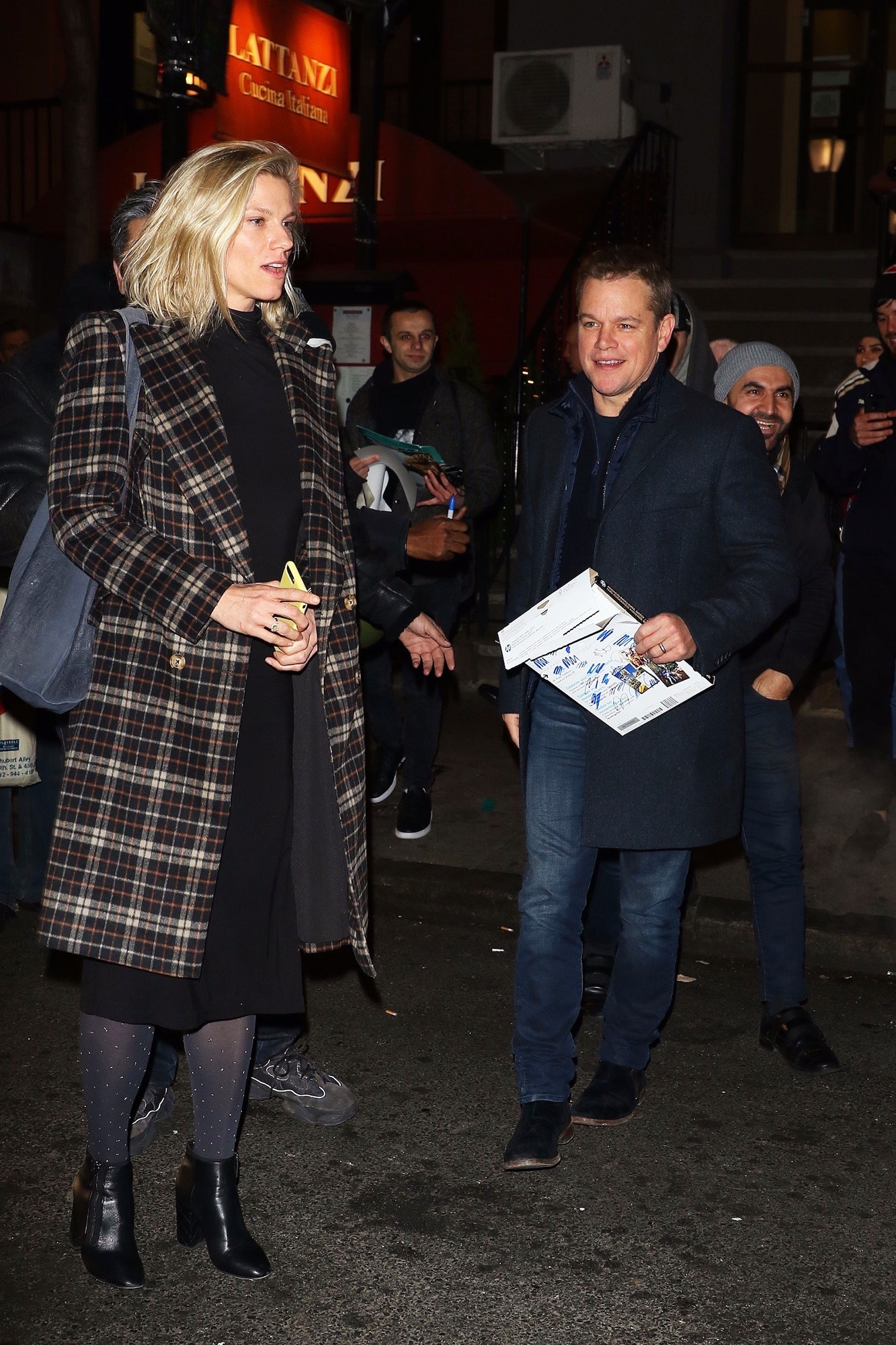 Doesn’t seem so awkward! Matt Damon was all smiles as he stepped out for dinner with his best friend Ben Affleck’s ex-girlfriend Lindsay Shookus ahead of his Saturday Night Live hosting gig.

The Downsizing actor, 48, and the SNL producer, 38, were joined by other cast members and producers of the variety show in New York City on Tuesday, December 11, as they prepared for the Saturday, December 15 show.

Damon looked casual for the outing in jeans and a dark overcoat, while Shookus beamed in a black dress and tights paired with ankle boots and a patterned jacket. The Massachusetts native is set to host the NBC show with musical guests Miley Cyrus and Mark Ronson.

Damon’s dinner with his pal’s ex comes less than four months after Us Weekly confirmed that Affleck, 46, and Shookus called it quits on their relationship of more than one year. The former couple went public with their romance in July 2017.

Shortly after their split, the Batman actor checked into rehab in August and later completed a 40-day treatment program for alcohol addiction following an intervention with his ex-wife, Jennifer Garner, and a sober coach.

Damon, meanwhile, “continues to support” Affleck, with whom he famously won an Oscar for their 1997 film Good Will Hunting. “He’ll always be there for Ben whenever he needs him,” a source noted to Us in September.