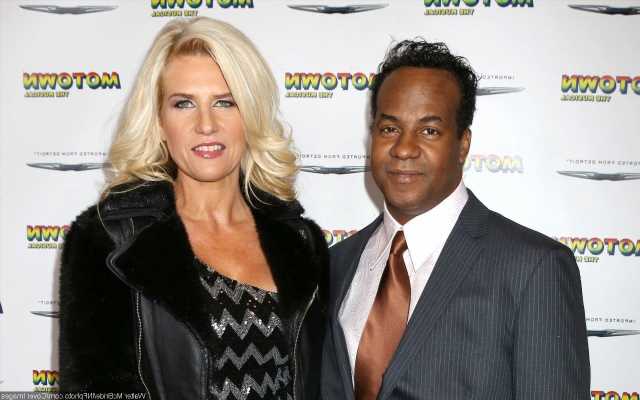 AceShowbiz –Marvin Gaye III‘s wife has filed a restraining order against him. Wendy Gaye filed the petition on Tuesday, January 17 after his arrest.

The news arrived after Marvin III was accused of pointing a gun at his own cousin during an argument in his home in Los Angeles on January 12. TMZ reports that sheriff deputies received a call around 8:05 P.M. on Thursday for a “family dispute” and responded to the Calabasas home of Marvin III. He reportedly got into an argument with his wife and cousin about a previous assault.

The dispute somehow escalated with Marvin III allegedly pulling a gun on his cousin. He then jumped into his sports car and sped off. When deputies arrived, they thought Marvin III was still inside the house so they asked him to come outside. However, neighbors told them that Marvin III had already left in his Corvette.

Deputies then met with Marvin III’s relatives and took an “assault” report, which identifies Marvin III as the suspect. It’s unclear if anyone was injured in the incident, but footage obtained by the site shows Marvin III’s wife being assisted by paramedics and police outside the home after the dispute. No arrest has been made so far.

Marvin III is the son of the Motown legend with actress and singer Denise Gordy, who is the niece of Marvin’s first wife Anna Gordy and Motown founder Berry Gordy (Anna’s brother). Denise gave birth to their child when she was still 16 years old in 1965, while Marvin was still married to her aunt Anna.