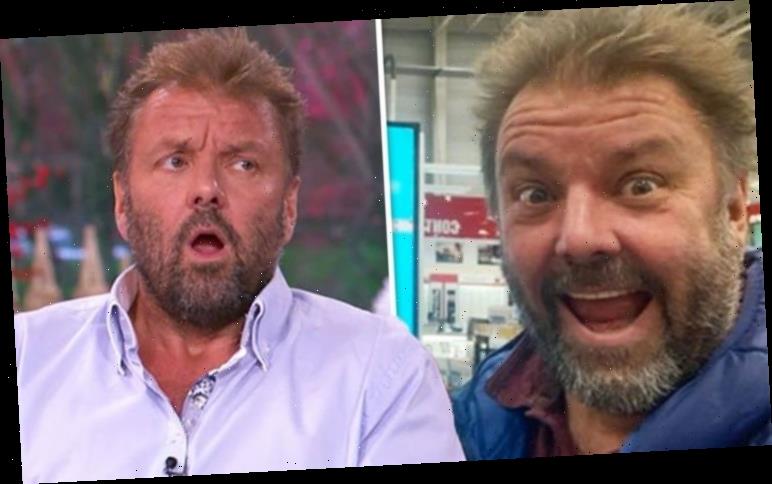 Martin Roberts, 56, took to Twitter and said he was in the process of Christmas shopping when he was taken aback by what he saw. The Homes Under The Hammer presenter admitted he “loved” what he had discovered despite his initial shock.

Taking to the micro-blogging site, Martin uploaded a clip of himself in Costco while in the television aisle where the presenter could be seen on multiple TV screens as they aired Homes Under The Hammer.

In view of his 23,000 followers, he chuckled: “I know this is really childish but I’m shopping and look what’s on the telly. It’s multiple Martin’s on screen in Costco.

He then proceeded to wave at himself on the TV screen as he chuckled: “Hello.” 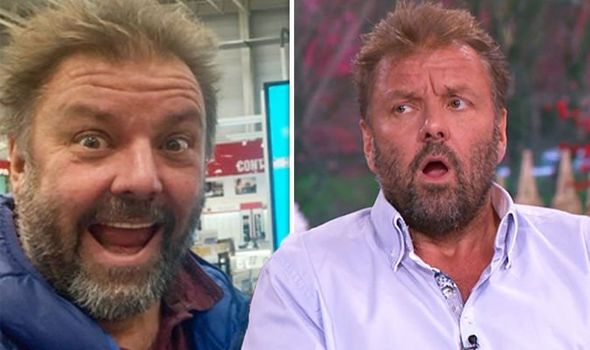 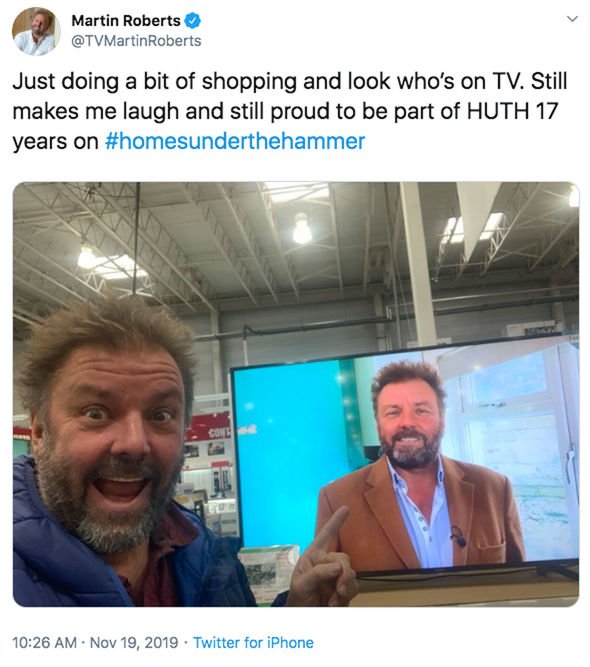 In a previous tweet, the TV personality shared a selfie snap of himself as he pointed to himself on the widescreen.

Fans flocked to comment on the post, as one person quipped: “Show off!” as another person added: “I love walking into Costco and hearing Homes Under The Hammer.”

Another person tweeted: “This is cute and hilarious.”

While a fourth person added: “It’s a bit weird…BUT I LIKE IT!” 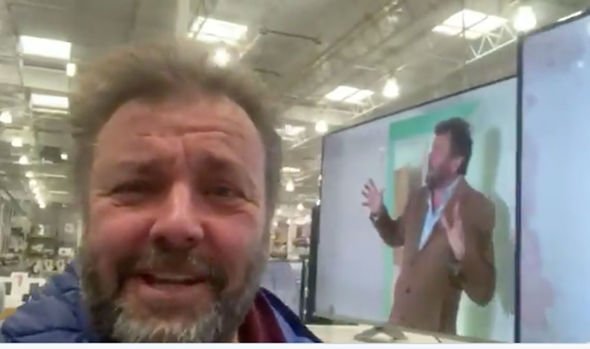 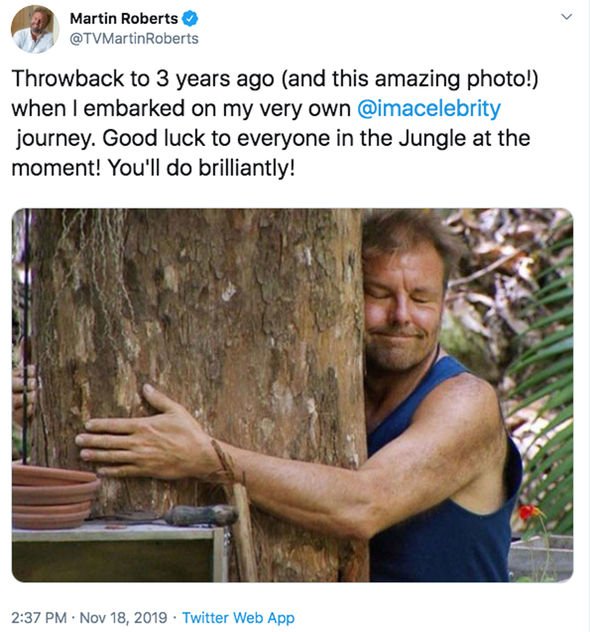 Martin has been a firm fixture on Homes Under The Hammer since the show’s debut on BBC One in 2003.

He presented the property auction show alongside Lucy Alexander until her departure in 2016 and now works with co-hosts Dion Dublin and Martel Maxwell.

Meanwhile, Martin recently took a trip down memory lane when he reminisced about his time Down Under on I’m A Celebrity… Get Me Out Of Here! three years ago.

Taking to Twitter, he shared a throwback snap of himself as he passionately hugged a tree in the Australian jungle.

He captioned the post: “Throwback to three years ago (and this amazing photo!) when I embarked on my very own @imacelebrity journey. Good luck to everyone in the Jungle at the moment! You’ll do brilliantly!”

Fans were quick to comment, as one person said: “Three years already? Wow seems like only this time last year!”

Another person gushed: “I thought you were great.”

He left the jungle after spending 14 days Down Under during a double elimination alongside Wayne Bridge.

Martin appeared on the ITV series back in 2016 alongside celebrities such as Larry Lamb, James Jordan and Scarlett Moffatt.

Meanwhile, the property expert’s rise to primetime television notoriety began when he landed a role on the BBC travel programme Wish You Were Here.

He has also presented shows such as Put Your Money Where Your Mouth Is and How to Survive the Property Crisis.

Homes Under The Hammer airs weekdays on BBC One at 10am.