Home » Celebrities » Marin Hinkle Reveals Rose ‘Has A Rebirth’ In ‘Mrs. Maisel’: She’s ‘Imbued With A New Kind Of Strength’ 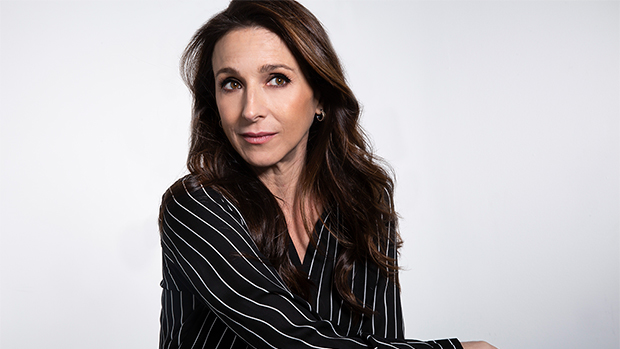 Marin Hinkle Reveals Rose ‘Has A Rebirth’ In ‘Mrs. Maisel’: She’s ‘Imbued With A New Kind Of Strength’

Marin Hinkle, who plays Rose in ‘The Marvelous Mrs. Maisel,’ spoke to HL about her character’s shocking change in the new season!

[This story contains spoilers about The Marvelous Mrs. Maisel season 2.] In The Marvelous Mrs. Maisel season 1, we witnessed Miriam ‘Midge’ Maisel (Rachel Brosnahan) go through an epic transformation, from Upper West Side Jewish American Princess, to crude stand-up comedian in a dingy underground bar in the 1950s. In season 2, it’s not only Midge who continues on in her journey finding her voice. Much to our surprise, in just the first episode of season 2, we see Midge’s elegant, obedient mother, Rose Weissman (Marin Hinkle), pack her things and embark on her own adventure to find herself, separate from her husband, Abe (Tony Shaloub). “I end up feeling like I have no support in the house, and if you remember in the first season, there’s this scene in the temple where I erupt, and that kind of leads me to a feeling of disillusionment, and what do I do? I end up on a plane… to Paris!” Marin Hinkle explained of her character’s actions on the HollywoodLife podcast. “My character kind of explodes with a kind of independence in her 50s. She has a re-birth.”

Rose, taking somewhat after her own daughter’s actions, finds herself in Paris, living in the same apartment she lived in during college, smoking cigarettes and drinking wine during the day. Both Midge and Abe travel frantically to Paris to bring Rose back, only to find her in a free-spirited, happy place with no interest in returning to her empty marriage with Abe or the Upper West Side. “Our relationship had kind of suffered in its distance and kind of lack of romance,” Marin said of Rose and Abe’s marriage. “Paris, as we all know, provides romantic life, and so you get to see that. Then the rest of the season has Rose kind of imbued with a new kind of strength.” Abe goes on to reluctantly accept some of Rose’s need for free-thinking and enrolls her to take some classes at Columbia, where he’s a teacher. “Rose isn’t really able to lead the life that her daughter is sort of secretly leading, so she has half of her that’s intrigued by the notion of growing, but she’s also still relying on what she knew and knows is what she considers the proper way of being,” Marin explained. “For example, I hangout with other female students, and actually tell them or question them about why they’re even in college, why they’re doing this. Why don’t they go connect to the men in the business school? So that is almost a seeming contradiction.”

You can fall in love with Midge, Rose, Abe and all of the incredibly complex and beautiful characters in Amazon’s The Marvelous Mrs. Maisel, by watching the now-available season 2 on Amazon Prime! Listen to our full interview with Marin, here, on the HollywoodLife podcast.

Why did Jack and Dani split up? All about the Love Island winners' break up