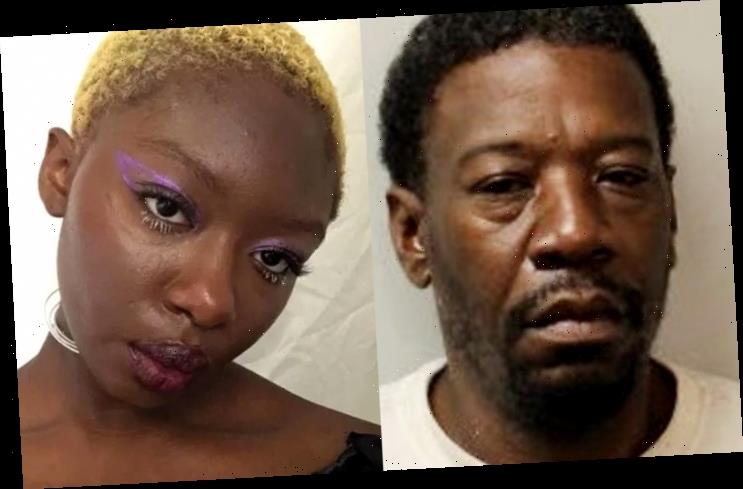 The 19-year-old protester was found dead one week after she had been reported missing on June 6, the same day she tweeted that she was molested by a man earlier in the morning.

AceShowbiz -A man has been arrested in connection to double homicide, with one of the victims being Black Lives Matter activist Oluwatoyin Salau. Aaron Glee Jr. was arrested on Sunday, June 14 in Orange County by the Orlando Police Department on warrants out of Leon County for homicide and kidnapping.

Glee, a 47-year-old man, is suspected of killing Salau and 75-year-old Victoria Sims, whose bodies were found around 9:15 P.M. Saturday off Monday Road in Tallahassee, said Tallahassee Police Department spokeswoman Rachelle Denmark. He was booked shortly before 5 A.M. on Sunday and was still being held without bail as of Monday afternoon.

Salau, known as Toyin, was last seen on June 10 at a dessert shop in Tallahassee. The day she went missing, she tweeted she had been sexually assaulted by a man who offered to give her a ride to a church where she was temporarily staying.

She said she called police after being attacked. It’s not clear, though, if Glee was the same man whom Salau reported to have had molested her in the morning.

The week before her death, Salau spoke at the protests and carried signs pleading for justice in the wake of George Floyd’s death, according to the Tallahassee Democrat. Her brother Oluwaseyi Salau told the paper of her death, “There is no justice that can be served that will replace my sister’s life.”

Film director Barry Jenkins was among public figures who mourned her death. Oluwatoyin Salau. “This should not be. It just should. Not. Be,” he tweeted. He added in a separate post, “I lived in Tallahassee for five years. It’s the state capital. No 19 year old child should be housing insecure in the capital of any state in this nation. Our protections aren’t protecting anybody.”

Martin Luther King Jr.’s daughter Bernice King also sent her condolences. “Rest In Peace, Oluwatoyin Salau,” she wrote on her own account. “I’m sorry that your life was so painful in your last days on earth. You were trying to change America for Black Lives. Thank you. We need #JusticeForToyin, @TallyPD.”

Sims, meanwhile, was a retired state worker and was well-known for her volunteerism and work in local Democratic politics. She had volunteered for the AARP and the Second Harvest of the Big Bend food bank. The 75-year-old grandmother and Salau met during the George Floyd protests. She was last seen on June 11.

Glee was previously arrested on May 29 after a Tallahassee officer saw him kicking a woman in the stomach. The woman, who was neither Salau nor Sims, told police she and Glee had been drinking alcohol together and were walking down the sidewalk when he propositioned her for sex. “She told him no so Glee became angry, shoved (her) to the ground and began kicking her in the abdomen,” according to the police report. Glee was charged with misdemeanor assault and was released on bail on June 1.