The ‘Like a Virgin’ popstar admitted that she wants to hit the road with the recently freed Britney Spears, giving them the perfect opportunity to recreate their iconic VMA moment.

Madonna, 63, hopes that there’s a co-headlining tour with Britney Spears, 40, in her future! The “Material Girl” popstar shared that she’d like to do shows with Britney in the near future, which would give them the perfect chance to have yet  another kiss, just like they did onstage at the 2003 MTV Video Music Awards. Madonna revealed her wish during a short Instagram Live stream on Wednesday January 26. 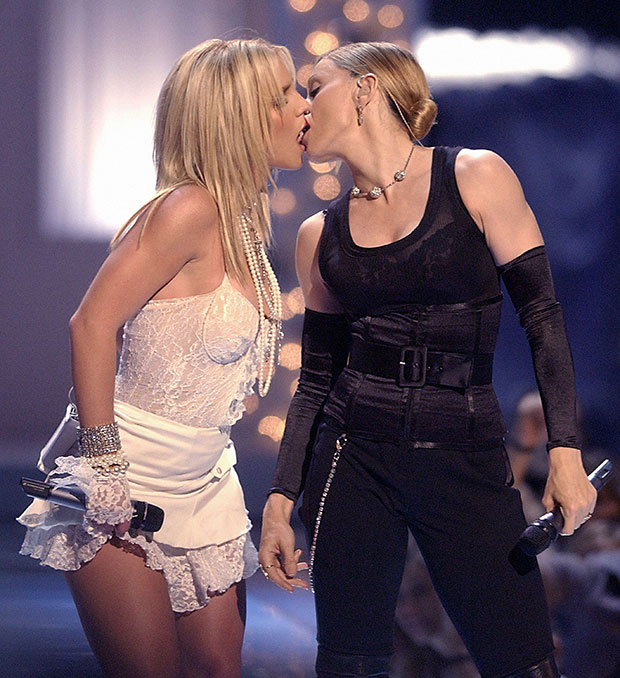 After a few minutes of discussing titles for her upcoming biopic, the Queen of Pop got a few questions from fans about her music and touring plans. Fans asked if she’d ever do another tour, and Madonna revealed her hope to do one with the In The Zone singer. “Hell yeah!” she responded. “Stadium baby. Me and Britney, what about that?”

While she admitted that she wasn’t positive that Britney would be down, Madonna totally recognized how iconic the original moment was and that fans would go crazy to see the pair share another kiss 20 years after they first locked lips on the VMAs stage. “I’m not sure she’d be into it, but it’d be really cool. We could like re-enact the original [kiss],” Madonna mentioned in the video.

Madonna Then & Now: Photos Of The Music Icon To Celebrate Her 63rd Birthday

While obviously nothing is set, it doesn’t seem like Britney would be totally opposed to reuniting with her “Me Against The Music” collaborator for their iconic kiss. When a fan asked the popstar if she’d ever kissed a girl during an Instagram Q&A session, and Britney responded with a smile. “Yes I have kissed a girl and her name is Madonna,” she said. 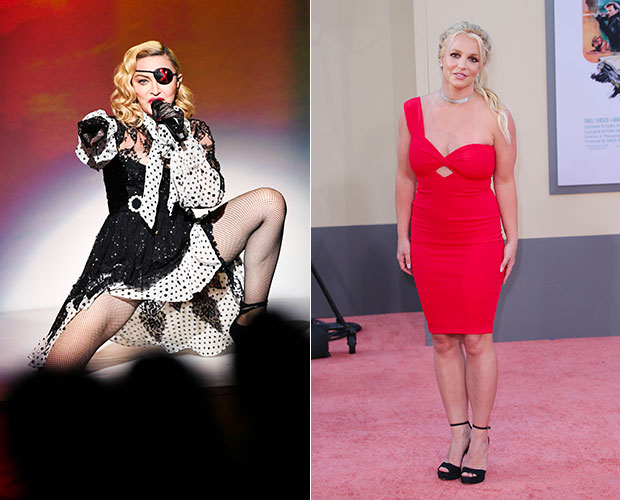 As Britney was in the midst of her conservatorship battle, Madonna was one of many superstars who advocated for Britney to be freed. She called the conservatorship a “violation of human rights” and likened it to slavery in a July Instagram Story. “Give this woman her life back,” she wrote. “Britney we coming to get you out of jail!”