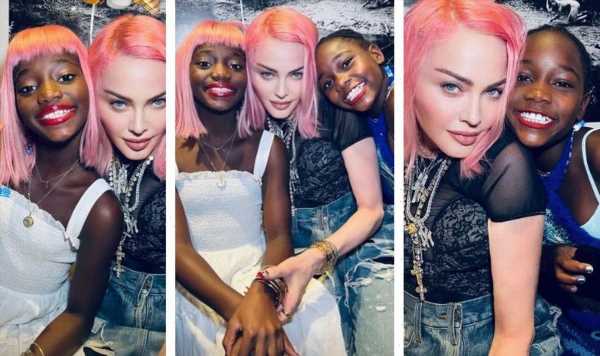 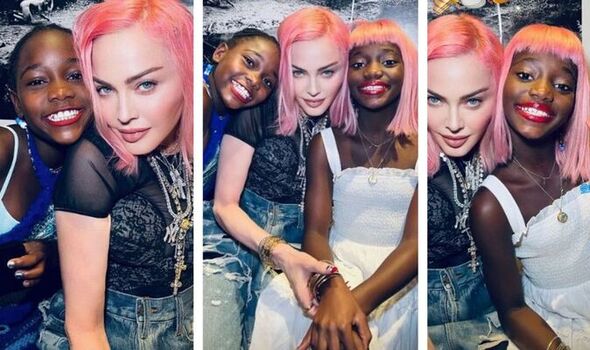 Madonna rocked her new pink locks in photos with her twins

Madonna looked a fraction of her biological age as she posed for a photo opportunity with ten-year-old Malawian adopted twins Stella and Estere, who have been part of the family since they were four

Madonna unveiled her dramatic new look in a set of photos with her adopted twins Stella and Estere as they reached double digits for the first time in their lives.

Astonishingly, age-defying Madonna looked more like their big sister than a mum, despite an age gap of almost five and a half decades.

The star paired a black lace bustier with a transparent mesh top, combined with jeans and a selection of chunky jewellery, including multiple crosses.

She simply captioned her latest photos: “Birthday fun”, while her 18.5 million followers looked on in amazement at her youthful looks.

Meanwhile the Material Girl celebrated her own birthday on August 16 with a wild trip to Sicily, during which she French kissed two female friends and danced the night away, before slowing the pace to enjoy drinks with son Rocco, 22. 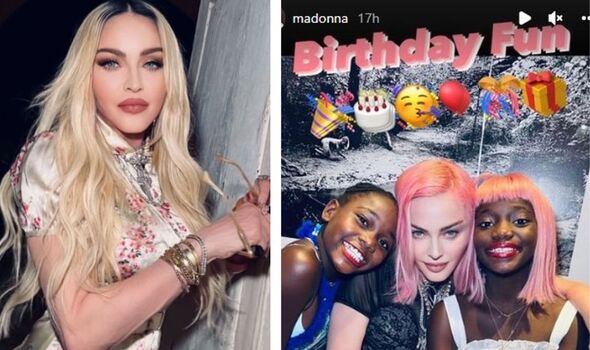 Madonna swapped her long blonde tresses for a pink bob

Vogue singer Madonna demonstrated her fashion forward attitude by changing her hair colour and style completely twice as she switched from her own birthday celebrations to her twin daughters’. 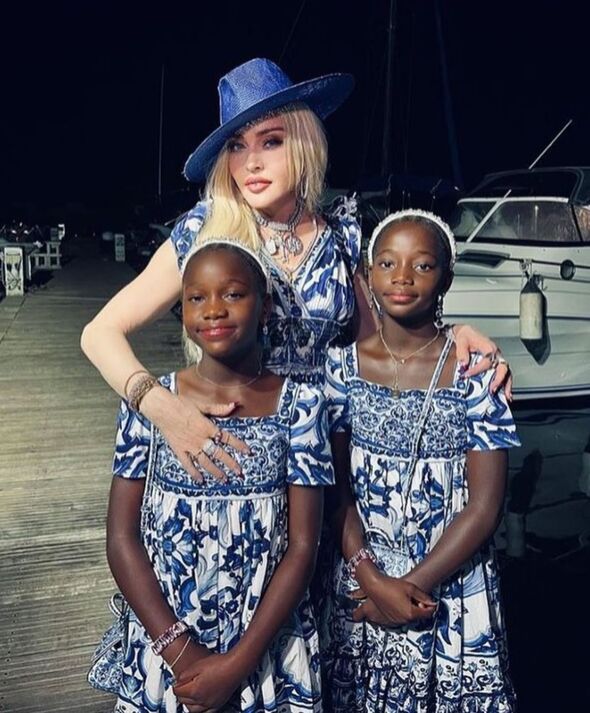 Madonna has a special bond with her young twins

Madonna previously revealed in People magazine that she’d “fallen in love” with the pair before deciding to take them home. “You look into the eyes of somebody, you feel their soul, you feel touched by them — that’s it,” she declared. 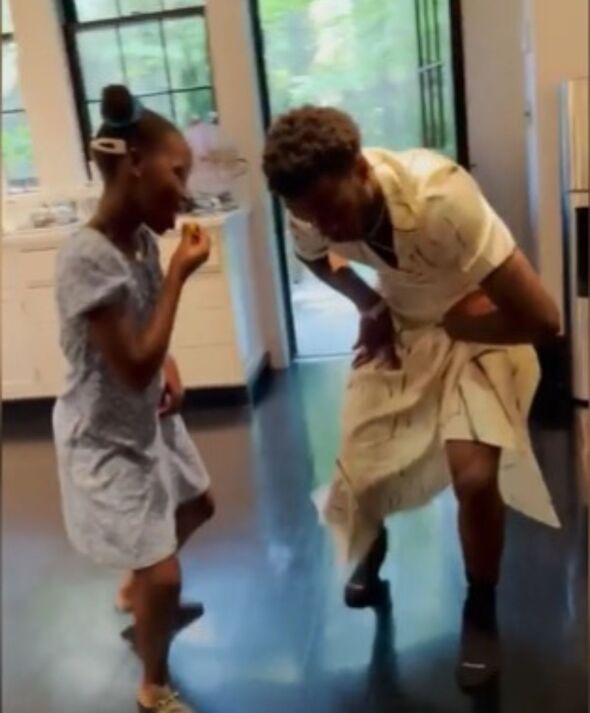 It is rumoured that Madonna’s two youngest children might pursue a performance career too. One of the twins is pictured here dancing in the family home with her brother David, who donned a dress for the occasion. 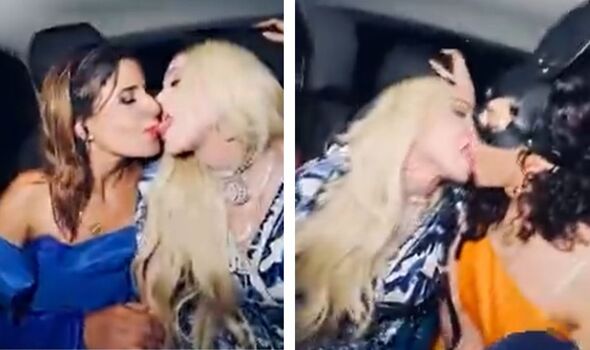 During Madonna’s Sicilian celebrations, the hitmaker passionately kissed two of her female friends, one of whom disguised her face from the camera with a Playboy bunny mask. 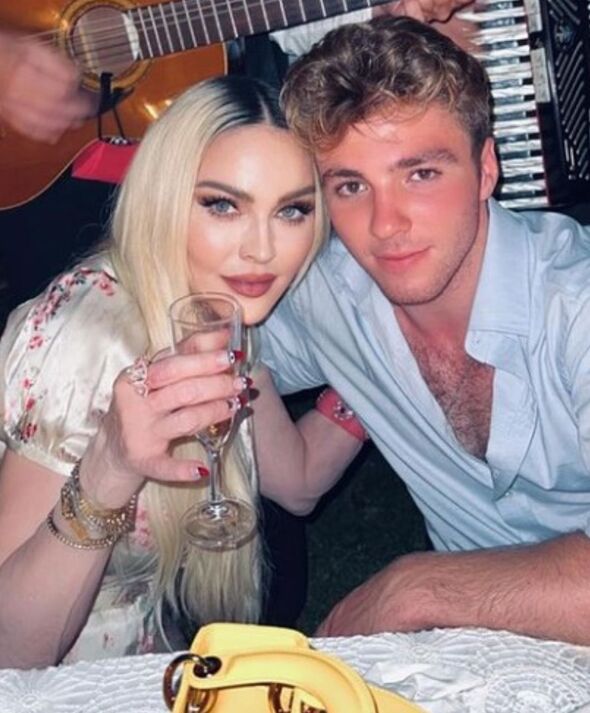 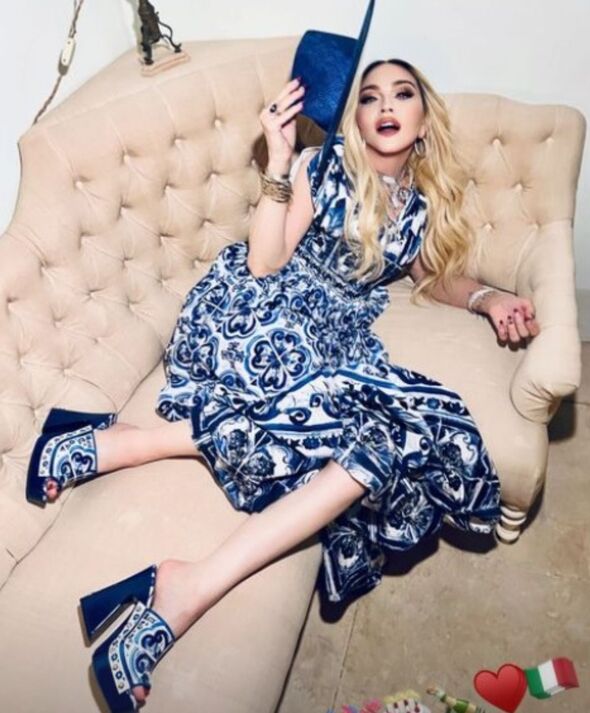 Madonna baring her beauty in blue

Madonna shows no signs of slowing down her raunchy antics and fans are sure to see more from her soon.