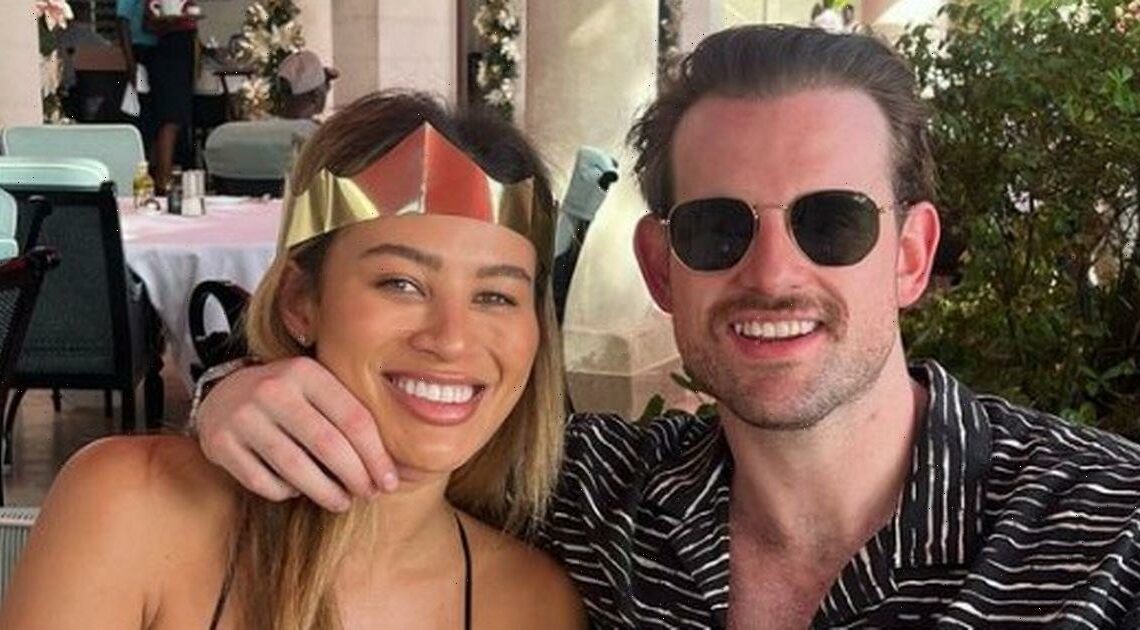 Having jetted off to spend the festive season in a warmer climate, Montana donned a purple and white patterned bikini from hew own swimwear brand Swim Society which left her bump proudly on display.

Sharing some more snaps from her holiday the former Love Islander posed alongside boyfriend and dad-to-be Mark O'Connor.

Friends and fans alike were quick to comment on the mum-to-be's holiday pics, with fellow ex-Islander Samira Mighty writing: "Babbbyyyyy" followed by a fire and a heart emoji.

While another Instagram user commented: "Awwwwwww Congratulations. Amazing news" and a third added: "Huge congratulations gorgeous. Going to be one beautiful baby that’s for sure."

Montana announced her baby news in a sweet video clip showing off her bump and ultrasound, which she posted on Christmas Eve, and captioned: "Baby O’Connor coming next summer."

She has since opened up about her pregnancy via a fan Q&A on her Instagram page, with one fan asking if her pregnancy was planned.

To which the TV star replied: "This was planned, however, I didn't realise for ages that I was pregnant because we were trying earlier on in the year and it wasn't happening.

"Then I had loads of tests done through [nutrition practitioner] Pippa Campbell; found out I had very low levels of oestrogen and testosterone which I was really surprised at."

Montana shot to fame on the popular ITV2 show Love Island in 2017 and lasted an impressive 50 days in the villa, but did not quite make it to the final.

Montana began dating real-estate executive turned rugby player Mark in 2020, with the relationship going public after the pair were spotted enjoying some quality time together in Barbados.

At the time, asource told Mail Online: "He played rugby for Chiswick and Wales 1st Teams as a prop, and has a proprietary interest in Forge Gym London. That's likely how he met Montana.

"He used to be out of shape and is now very much in shape. He's a very wild bloke to go on a night out with, drinks a lot. Very good fun to be with.

"His father owns a huge development/construction firm which he will inherit," the insider divulged.