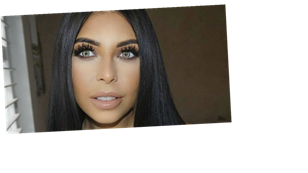 Love Island star Cara De La Hoyde has opened up on her “horrific” labour with daughter Delilah and admitted the pain was so bad she “wanted to die”.

The mum of two, 26, shared candid stories from her labour experience, after she was rushed to hospital and induced.

Cara, who was diagnosed with pre-eclampsia during her second pregnancy, got candid with her 1.1million fans during an question and answer session on her Instagram story.

When asked by a fan if her labour was painful, she admitted: “Horrific! No joke how you’re going through it and not dying I have no idea.

“Take whatever pain relief you want, don’t be a hero for the sake of it but I did it again so you do forget about it.”

Cara also admitted she was scared to give birth after her first experience welcoming son Freddie into the world in 2017 as she knew what to expect this time.

One fan admitted to Cara she was scared to give birth the second time and asked if Cara felt the same, to which she admitted: “So was I, so much more than with Fred, I think it’s because you know what to expect this time and how much it hurts.

“But honestly was a lot easier. Like I still wanted to die but it didn’t seem as bad after the first time.”

Love Island star Cara, who shares her two children with husband Nathan Masey, revealed she did not have a natural birth out of choice.

She explained: “I would have taken all the pain relief I could if I could have, with both by the time I decided what I wanted was too late.

“I’m not one for all this hypnobirthing I don’t want any pain relief bo**ocks. That's deffo things you hear from a first-time mum.

“If you’ve done it and felt it, you want all the drugs they can give you.”

It comes after mum of two Cara and Nathan revealed her hubby almost missed the birth of her second child.

Speaking in an interview with new! magazine, Nathan said: “I nodded off. If I had missed it I don’t think I would be sitting here now! I just saw the look in her eyes as I walked through the doors and she was like, ‘You’re late!’.”

Cara added: “They broke my waters at 4.30am and by 5.30am she was here. I had two pushing contractions and she came out – no one expected her to come out that quick. Nathan said the midwife had to catch her as she came out!”

Love island star Cara also revealed she was only given gas and air during her birth as she was asked about her labour.

She said: “It was horrific. I had contractions in my stomach and back pains as well, so double the pain. I only had gas and air.”

Chelsea poised to make history with £27.7m transfer swoop for Rennes' Edouard Mendy to crank up the pressure on Kepa