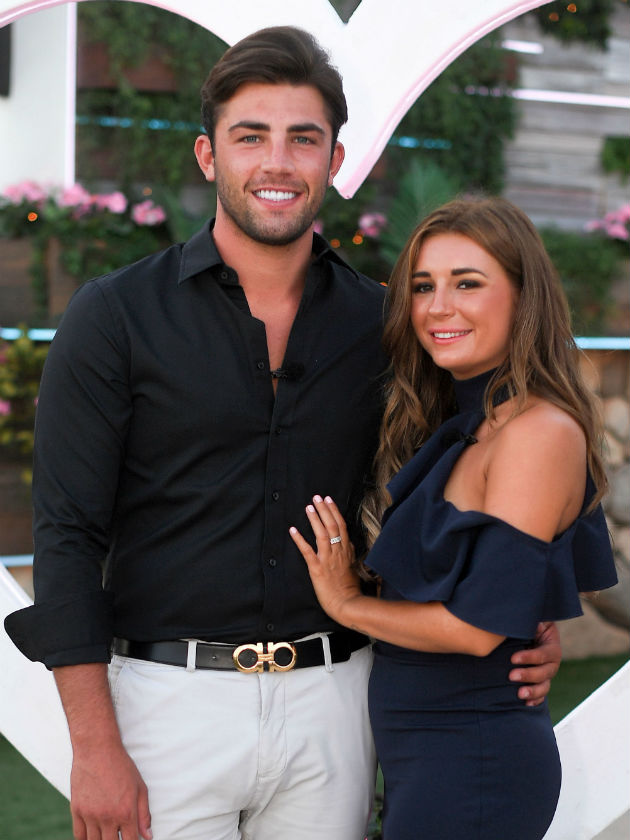 They walked out of the Love Island villa as winners less than six months ago, but sadly Dani Dyer and Jack Fincham have called time on their romance.

Dani, 22, announced the split via her Instagram story this evening and revealed she and her beau were calling time on their relationship.

‘Jack and I have sadly decided to part ways. It’s been an incredible 6 months, and we will always have a place in our hearts for each other, but sadly we’ve come to the realisation that it’s not meant to be long term.

‘We both plan to stay friends. I hop you’ll all understand. Love Dani,’ she added.

Meanwhile, pen salesman Jack is yet to share a statement – instead sharing a snap of him and his baby pooch earlier today, and simply captioning it: ‘Puppy love.’

According to The Sun, an insider claimed: ‘When they left the villa they really thought they would stay together forever, but reality soon set in and things started to get strained.

‘They came out to a whirlwind of publicity and after a while, things started to get to them and the cracks appeared.

The sourced added: ‘They are both incredibly busy and they have decided to call time on their romance.’

The couple had been plagued by rumours of a split for several weeks now, despite living together and being very open about their plans to spend Christmas together.

However, in September Dani revealed that domestic life wasn’t as blissful as she had hoped.

‘Jack and I are only human and we’re not going to always agree on everything, but we love each other very much and always respect and support each other through everything,’ she said during an interview with OK! magazine.

However, the couple had already discussed marriage and children – and were the only couple to stay together throughout the entire 2018 series of Love Island.

Dani told the Standard: ‘I have just always wanted to get married at 25. It’s a lovely age, because then you can have children after. Have a few years and then have children.’

It’s unsure what will now happen with the couple’s reality TV show, which they have been filming in recent weeks.

Revealing that it had been pretty tough, Jack admitted: ‘Filming the show wasn’t easy. It was tough, it was intense – you’re on camera most days of the week all day long.

‘We had bickers during filming just like any other couple. I got emotional with Dani doing it; I even had a couple of tear ups. But Dani and I got through it,’ he added.

Wishing you all the best guys!

FA Cup third round TV games: Which matches will be televised on BBC and BT Sport and what time?
World News