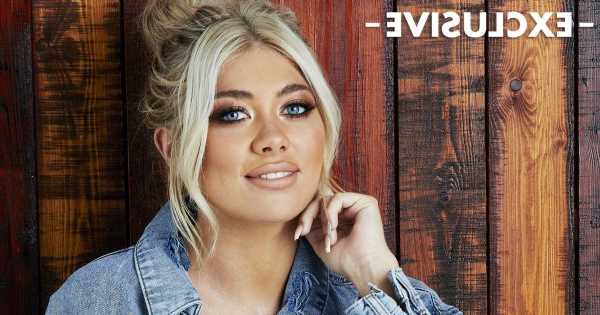 Paige Turley has exclusively revealed she "wasn't fussed" if a bombshell stole her man when she was in the Love Island villa.

The 23 year old won the hit ITV2 dating show last year after pairing up with 21 year old Finn Tapp – but he was not her original partner.

As she was an original Islander, Paige initially coupled up with Ollie Williams, who subsequently quit the show after just four days.

But before he left the villa, Paige was at risk of being left single after bombshell twins Jess and Eve Gale were given the same task as Chloe Burrows and had to steal a boy each after just 24 hours.

Get exclusive Love Island stories and fabulous updates straight to your inbox with OK!'s daily Factor 50 newsletter. You can sign up at the top of the page.

Blonde beauty Paige has now admitted she wasn't left sweating over the girls' arrivals because she "wasn't keen" on Ollie anyway.

Speaking exclusively to OK!, Paige said: "At the very start I was with Ollie and I wasn't too keen, so I was like, 'Oh whatever happens happens', I wasn't too fussed.

"But the fact that Shannon [Singh] has actually left the island, Oh my God. It's such a shame.

"Bless her, she hasn't even had the time to settle in or unpack her stuff.

"Liberty and Jake seem really good, they're the stand out couple for me who really seems to be hitting it off."

Despite being a fan of Liberty [Poole] and Jake [Cornish], she doesn't think the comparisons between them and herself and Finn can help them win.

"You could stick any blonde girl and a guy with a beard next to us and say it looks like me and Finn," she laughed. "Looks can't win you the show."

Discussing how the Islanders will be feeling in their new home, Paige continued: "The first couple of days are just mad.

"You're in this house, and it's not until you're in there that the realisation hits that you're living with nine or 10 strangers and you're sharing a bed on the first night.