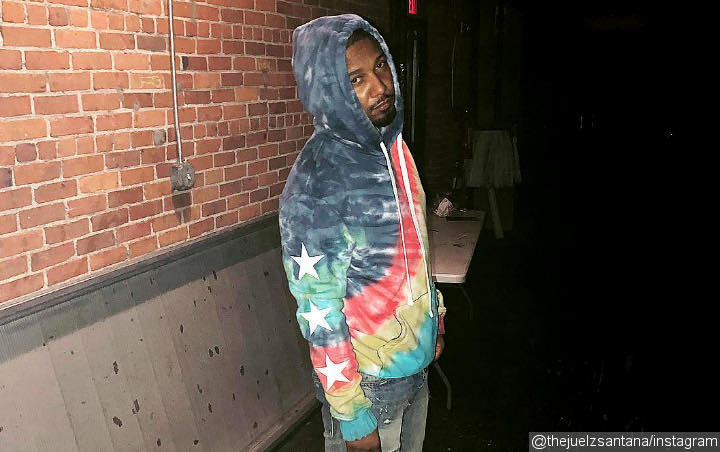 AceShowbiz –Juelz Santana a.k.a. LaRon Louis James is going to spend some time behind the bars. The “Love & Hip Hop: New York” star has just been sentenced to 27 months in prison in his airport gun case, according to TMZ.

The rapper was sentenced on Wendesday, December 19 in Newark, New Jersey after bringing a loaded gun on an aircraft back in March. In addition, the Dipset rapper will be under supervised release for 12 months after he’s completed his time.

It’s currently unknown when the rapper will have to surrender himself. Prior to heading to prison, he is set to hit the stage on Long Island.

It seemed like he had foreseen the sentece. He said in a recent episode of “Love & Hip Hop” that he believed he’d get 27 to 37 months for the crime.

He left the area and abandoned his bags behind. However, he turned himself in three days later.

The “There It Go (The Whistle Song)” star pleaded guilty to the charges in August after initially pleading not guilty.

His airport gun case previously cost him a gig at the MTV Video Music Awards from as he was denied permission to travel to New York for the ceremony in August. He reportedly filed paperwork seeking approval to head to New York to attend Monday night’s (August 20) MTV prizegiving at Radio City Music Hall, but his request was rejected.

It’s not the first time Juelz had an issue with law. Back in 2011, the rapper was arrested after police found two loaded handguns. In addition, officers caught him bringing 17 bags of marijuana and drug paraphernalia while raiding his New Jersey studio. He pleaded guilty to fourth-degree marijuana distribution.