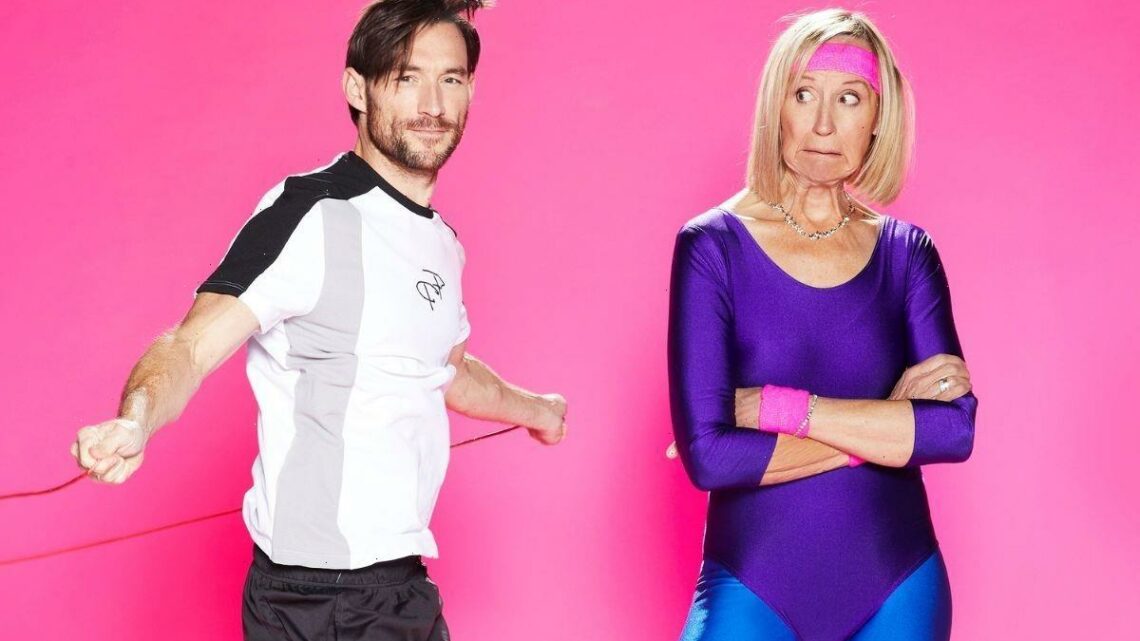 Carol Griffin and her husband Mark Cassidy have slimmed down through a combination of exercise, cutting out alcohol and embarking on a new healthy eating regime – but when his weight loss sent his wedding ring flying off his finger, it left the Loose Women panellist fuming. Mark admitted his wife, who had became “exhausted” as a result of their new lifestyle of intensive exercise, “went mad” at the loss.

The 62-year-old described 2023 as the pair’s “year of fitness” – but she hadn’t quite bargained for the effects of their new routine.

Mark took up the story in a brand new interview for Best magazine, revealing sadly: “My wedding ring flew off in the sea when we were on holiday just before Christmas and I lost it. Carol went mad!”

The silver lining for the couple was that he’d been “working out” relentlessly and avoiding alcohol for several months to guarantee maximum health.

Carol also admits that she has been able to benefit from his new aesthetic.

“You should see his six-pack!” Carol exclaimed, adding: “He’s too shy to show it off but if I had a stomach like that it’d be crop tops every day!”

Carol, who admits she was a dedicated gym bunny back in the 1980s, says she hadn’t been in the right “headspace” for dieting over the Christmas period, but is trying earnestly now.

However, she might have a lot to live up to in the fitness stakes as her husband, who at 40, is 22 years her junior, and “exhausting” her.

“I think Mark loves laughing at me being useless at star jumps,” she confided.

She added: “As much as he tries to get me to do sit-ups, I just can’t do it anymore. I’m too exhausted!”

Yet she insisted she had no intention of giving up as the pair embarked on their joint year of fitness together.

Carol divulged that her only weakness is a penchant for Rosé wine – the only thing she feels she consumes to excess.

Now that she’s on a mission to get lean, she’ll be accepting help from Mark, who is a certified personal trainer.

However, Mark explained that the idea of regular couple workouts is still a no-no for them, despite them sharing almost everything else together.

The couple, who are very much in love, married in 2018 in a secret Bangkok wedding ceremony a decade after they got engaged.

Carol has previously admitted that before being introduced, some still think they are mother and son due to the pair’s age gap.

However, that hasn’t deterred either of them – and Carol has been able to make a joke out of it, cheekily telling the Sun that her 40-year-old husband was “getting on a bit” now and might need to be “traded in”.

Age aside, the other curveball they struggle with as a married couple is that they sleep in separate beds, in a bid to prevent Mark being awoken by her snoring.

Yet Mark had been a “rock” throughout her battle with breast cancer back in 2014 – and he is still supportive now that she has been in remission for several years.

Elsewhere in the new interview, Carol reveals her fitness icons, admitting that, unlike modern Instagrammer Mark, her favourite inspiration comes from the golden oldies.

She has always admired Olivia Newton-John, who sadly died last year aged 73, following her own decades-long battle with breast cancer.

Carol also loves fitness video guru Jane Fonda, who was enormously popular in her day too – and loves her oast “iconic outfits”, although she jokes that she’d draw the line at wearing them herself these days.

The full interview and photo shoot features in the new issue of Best magazine, on sale from today.