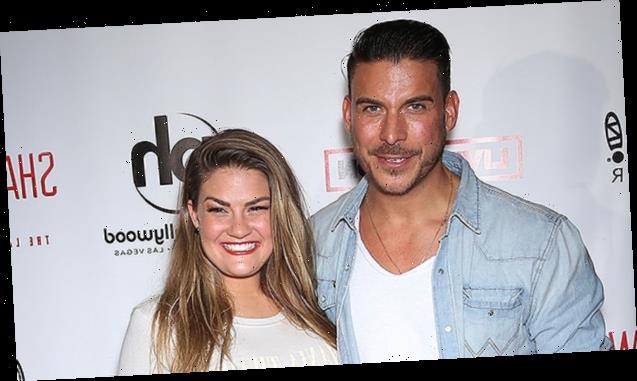 Lisa Vanderpump reacted to Jax Taylor and Brittany Cartwright’s ‘decision’ to leave ‘Vanderpump Rules’…by suggesting that it wasn’t a decision at all!

Lisa Vanderpump, 62, made a very interesting comment about Jax Taylor and Brittany Cartwright‘s exit from Vanderpump Rules. In a new interview, the executive producer was asked if she was “surprised” by the married couple’s “decision to step back” from the show…but her response made it sound like it may not have been their decision. “Was I surprised what they decided? Well, if you put it like that, yeah. I would have been really surprised,” Lisa said in a video interview with Us Weekly that was uploaded on March 16.

LVP further elaborated after making the cryptic comment. “Who makes the rules? It’s not me…Bravo, they produce the show. Even though I’m an executive producer on it, you know, they make most of the decisions,” she told Us Weekly. The restaurateur also talked about Stassi Schroeder, who left Vanderpump Rules a few months before Jax and Brittany did in 2020.

“I haven’t spoken to [Stassi]. I did reach out to her a couple of times, but she never responded after she was let go,” Lisa said during the interview, adding, “And that’s her choice, you know. That’s OK.” However, Lisa had previously defended Stassi in Jan. 2021.

Jax announced that he and Britney were departing Vanderpump Rules for undisclosed reasons in Dec. 2020. “The last 8 years on Vanderpump Rules have been some of the most challenging, rewarding and fulfilling years of my life. Although this is difficult to share, Brittany and I will not be returning for another season of Vanderpump Rules,” he wrote in an Instagram post, which you can read below. Amid the announcement, Jax wrote that he and Brittany were “excited to take this time to focus on [their] growing family” as they are expecting their first child together.

Since Jax didn’t disclose the reasons behind this exit, fans of course had questions. In response to one of these curious Bravo viewers, Jax wrote underneath the announcement post, “I just couldn’t see doing this same type of show with a child. My marriage and my family are more important. I am excited now to be a fan.”

About half a year before his announcement, 90 Day Fiancé star Ashley Martson called for Jax to be fired just like his castmates Stassi, Kristen Doute, Max Boyens and Brett Caprioni. Ashley resurfaced an Instagram comment that Jax wrote in 2018 about her husband at the time, Jay Smith, which read, “Your mans nose is the size of his head…”  (according to Us Weekly). “One of the most well known racial stereotypes is referencing a black persons nose,” Ashley had written on her Instagram Story that summer as she explained why Jax’s comment was problematic.

The Vanderpump Rules cast was “blindsided” over Jax and Brittany’s exit announcement, we learned in Dec. 2020. “Several cast members felt it was calculated and wanted the courtesy to be prepared. They really had no idea it was happening and wanted a heads up. They all felt so blindsided,” a source close to production had EXCLUSIVELY told HollywoodLife.