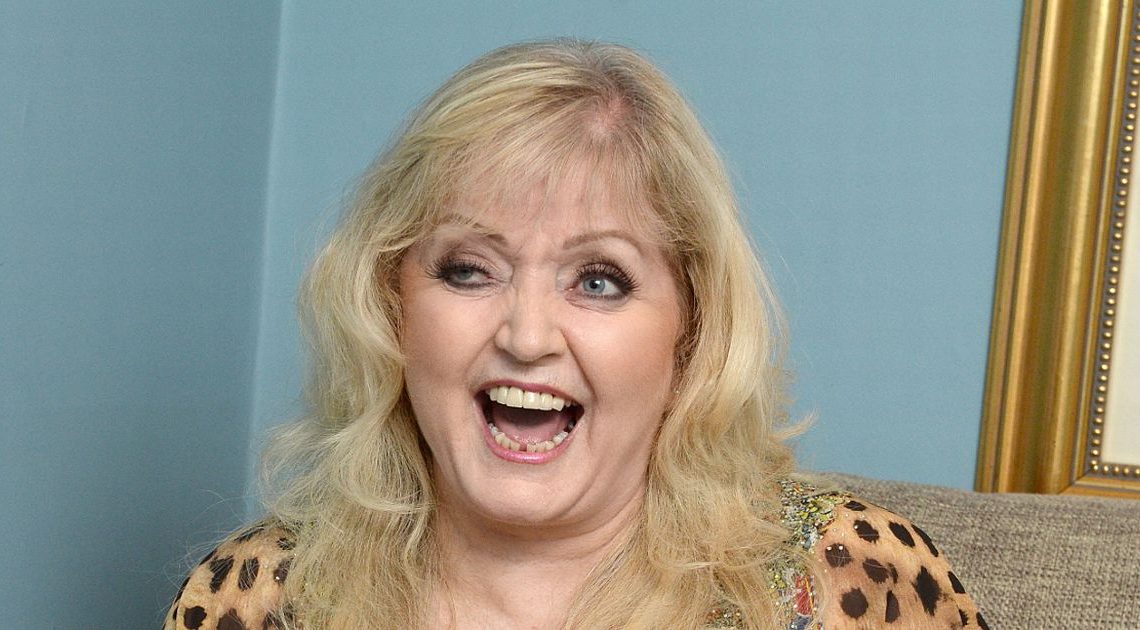 Dealing on a daily basis with an incurable tumour in her hip, Linda Nolan could be forgiven for not wanting to plan too far ahead.

Yet as she prepares to hit 60, the singer is looking forward with a smile – and turning to online dating hoping to find a man to build her future with.

And she admits with a grin: “The thought of it makes me feel 16 again.”

Since her husband Brian died of skin cancer 11 years ago after 26 years of marriage, heartbroken Linda has only kissed one man.

But she feels she now has room for someone else in her life – and plans to sign up to a dating network for people who have lost loved ones.

“It’s difficult, you say you’re one of The Nolans and then you think, are they going out with you, or because you’re in showbusiness?

“My counsellor says, ‘You should go on the Saga date site. It’s for people who have lost partners and are looking for companionship’.”

Linda says the thing she misses most is having that special someone to share her life with.

She says: “I’m 60 in two weeks. It would be lovely to meet a man who became a great friend, and if anything else happened that would be great.

“I don’t really miss sex. What I miss is a soulmate, someone to watch a movie with, and having a hug.

“I’m not saying I wouldn’t have sex, but it isn’t the be-all-and-end-all. It would be nice to turn up to a ball on a man’s arm.”

One man who does bring a twinkle to her eye is former Strictly Come Dancing judge Len Goodman, 74. “But he’s got a wife,” she laments. “He’s absolutely lovely, a real gentleman.”

Love has been a cornerstone of Linda’s life – and as she marks her 60th birthday on February 23 with a bash for 200 pals, she was determined the room should be full of love.

“There are some people who aren’t invited,” she says with a mischievous smile. “And I sent four of them invites to let them know. I loved that.

“I’m not bitter and twisted, but they deserved it. Cancer has given me the freedom not to be bothered.”

She has been promised the party will bring “loads of surprises”. Linda reveals: “Denise, my sister, said, ‘You’re going to have the night of your life’.”

Yet thoughts of her illness are never far away. Diagnosed in 2006 with breast cancer, she was given the all-clear five years later.

But six years on she was told she had secondary breast cancer, when a tumour was found on her hip. And in an emotional interview, she reveals she has already thought about ending her life when the time comes.

Before that happens, she says, she will use the time to fight for change in the law to allow for assisted suicide.

With Alzheimer’s also in her family, she insists rather than an undignified death she would travel to Switzerland, where assisted suicide is legal.

Linda says: “Knowing you have Alzheimer’s like our mum had, and seeing her go through that where she was frightened, and she didn’t know what time it was… it was so difficult.

“One of my friend’s husbands was diagnosed at 58. By the time he’s 65 he’s not going to know anything.

“If I was facing that, it’s something I’d consider – because of how difficult it was for our mum, for all of us, slowly losing her. It was heartbreaking.”

In 2017, 47 Brits travelled to Dignitas, a group backed by Swiss doctors. It provides assisted suicide to people with terminal illness, or severe mental or physical illness – so long as they are of sound mind.

More than half of Brits have said they would consider such a step. And Linda now believes the law here should be changed.

She says: “When I see people with motor neurone disease and someone says, ‘I don’t want to go through that’, I completely understand.

“There was a man with it who was trying to get the law changed so he could have an assisted death. I really felt for him.

“If you’re going to do that, you’d want to be with people you love and not risk them being prosecuted. You should have a choice.”

One result of Linda’s radiotherapy has been arthritis , causing severe pain.

She says: “It’s in all my joints – my shoulders, my elbows, my wrists, my knees, my feet.

"When I stand up I have to steady myself, it’s really painful. On top of everything else, you think, ‘For God’s sake, how much more really can I take?’”

But she adds bravely: “If my cancer deteriorates, I’d want to be in a hospice – my family are here. But if I thought I’d be racked with pain then, yes, I’d think of Dignitas.”

Yet Linda remains cheery and upbeat, admitting she spends most of her time living in the moment. She is saddened, though, that two of her friends will not be at her birthday bash after losing their cancer battles.

She says: “They were quite recent friends. One I’ve known six years, the other I met when I was having radiotherapy in Preston.

“She’d also been re-diagnosed and she’d phone and say, ‘I feel s*** but you’re the only one who will understand how I feel’. It was a short relationship, but we had a bond.

“Although my cancer is contained, it’s still sitting on my hip. It just makes me think, I’m going to make the most of every day.”

Chris Brown Takes Offset Feud To Another Level By Dragging Cardi B Into It: ‘Ima Send Ya Girl Flowers’
World News