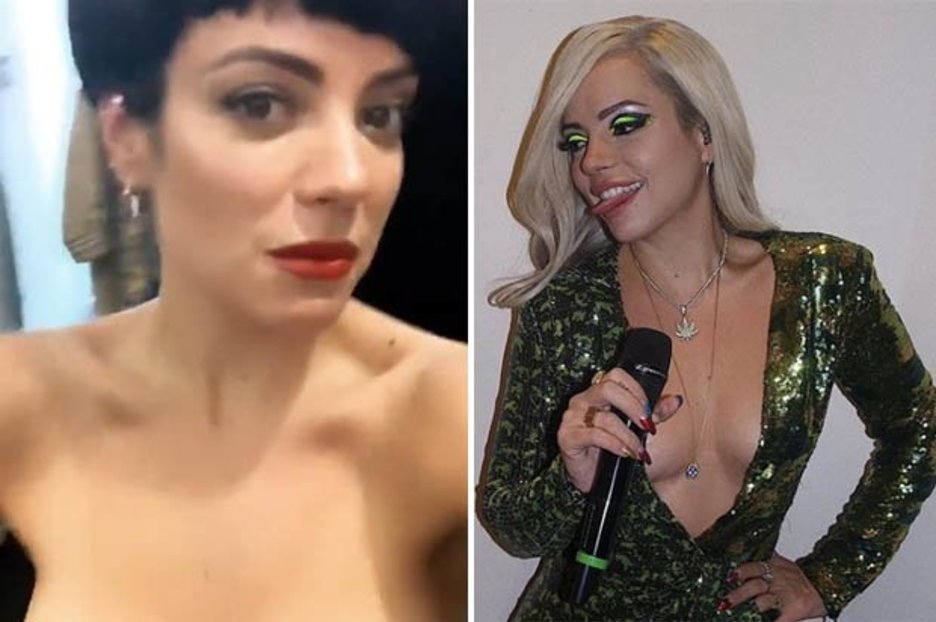 The singer has never been one to avoid controversy, and her latest video has definitely proven that to her fans.

In a short-lived Instagram video, which circulated online, Lily reportedly paraded her bare chest to her 1.3m followers in the candid clip.

However, the reported clip is no longer visible on her Instagram story – but it didn’t stop fans talking, with thousands of her followers catching onto the eye-catching stream.

The babe flaunted her flesh as she filmed herself in nothing but knickers as she recorded herself in the dressing room.

Surrounded by clothes and shoes, Lily ditched her bra as she flashed her boobs for all to see.

Flaunting her torso and allowing her boobs to steal the show, Lily had no issue with overexposure as she went wild with the clip.

Opting for a bold makeup look with a flick of black eyeliner and red lipstick to top it off, Lily ramped up the sex appeal.

Although she oozed confidence as she embarked on the major flesh-flashing video, she swiftly deleted the clip. 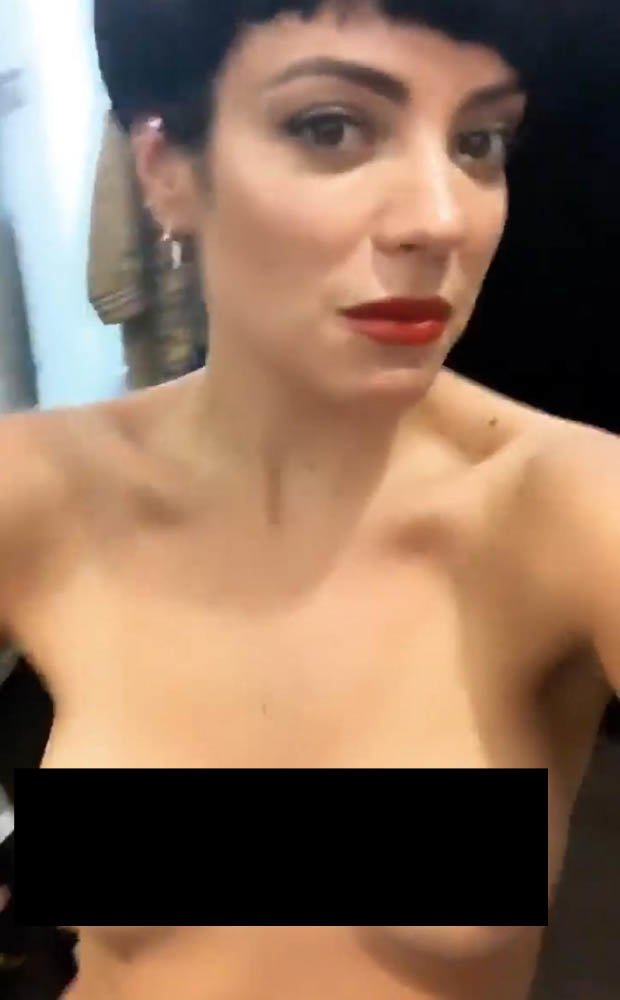 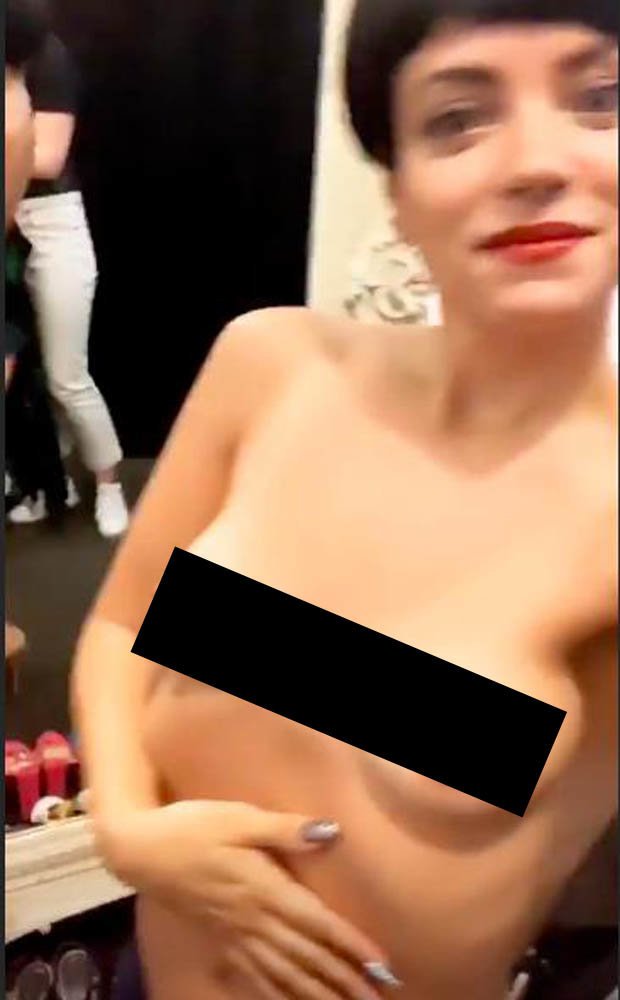 Taking to Twitter shortly after, her fans gushed over the video, with many praising Lily for her flesh-flashing antics.

Another added: “Lily Allen’s t**s on Instagram have just made my day.”

A third fan chirped: “Lily Allen just got her boobs out on Insta stories and I’m living for it.” 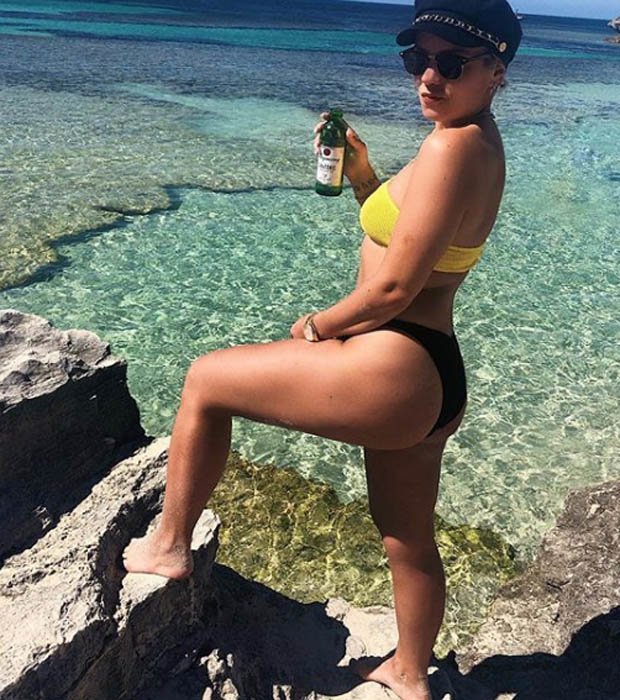 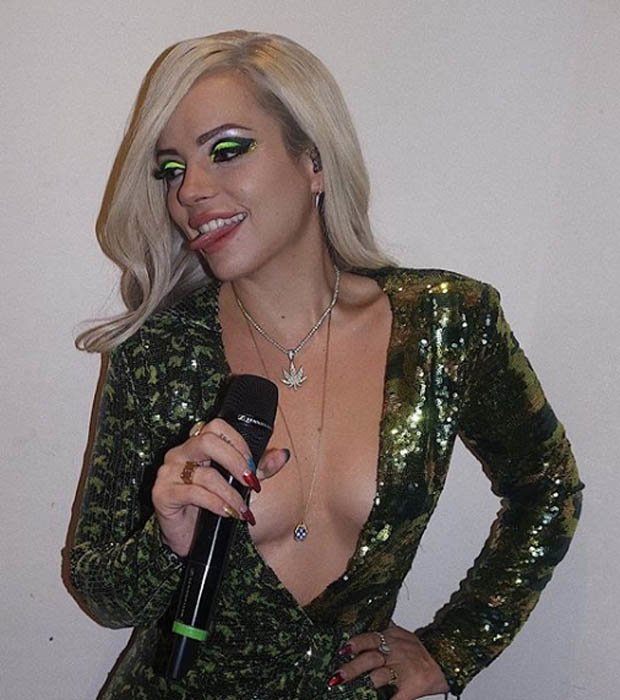 While Lily doesn’t usually mind flashing the flesh on Instagram, she does tend to cover herself in one way or another.

However, the babe decided to go full-frontal with her latest display, and it’s definitely something fans aren’t used to.

Despite Lily’s quick attempt to delete the clip, her followers definitely took a liking to her wild antics.