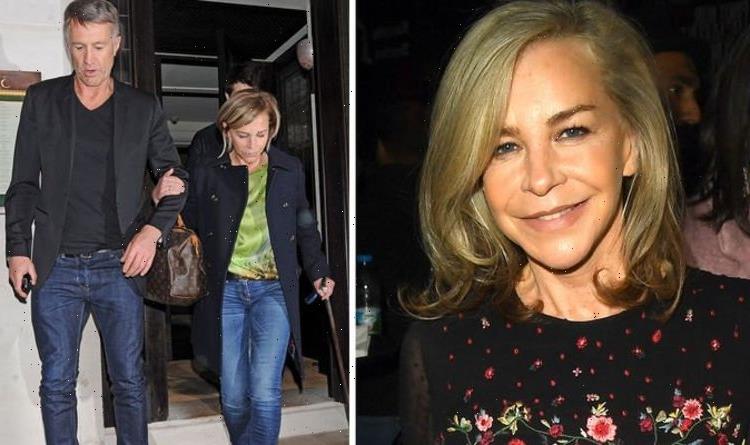 Leslie Ash was left unable to walk after contracting a superbug while in hospital in 2004. The actress, who is probably best known for playing Deborah in 1990s sitcom Men Behaving Badly, was told that she would be in a wheelchair by 60.

At 61, determined Leslie is able to walk and sometimes without the use of her walking stick.

In a new interview she has revealed that at the time she was only given a “slight hope” of recovering.

“They said I’d be in a wheelchair by 60 because of my terrible hips and knees,” the actress told The Sun.

“I was only given a slight hope of recovery but because I wanted it enough I was able to achieve what I have today.”

Leslie went on to say that her benchmark was to walk with a walking stick, but, even then, the actress was warned that she would always be looking down at her feet.

“I was determined to get past it, and I did,” she proudly said of her achievement.

The mum-of-two’s health woes began when she was pregnant with her eldest son Joe, now 31.

Leslie is also mum to Max, 28, who she shares with husband Lee Chapman.

The TV star contracted toxoplasmosis two months into her pregnancy.

Several years later she was admitted to hospital with two cracked ribs, but after being discharged, Leslie went home and lost all feeling in her legs.

The actress sued Chelsea and Westminster Hospital where she had been treated and won a £5 million pay-out.

The figure was record-breaking and said to reflect her lost earning potential as an actress.

Men Behaving Badly, which is approaching its 30th anniversary, ran for six seasons from 1992 to 1997.

It also starred Neil Morrissey as her love interest Tony and Martin Clunes as his roommate Gary.

Leslie confirmed that there have been talks of a reunion with her former castmates but believes that a new episode is unlikely.

However Neil, 59, told Lorraine Kelly during an appearance on her breakfast show in April, that he would love to bring back the series.

“If there’s a script – because in my game everything starts with a script – and if the script is good because Martin and I and Leslie have all said of course we’ll do it.

“So we need to get Simon Nye [the show’s creator], nail him down and get him to write a series.”

Leslie, who found fame in 1979 film Quadrophenia, went on to star in BBC media drama Holby City playing Vanessa Lytton after taking a break from acting to concentrate on her health.

“As long as I can walk without a stick and without looking at my feet, I know I’m doing just fine,” she went on to say.

In June this year it was announced that she was reprising the role in sister show Casualty.

Before her health woes she also appeared in police drama Merseybeat and Where The Heart Is.

How old is new Strictly Come Dancing pro Cameron Lombard and is he single?
World News