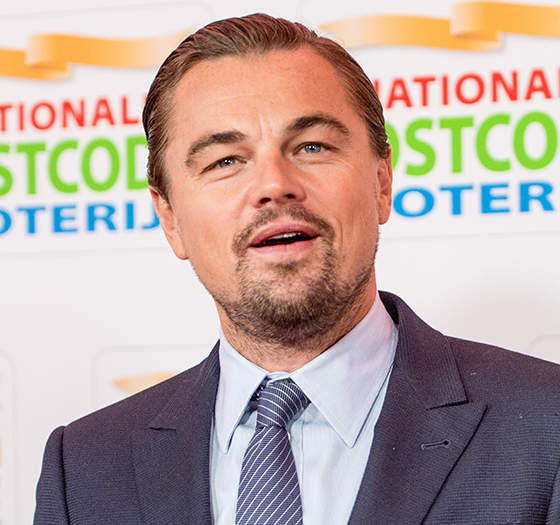 What do you do when you’re richer than everyone, have dated every twenty-something in the Victoria’s Secret catalog, flown private for years despite constantly campaigning for climate change and vaped at the Golden Globes? I’ll tell you. Leonardo DiCaprio is trying to solidify his already stalwart place in the Douche Bag Frat Boy Hall of Fame by spending his millions on some ancient dinosaur bones. What a great conversation piece. He can teach the models he dates how to say “stegosaurus”.

Page Six is saying that the Pussy Posse/Wolf Pack/Venereal Caravan Leader is thinking of buying some bones which were on display during Art Miami. The fossils are part of an exhibition called “DeXtinction” from Avant Mining and Interprospekt. Leo is apparently thinking of adding the $2.5 million piece to his collection of high-class art. And he probably still feels some type of ways after he lost that auction to Nicolas Cage for the stolen tyrannosaurus skull. Retribution is here!

Last year at Art Basel Miami, Page Six reported that Leo was interested in an $850, 000 Basquiat piece, so spending tons of money on art is what Leo is all about. The specific piece of art Leonardo is hungry for this time has the 150-million-year-old skeletons of an allosaurus mom and child, both excavated from Wyoming in a two-year process. Wow, I think we can say without a doubt this is the oldest female Leonardo has ever been interested in. And she comes with a child? Wow, has Leo grown and reached maturity?

Maybe all of those rumors about how he’s thinking of settling down with his 21-year-old girlfriend Camila Morrone are actually true? This could be like the next step in their relationship. He’s making sure when she moves in she has everything she needs. No, not high class art to look at: dinosaur bones to use as a jungle gym.

Which 'RuPaul's Drag Race' Christmas Special Queens Will Be on 'All Stars 4?' – The Cheat Sheet