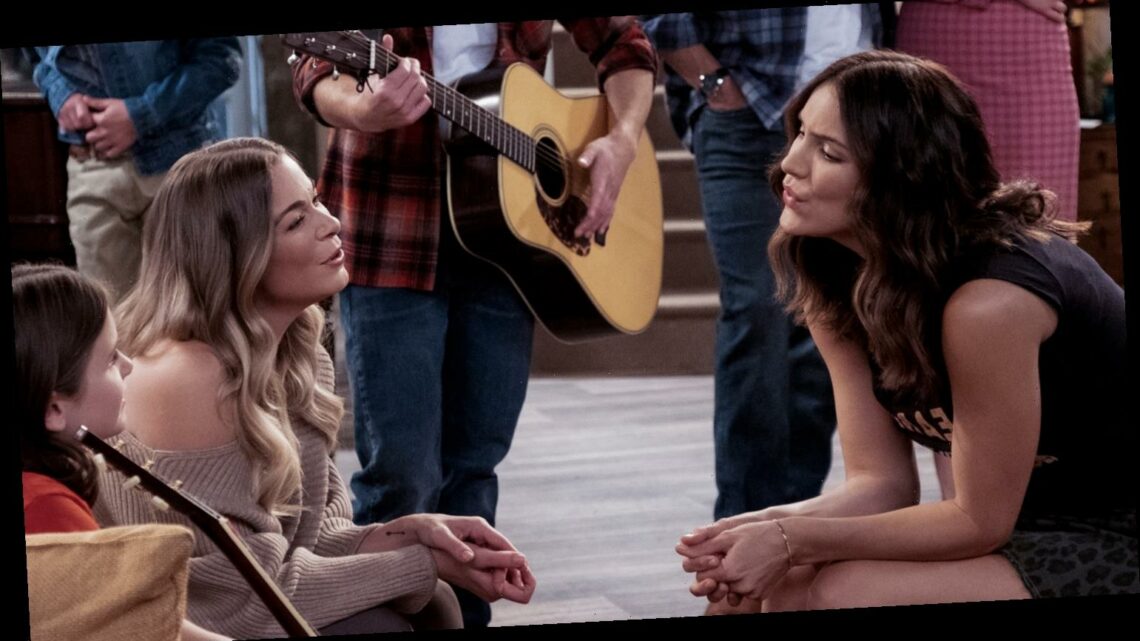 LeAnn plays herself during a cameo in episode five and she helps give the show one of the most touching moments of the season.

Eddie plays a widowed single father raising five kids with the help of a nanny named Bailey, played by Katharine McPhee. We learn that his late wife loved LeAnn Rimes‘ music and when she comes to town for a concert, Bailey plans on taking one of the kids to the show. After some things go wrong and they don’t see the concert, Bailey ambushes LeAnn outside of the venue and convinces her to surprise the kids at home.

When LeAnn shows up at the house, Eddie‘s character remarks how she looks so much like his late wife, giving the audience a wink-wink moment. She ends up singing her songs “I Need You” and “Can’t Fight the Moonlight” with the family.