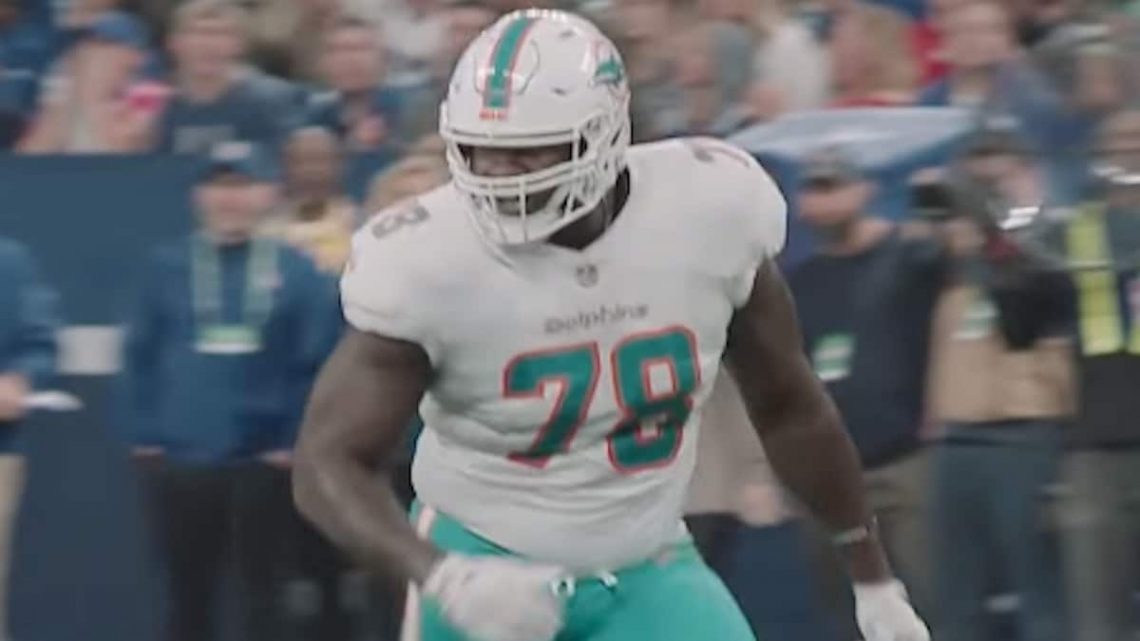 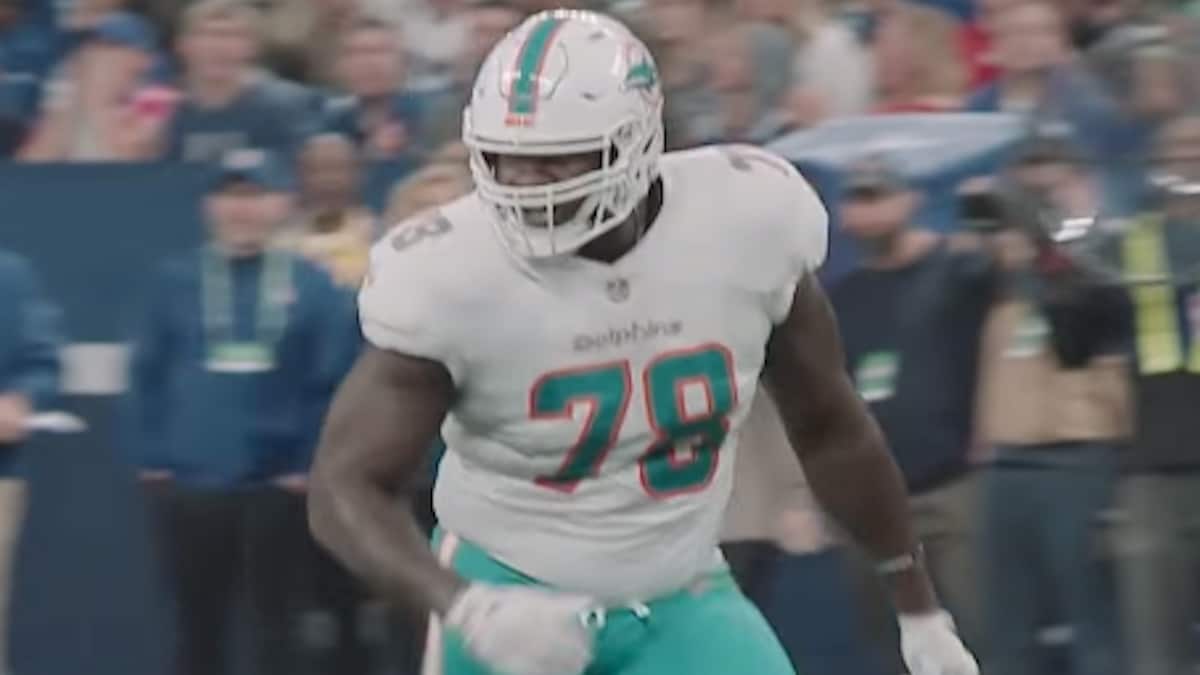 On Saturday, the Miami Dolphins officially traded their offensive tackle Laremy Tunsil to the Houston Texans. The reports of that blockbuster deal which also saw Kenny Stills going to Houston has caused the infamous Laremy Tunsil gas mask GIF to start circulating again.

So for those not in the know, what’s the story with the former Dolphins star’s gas mask that became a viral GIF?

Back in 2016, everyone considered Tunsil amongst the top five NFL draft picks. Prior to any sort of Laremy Tunsil gas mask GIF incidents, he was projected to go to the Baltimore Ravens who had the No. 7 pick. However, misfortune struck, with Tunsil off-field habits popping up online.

Per Deadspin’s 2016 report, they received an anonymous tip in an email along with a video. It was said to be the projected No. 5 pick “smoking drugs (crack or weed) from gas mask.” The anonymous sender was also “looking to sell.”

Deadspin didn’t bite on the offer, even after the emailer replied “Yes” to their “Is it Laremy Tunsil?” question in an email. However, the video still surfaced online with Tunsil reportedly the victim of someone hacking into his Twitter account to tweet the 40-second video.

The video was deleted shortly after it went up. It went up again and was deleted again. Still, it turned into a Laremy Tunsil gas mask GIF thanks to internet users working quickly. It also was online long enough to harm Tunsil ahead of the 2016 NFL Draft. Here is that popular GIF:

Ultimately, Tunsil blamed his stepfather for hacking his account to post the video as the two were involved in a legal battle. The OT still ended up as a member of an NFL team with the Miami Dolphins drafting him at No. 13 overall in 2016.

He’s played for the Dolphins for his career, up until this weekend. There was speculation that the gas mask video and GIF ended up costing him millions due to his fall from that Ravens’ draft spot, though.

While Laremy Tunsil ended up with a Miami Dolphins team that wasn’t very successful during his three seasons there, he may be getting the last laugh. Tunsil, known for that gas mask GIF, will suit up for the Houston Texans this coming season. They’re considered odds-on-favorites to win their division now that Andrew Luck retired from the NFL.

The trade is considered a major deal for Houston, as they were able to move disgruntled defensive star Jadeveon Clowney to the Seahawks on the same day. They also made a deal with the Kansas City Chiefs to acquire running back Carlos Hyde. Now they’ll have Tunsil on the front line to help protect Hyde and quarterback Deshaun Watson from menacing defenders.