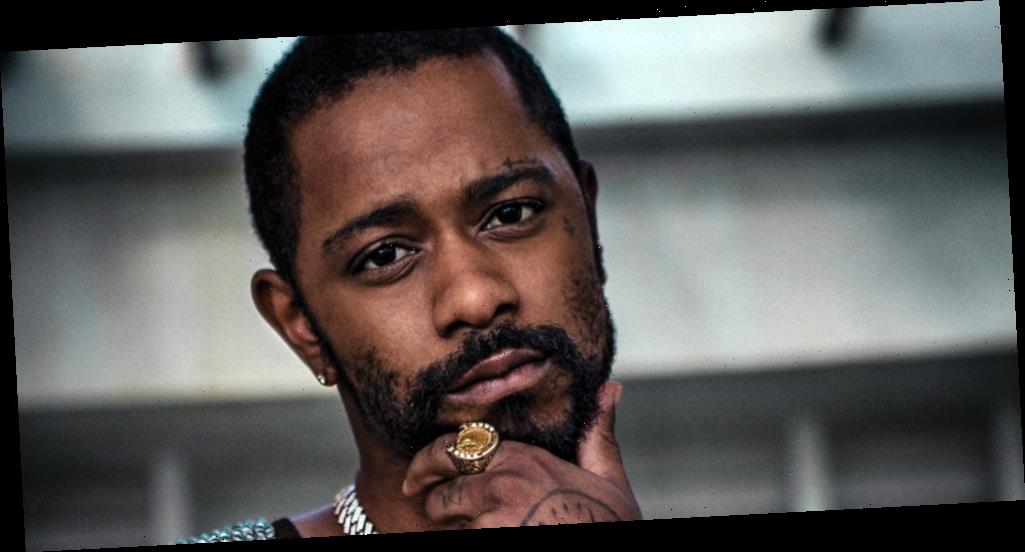 Lakeith Stanfield goes shirtless under his tweed jacket in this shot from his Flaunt magazine cover story.

The 29-year-old actor, wearing Bottega Veneta in the feature, opened up about taking on the role of William O’Neal in Judas and the Black Messiah – a role that just earned him his first Oscar nomination.

“I realized that in order to be able to play him, I had to find some human element that aligned me with him,” Lakeith told the magazine about playing the role of the historical Black Panther member and secret FBI agent.

He adds, “People aren’t only what they do. There’s a multiplicity and complexity to what it means to be human, and I wanted to find those details, to see if I couldn’t attack it from that way.”

Lakeith added that he can’t “really seek to ‘justify’ what he did, because to me that’s kind of the same as judging it. But I did want to just understand…What I came up with was better than my initial judgement, which was just like ‘F*** this guy, he’s just this fearful coward, he sold out Chairman Fred Hampton.’ While there may be some truth to some of those things, I think he wanted to be free. He wanted the same things that Chairman Fred Hampton wanted—to an extent. Freedom. To be free from the shackles of things that you feel are oppressing you.”

Judas and the Black Messiah, also starring Daniel Kaluuya, was also nominated for five other categories, including Best Picture. You can watch the trailer for the movie here…

Lakeith also opened up about playing the villain in the movie.

“Sometimes things that are heroic don’t always look heroic…Sometimes you have to say and do things that are maybe not so favorable, for the betterment of pushing and moving things forward, and making a better life,” he says. “All of those things to me, are heroic things. If you can live life in the spirit of that truth, then you, my friend, are a hero.”