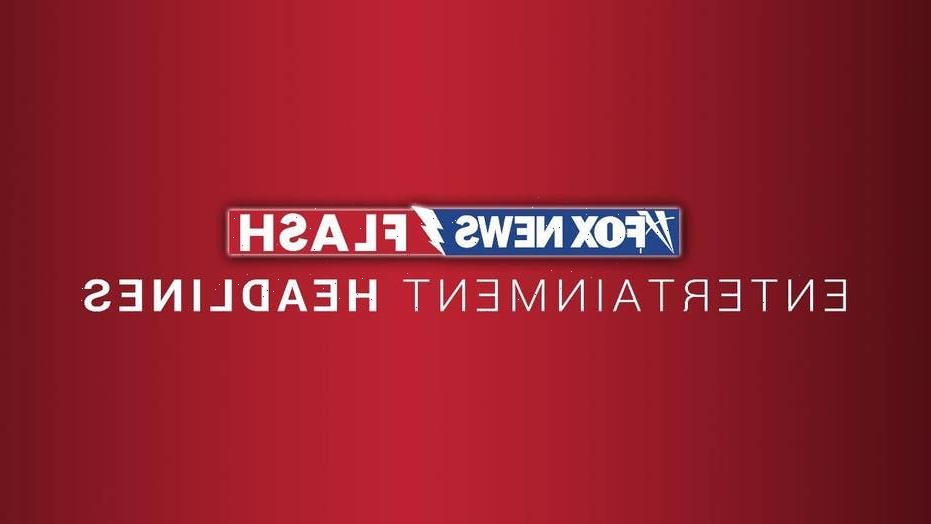 Forget about the friendly skies.

It was flying hell in business class for Kourtney Kardashian, 42, on her Delta flight from Los Angeles to New York on Wednesday when the reality star frantically searched for a phone.

The eldest Kardashian sister raised a stink when boyfriend Travis Barker, 45, dropped his phone between their business-class seats as the plane was departing the tarmac. 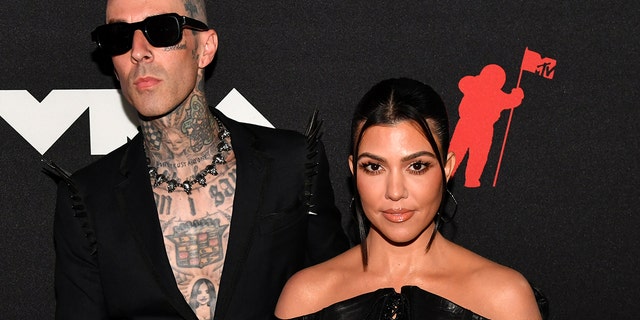 Travis Barker and Kourtney Kardashian made their red carpet  debut at the 2021 MTV Video Music Awards at Barclays Center on September 12, 2021 in the Brooklyn borough of New York City.
(Photo by Jeff Kravitz)

As the plane was taking off, Kardashian started “frantically searching” for the phone and demanded “five more minutes” when the flight attendant asked her to take her seat, a passenger on the flight told Page Six.

“She got into a bit of a kerfuffle and was quite bratty. She was not nice and was very much acting like a child,” they said.

Barker remained in his seat and the flight attendant asked the “Keeping Up With the Kardashian” star to remain in hers, but “she was freaking out and kept saying, ‘give me five more minutes,'” the source said.

“[The phone] fell underneath one of those crazy reclining chairs in [business class]. She was the one looking for it, and he was not moving. She was in the aisle and was even bending over and using the light from her phone to search for it,” the passenger told Page Six. 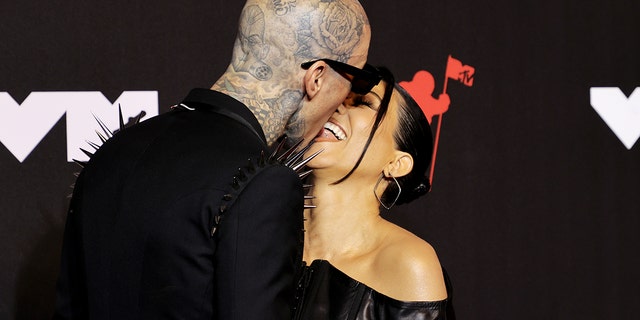 They eventually retrieved Barker’s phone after the flight attendant spent “the next two hours… dismantling the chair,” the source said.

A source close to Kardashian, however, disagreed with the story, explaining, “it only took five minutes to dismantle!”

“She didn’t ask for five more minutes, and the flight attendant felt so bad for rushing her, she apologized and made an announcement to help them on the flight. The passenger is exaggerating,” they claimed.

Barker was critically injured after surviving a horrific plane crash in 2008 that left four people dead.

In a recent interview with Nylon Magazine, he revealed it was Kardashian who recently helped him get on a plane again after 13 years.

“I’m invincible when I’m with her. It’s like I never dreamed, I never even considered flying again,” he said.

The couple flew to Italy over the summer for a vacation, after also jetting off to Cabo San Lucas, Mexico.

Kardashian’s rep did not get back to us.