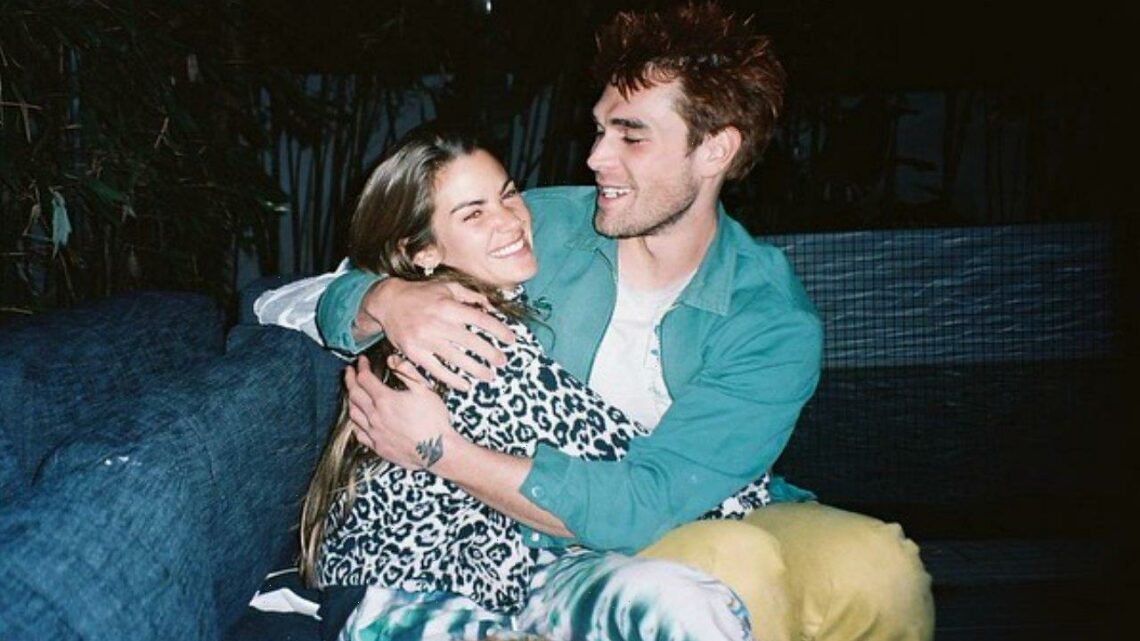 The actor best known as Archie Andrews in The CW drama series announces girlfriend Clara Berry’s pregnancy by putting her baby bump on display in a photo he shared on social media.

AceShowbiz –KJ Apa has given his “Riverdale” co-stars a reason to celebrate. More than a year after being linked romantically to Clara Berry, the actor playing Archie Andrews in The CW drama series announced that he and the Victoria’s Secret model are expecting their first child together.

On Wednesday, May 19, the 23-year-old actor shared an Instagram photo of him and his 27-year-old girlfriend lounging on a couch. In the image, she could be seen flaunting off her bare baby bump. While he left his caption empty, his girlfriend turned to her own account to offer a series of maternity shots.

In the photos shared, Clara put her growing belly on full display while wearing a matching Fendi set. She tagged KJ, and used a kid emoji and an egg cooking emoji in the caption. Her post got KJ to note in the comment section, “she’s pregnant btw.” Clara in return replied, “We are.” She added a heart emoji in her reply. 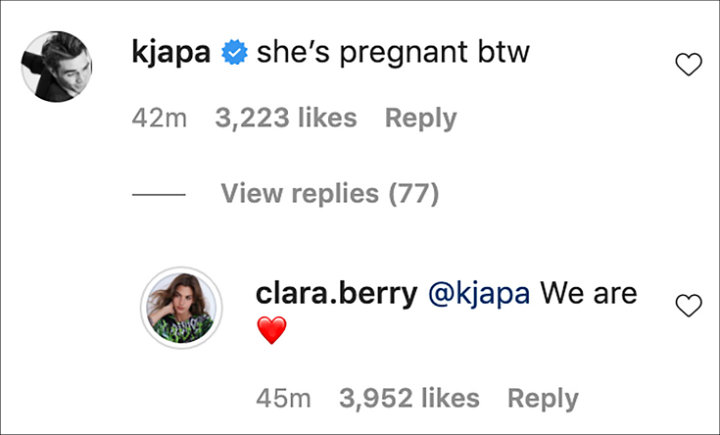 KJ’s baby announcement has apparently excited many of his “Riverdale” co-stars. Vanessa Morgan, who has a 4-month-old son with Michael Kopech, wrote in the comment section of KJ’s post, “Rivers soon to be bestie.” Camila Mendes, in the meantime, stated, “another nenem on the way,” whereas Lili Reinhart and Madelaine Pesch used emojis to send their congratulations.

They were not the only ones happy for KJ though. The actor’s “I Still Believe” co-star Britt Robertson joined in the celebration by writing, “congrats KJ!!” Actress Inanna Sarkis, who became first time mother in September 2020, chimed in, “Ahhh congrats!!! Welcome to the club.”

KJ first sparked rumors of him dating Clara in December 2019. At the time, he was noticed to have started liking her Instagram posts. In February 2020, he put out a picture of him kissing the model with a caption that read “Coup de foudre”, which translates to “Love at first sight”. He has since deleted the post.

In August that same year, KJ shared on Instagram a series of Clara’s naked pictures taken during their vacation together. In the caption of the post, he simply wrote, “There’s nowhere else.” Months later, he celebrated her 27th birthday with an Instagram Story tribute. Along with a photo of them cuddling up in the bathroom, he wished her a happy birthday.