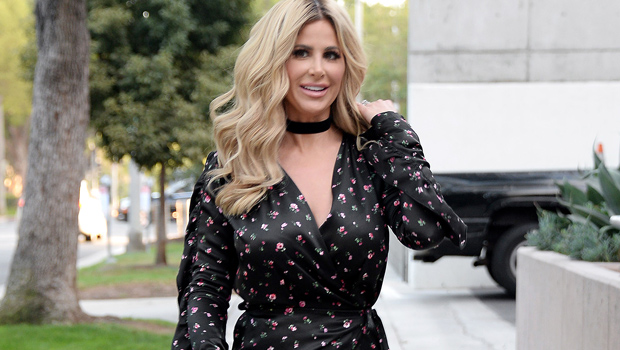 Kim Zolciak didn’t hold back her feelings about not wanting to appear on ‘Real Housewives of Atlanta’ again when she gave an open interview to ‘OK!’ about her negative experience on the show.

Kim Zolciak, 40, only appeared on a few episodes of the popular series Real Housewives of Atlanta, when she made her highly anticipated return to its 10th season in 2017, but apparently that was enough to convince her to never go back again! The reality star opened up about her negative experience with filming the show, and even admitted to not watching it on TV when she gets a chance. “F**k no,” she told OK! in an interview. “I do not [keep up with the show at all]. No. Last year was enough for me to handle. I will never go back to Housewives again.”

Kim’s shocking statement is a result of her feeling the show has not progressed in the way she thinks it should, and she admitted that when she initially decided to return in season 10, it was because she was “oblivious to the lack of growth.” “I like positive happy fun things, you know? And I feel like [the show and its environment] can be [filled with] a lot of negativity,” she explained. As fans of the show know, Kim first appeared as one of the original housewives on the series when it premiered in 2008, but left during its fifth season in 2012 and started her own spin off show, Don’t Be Tardy.

When it comes to her former RHOA co-stars, Kim said that although she hasn’t kept in touch with them on a regular basis, she does reach out in big life moments, like when Nene Leakes‘ husband, Gregg, was diagnosed with cancer last June. “I reached out to Nene when Gregg was diagnosed [and sent them a care package] and I congratulated Porsha [Williams] on the pregnancy,” Kim said. “I don’t know that there’s a whole lot of animosity [between me and the rest of the cast]. I just [think] we all kind of have our own separate lives…or at least I do.”

That separate life includes her own show. Although Kim has seemed to write RHOA off completely, it hasn’t stopped her from filming her family reality series, Don’t Be Tardy. Season seven of the Bravo show will premiere on Feb. 17 at 9 p.m. and a new episode of RHOA premieres the hour before at 8 p.m.