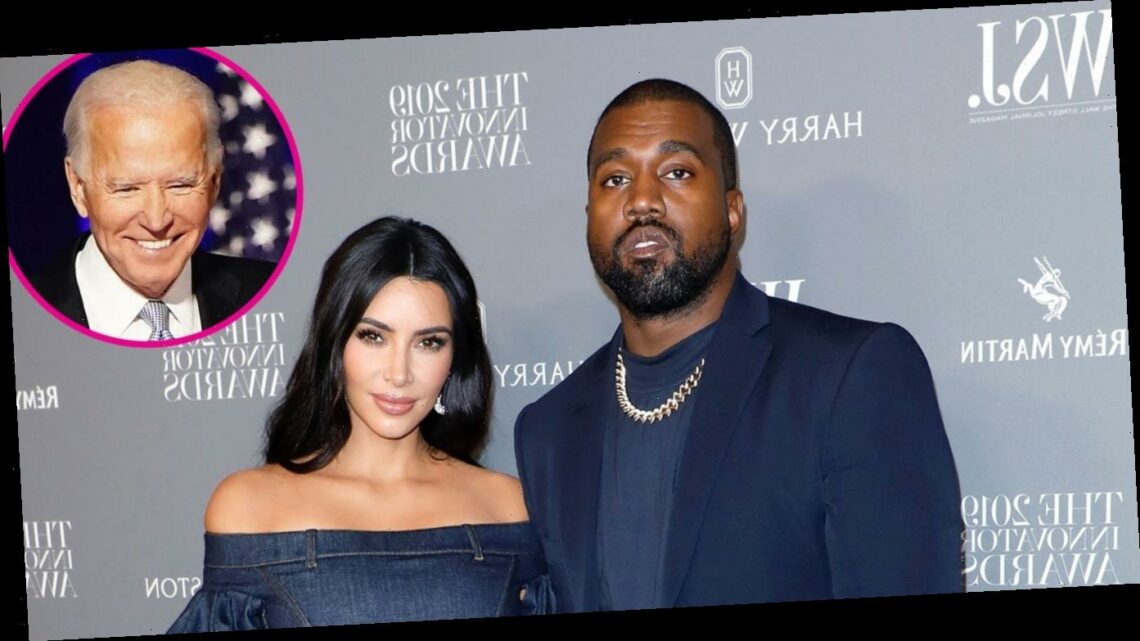 Election Day may have been interesting in the Kardashian-West household. Kim Kardashian took to social media to show love for both her husband, Kanye West, and President-elect Joe Biden.

Stars Voting for the First Time

The 40-year-old Keeping Up With the Kardashians star was among the many stars to congratulate Biden, 77, on Saturday, November 7, after he won the 2020 presidential election over incumbent Donald Trump. Back in July, West, 43, announced he was running for president, but he failed to get his name on the ballot in all but 12 states on Tuesday, November 3.

Kardashian captioned an image of Biden and Vice President-elect Kamala Harris with three blue heart emojis on Saturday via Twitter. She also reposted a video of Harris, 56, calling her running mate after the news broke and “liked” several pro-Biden tweets. The KKW Beauty mogul later shared two photos with West on vacation.

“🌊,” Kardashian simply captioned one snap with her husband of more than six years on Sunday, November 8, via Instagram. It’s unclear if the photos are from Kardashian’s island getaway for her 40th birthday in October or from a current vacation.

The KKW Beauty mogul previously played coy about who she was voting for in the election. The Grammy winner, who ran under the “Birthday Party,” received approximately 60,000 votes on Tuesday. West also voted for himself, writing his name on the ballot in Wyoming, where he frequently stays with or without Kardashian and their four kids: North, 7, Saint, 4, Chicago, 2, and Psalm, 17 months.

“God is so good. Today I am voting for the first time in my life for the President of the United States, and it’s for someone I truly trust … me,” West tweeted on Tuesday.

Other members of the Kardashian family, including Khloé Kardashian and Kendall Jenner, were vocal about their support for Biden after the results were in on Saturday. The Revenge Body host, 36, also recently clapped back at a social media user who accused the famous family of not using their platform to encourage voting.

“My family & I have encouraged the importance of voting, registering to vote and using your platforms,” Khloé tweeted on Wednesday, November 4. “We have been posting for weeks/weeks where people can register. Where people can vote. We have made it super simplistic/easy. Please be fully informed before u make untrue claims.”

The adorable way Rupert Grint made his Instagram debut