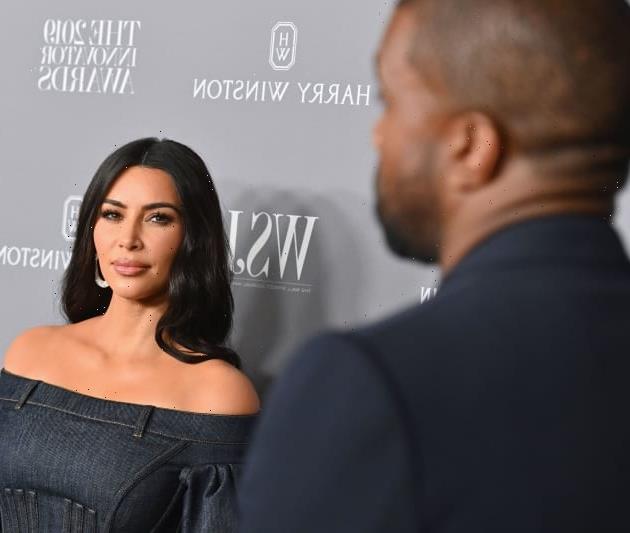 Kim Kardashian appears to have learned that lesson a little too late, and divorce has not made her ex any wiser.

Kanye West’s new songs continue to refer to their split and their ongoing lives.

One of his latest songs takes shots at Kim’s parenting, accusing her of relying upon nannies and taking credit.

Kanye West put Kim on blast in the lyrics to his recent track, “Eazy.”

“I got love for the nannies, but real family is better,” he says during the song.

That was almost universally perceived as an attack on Kim as the mother of their four children.

It’s clear that Ye is suggesting that Kim takes credit for parenting that is “actually” done by employees.

An inside source close to Kim Kardashian spoke to People about how she is feeling after this public callout.

“It was a low blow for him to start knocking her for having nannies,” the insider began.

The source added: “A lot of her friends don’t think it was right either.”

“Of course she has nannies,” the insider emphasized.

“She has four kids,” the source noted. “Kim is living her life.”

The insider continued: “She’s juggling her career, her dating life.”

This is not Kanye’s first instance of excessive clownery in the face of their split.

There was, of course, the time when he publicly alleged that he wasn’t invited to celebrate Chicago’s birthday with family.

Additionally, he publicly invited Kim to come back to him while performing on stage — in front of Kim and North, who were in the audience.

“[Kim] is very hurt by the fact that he keeps airing their relationship and their custody in front of the world,” the source reasoned.

“She believes that’s the one thing that’s sacred,” the insider described.

“But this is not his place to turn everything into a circus,” the source explained, “and that’s what she feels like he is doing.”

It is certainly true that Kim has been playing things very close to the vest amidst this divorce.

She has not been livestreaming the process or doing rounds of interviews about the day-to-day details of their conscious uncoupling.

Kim has also been playing coy about her romance with Pete Davidson, even after it became very public news.

Kanye, it seems, cannot be bothered to do the same.

This is the same guy who blurted out that Kim considered an abortion instead of having North, so … that’s not exactly shocking.

Kim and the rest of the world are aware of Kanye’s mental illness, but many wish that he cared about his family enough to manage it with medication.

As for the nannies accusation, Kanye seems to be indirectly accusing Kim of using nannies more than she should.

First of all, in a two-parent family with four young children, children are likely to receive more individualized attention with nannies than without.

By which we mean that even if Kim stopped doing anything but parenting, she is still only one person. A team of nannies can simply do more.

Additionally, while nannies are certainly a rich people solution, childcare is a nearly universal problem among parents.

Often, grandparents play a major role in childcare, sharing time, experience, and resources that that their adult children do not yet have.

In too many families, childcare is also supplemented by the eldest child, especially by an eldest daughter.

Truth be told, Kanye should be grateful that North has not become an involuntary caregiver to three children who are not hers.

If you think that 8 is too young to watch after little kids, you may be right … but that doesn’t stop it from happening.

Thankfully, not in this case.

There is more to that than being an unfair responsibility to put on someone who is a child themselves.

An overly put upon eldest child becoming a mini-parent doesn’t resolve all of the childcare needs of the other children, let alone their own.

Kim is doing the right thing for her children by ensuring that they have constant care and attention.

Also, let’s be honest, Kim is also providing a tremendous amount of care and attention to her kids.

Yes, she is a working mom. Yes, there are four of them.

But Kim is one of those people who is always doing things. One of those things is being a mom.